Did An Audience Member's Coughing Help Win $1.5 Million On "Who Wants To Be A Millionaire"?

By Paula Wilson on April 27, 2015 in Articles › Entertainment

Admit it. Secretly you want to win a ton of money on a game show. We all do. How many times have you found yourself sitting at home yelling answers at the television screen during your favorite game show? So, if you actually made it on to your favorite show, what would you do to win? How far would you be willing to go? Would you be willing to cheat? Deception is a strange thing, and depending on how large a deception it is, it can be easily brushed away, or make a massive mess. In the case of Major Charles Ingram, a contestant on the British version of "Who Wants to Be a Millionaire?", deception was taken to a whole new level. All it took was a surprisingly simple plan, some solid acting skills, and a little help from his friends. Here's how Charles Ingram won 1 million GBP (approx. 1.5 million USD) on "Who Wants To Be a Millionaire?" via a simple cheat, and what happened when his deception was discovered.

Charles Ingram was born in Derbyshire, United Kingdom on August 6, 1963. He went on to attend Oswestry School. He joined the Army in 1986, and was promoted to captain four years later. He became a major in 1995, and worked as a NATO peacekeeper in Bosnia in 1999. Along the way, he also earned a BSc in Civil Engineering from Kingston Polytechnic and an MSc in Corporate Management from Cranfield University. In 1989, he married a woman named Diana, and they went on to have three daughters together. Charles and Diana. It was the stuff of fairy tales. 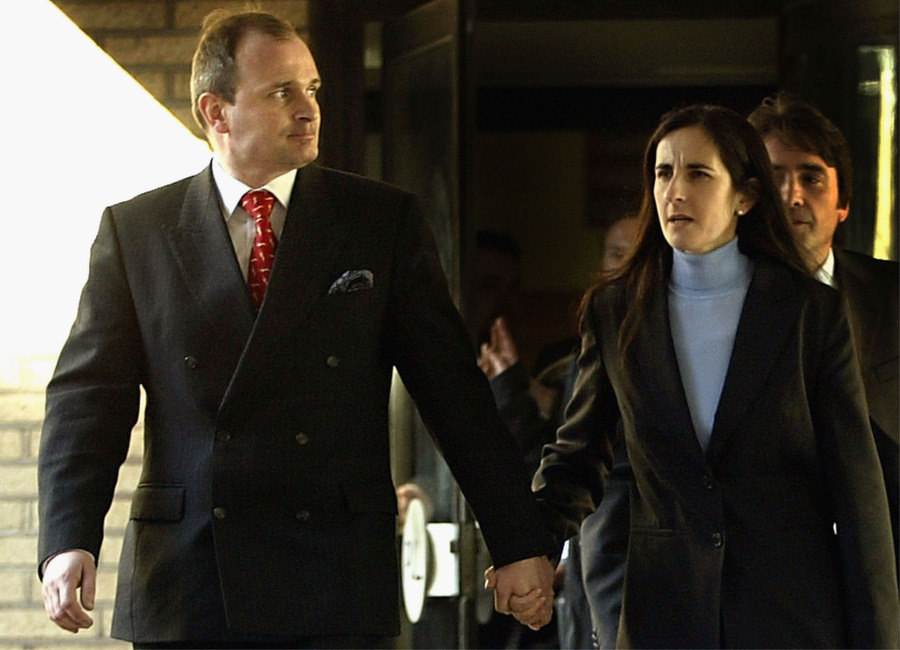 In the late 90s and early 2000s, Diana Ingram and her brother Adrian Pollock, both appeared on "Who Wants To Be a Millionaire?". Both were stumped at the 64,000 GBP question and went home with 32,000 GBP.

On September 9, 2001, Charles Ingram appeared on the show. He won the "Fastest Finger" round and advanced to the next round. He used his "lifeline" and his "phone-a-friend" options with the first two questions, then the first day of filming wrapped. When he returned the next day, he said he was going to be "more assertive" and "show a bit more self-commitment".

On the next day of taping, September 10, 2001, Charles ended up winning the £1 Million grand prize! That's around $1.5 million USD. Amazing, right?! Well, this was where things started to get a bit wonky.

Everybody coughs. And if you're an audience member at a TV show, a coughing fit can occur at some seriously inopportune moments. However, when producers went back and re-watched footage to edit it together for broadcast, they began to notice a strange pattern. Whenever Ingram seemed to get stuck, hesitate, or ponder an answer, he would say all of the options one at a time and then a cough would be heard right after he said the correct answer. It began to look more and more as if this these coughs were planned rather than random.

Ingram had already received the 1 million GBP check for his win and gone on with his life when the production company in charge of "Who Wants To Be a Millionaire" decided to take him to court for cheating!

The trial began in March of 2003. Four weeks later (including three and a half days of jury deliberation) Ingram, his wife Diana, and a third accomplice, Tecwen Whittock, were convicted of one count of "procuring the execution of a valuable security by deception." Their punishment was a combination of prison time and fines. The prison sentences, 18 months for the Ingrams and 12 months for Whittock, were suspended. They were fined an additional 25,000 GBP each, and the Ingrams were subsequently fined an additional fee of 65,000 GBP. The Ingrams ended up paying nearly 115,000 GBP in fines and legal fees. Additionally, Ingram was ordered by the Army to resign his position as major in the military. The Ingrams subsequently filed various appeals and Mrs. Ingram's fines were cleared. Charles Ingram's fines were eventually reduced, but the damage had been done. The Ingrams ended up filing for bankruptcy in 2004 and 2005.

The Ingrams and their story of deception began a ratings bonanza for multiple British and American broadcasters. Programs about the Ingrams and "Who Wants To Be A Millionaire?" such as "Tonight with Trevor McDonald – Major Fraud" and "The Final Answer" drew millions of viewers. Multiple books and exposes were published about the case as well, with many casting doubt on whether the coughing was actually cheating.

Charles Ingram and Whittock continue to maintain that they were innocent of any wrongdoing to this day. At the time of the trial, Whittock told the jury that he had severe allergies and was having coughing fits throughout the broadcast. The only time he didn't cough was when he was sitting in the hot seat – after having downed as much water as he could in order to keep from coughing while on camera. According to the team that analyzed the tapes prior to the trial, 192 coughs were recorded throughout the trial, but Whittock's were noticeably louder and seemed to be at specific times.

"Who Wants to Be a Millionaire's" host, Chris Tarrant said he never noticed the coughing, but that his attention was understandably elsewhere. Another contestant, Larry Whitehurst, felt that the coughing had a pattern, and stated that he'd noticed it throughout the taping of the episode in question. The video of the episode that was shown at the trial was "doctored" to to raise the volume on the coughs that were supposedly coming from Whittock. Since it was necessary to raise the volume on the coughs for the purposes of the trial, this cast doubt on whether Ingram would have been able to pick them out of all the other noise during the actual taping of the show. The case has continued to fascinate the public and a book was published in January of 2015 entitled, "Bad Show: The Quiz, The Cough, The Millionaire Major".

For his part, Charles Ingram has gone on to appear on other reality shows, including "The Weakest Link", "Wife Swap", "Hell's Kitchen", and "Big Brother's Big Mouth". He has also published two novels, both thrillers, "The Network" and "The Siege". Whether he cheated or not, he's managed to carve out a living from the remnants of his former life. Everyone wants to win a game show, but Charles Ingram probably rues the day he ever settled into the chair at "Who Wants To Be a Millionaire?".