How To Destroy A 1,400-Year-Old Family Business

By Paula Wilson on February 18, 2015 in Articles › Entertainment

In the corporate world, nothing is more embarrassing than being the CEO who runs a company into the ground. Take for example Jeff Skilling of Enron, Dick Fuld of Lehman Brothers, or George Shaheen of Webvan. All three of these former CEOs were at the helm of three of America's most embarrassing corporate disasters of all time. Skilling's tenure as CEO was such a failure, he was personally fined $45 million and imprisoned for 172 months as a result of his "performance."

Webvan had been in business just five years before its collapse, so at least for Mr. Shaheen, it wasn't as though he destroyed a cherished American institution. In Jeff Skilling's case however, Enron had been in operation for more than 70 years and had many admirers. And Lehman Brothers was something of an icon in the financial services industry with a history that spanned over 158 years. So in terms of having been responsible for destroying a legacy, Dick Fuld and Jeff Skilling have the most of which to be ashamed. Then again, even their massive failures weren't as bad as if they had destroyed a 1,400-year-old family business that held the record for having the longest-running corporate history of all time! That dishonor belongs to a Japanese businessman named Masakazu Kongo. Prior to Masakazu Kongo taking over as CEO, Kongo Gumi had been in existence for 1,428 years. (He could probably hear his relatives rolling over in their graves after he was done with the company.) So what brought the oldest continuously operating family business in the world to its knees? Turns out, it was just two small business decisions that created very ugly ripples…

The Kongo Gumi Co, Ltd. began when an immigrant temple builder decided to launch his own business in 578 AD in Osaka, Japan. Prince Shotoku, who served as regent to the Empress Suiko, ruled from 593 until his death in 622. He was heavily involved in Buddhism, and commissioned the construction of the Shitenno-ji in what eventually became Osaka. The immigrant temple builder was brought from Baekje (a region in present day South Korea) to Osaka to work, and he quickly recognized the possibility of a cottage industry. Buddhism wasn't going to go anywhere and Buddhists needed temples. Temple building formed the backbone of the Kongo Gumi company, and was its primary work for centuries. It also helped that the company did excellent work. They constructed a number of notable structures, including Osaka Castle, which is widely considered to be Japan's most famous castle, and a major player in Japanese unification, as well as the Horyuji Temple in Nara (pictured above with Masakazu Kongo in the foreground), a prime example of ancient Japanese architecture. 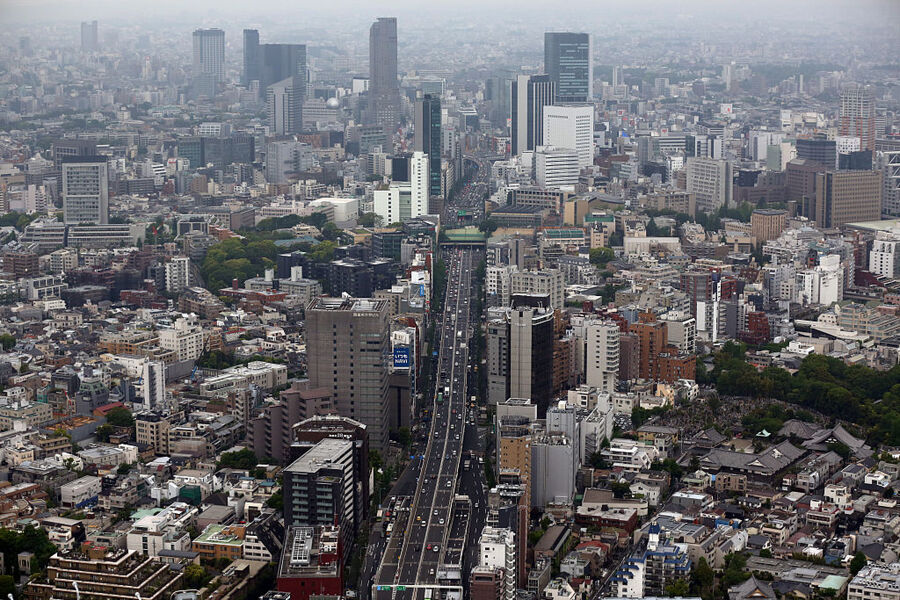 However, even a seemingly stable market like temple building has its ups and downs. Luckily, Kongo Gumi seemed better able to roll with the punches than many other businesses. The things the company did right serve as a clear blueprint for any family-owned business striving for longevity. Rather than the business passing to the oldest son each generation, the reins were passed to the family member, male or female, who showed that they were actually the best person for the job. In generations where there were only female descendants, any man who married into the family took the Kongo name, thereby ensuring that the family name continued. In instances when the market for temples started to take a dip, the company diversified. During the Meiji restoration in the 19th century, Kongo Gumi lost its government subsidy. It could have been disastrous, but they added commercial construction to their list of services, and were able to make up the difference and then some. During World War II, temple construction was the last thing on anyone's mind. The company switched to coffin construction and remained afloat.

With so much going for it – what happened? Truth be told, it had nothing to do with Masakazu Kongo. In fact, the two decisions were made before he ever became CEO, and on paper, they seemed completely intelligent. However, the business world can be incredibly fickle, and it all snowballed under Masakazu Kongo's tenure.

In the 1980s, Kongo Gumi decided to diversify by investing heavily in real estate. They borrowed money–a lot of money apparently–in order to this. Unfortunately, the Japanese real estate bubble burst in a big way in 1992, and the value of their assets shrank to next to nothing. As the 90s wore on, it also became clear that the demand for temple construction was slowing way down. By 1998, the industry that had sustained the company for centuries had all but dried up.

Though Kongo Gumi was boasting revenues of $65-$70 million throughout the early 2000s, those numbers were down 35% from previous years. Losing more than a third of your company's revenue is a blow, no matter how old your business is. They were so heavily in debt, that Masakazu Kongo was forced to lay off employees and tighten the budget in 2004. Two years later, in 2006, that debt was a whopping $343 million, and it finally forced the company into liquidation. Kongo Gumi was subsequently bought up by the Takamatsu company, another Japanese construction firm, and now exists as a subsidiary.

Some ideas seem great at the time, but can come back to bite you later. Whether it's a sports play or a business decision, it's nearly impossible to predict the future. All you can do is cross your fingers…and hope you don't ever find yourself heading up a failing 1,400-year-old company. Maybe the lesson here is to avoid debt at all costs 🙂