By Brian Warner on September 10, 2014 in Articles › Entertainment

Even if you're a casual Celebrity Net Worth visitor, you've probably noticed that I'm a little bit obsessed with the general concept of royalties. I just love the idea that it's possible to create something one time and earn money off that creation for the rest of your life. For example, did you know that British singer Sting earns roughly $2000 a day in royalties off "Every Breath You Take"? That's $720,000 a year from a song he wrote 30 years ago. Another great example is American author Harper Lee. More than 50 years after penning the only book she ever wrote, Harper earns $9200 a day in "To Kill A Mocking Bird" royalties. That's $3.4 million per year! Well, as awesome as those two examples are, they absolutely pale in comparison to what a Swedish video game designer named Markus Persson has pulled off in the last 5 years…

Back in 2009, Markus Persson, better known by his gaming handle "Notch", spent his summer developing a passion project that he eventually called "Minecraft". Thanks to word of mouth, this little passion project soon started to spread all over the world. Eventually, the game grew into a full-fledged gaming empire. An empire that earned Persson, a high school dropout, over $300 million in royalties between 2011 and 2013 alone. An empire that that Microsoft is about to buy for $2.5 billion in cash. Here's how it all happened…

Side question: Have you heard of Minecraft? Before writing this article, I only knew of it by name. When I asked 10 random friends, half had never heard of Minecraft, the other half knew it right away. I was originally going to title this article "This Guy Has Made $300 Million Off A Game You've Never Heard Of", but one friend told me that would be the same as assuming people had never heard of Halo or GTA. I also want to point out that no one I polled had ever actually played the game. But, as you're about to learn, we might be in the minority. 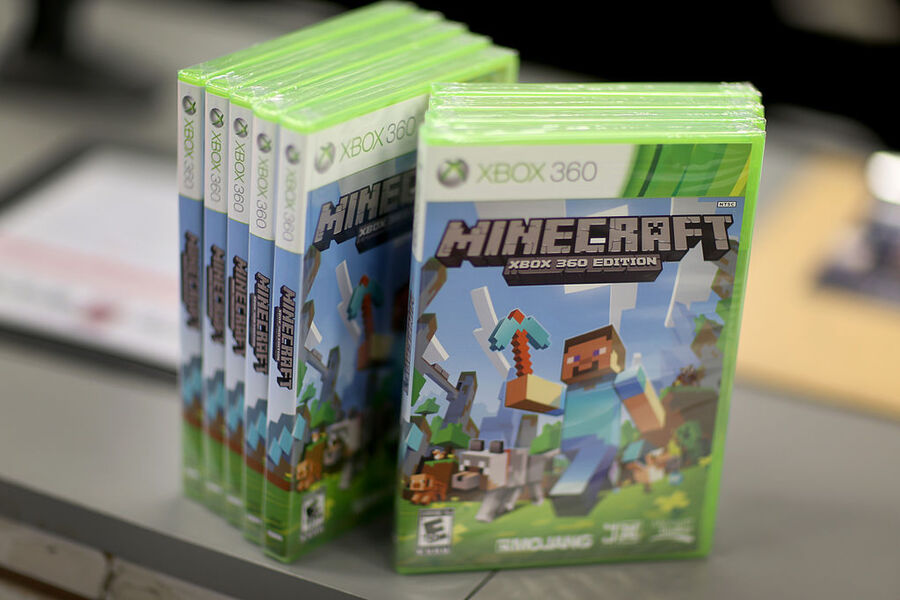 Markus Persson was born on June 1, 1979 in Stockholm, Sweden. He began programming at the age of 7 on his father's Commodore 128 computer. By the time he was 8, Markus had already developed his first game. At the age of 12, his parents divorced and Markus moved to a cabin in the country with his father, who worked for the railroad. His father soon showed signs of severe depression and symptoms of a bipolar personality and was sent to jail for robbery and substance abuse. During this rocky period, Markus sought refuge in learning how to program computers. When he wasn't programming, he would wander the vast forests surrounding that country cabin. He also was obsessed with Legos. If you've ever played Minecraft, you probably can see how the combination of long forest walks and hours spent playing with Legos clearly had a huge impact on Persson's future game development.

Markus dropped out of high school but was soon hired by a series of Swedish web design and development companies during the late 90s and early 2000s dotcom boom. In 2005, he was hired by Swedish game developer King Digital Entertainment (future maker of Candy Crush Saga). Markus spent the next four years working at King. In the summer of 2009, while still technically an employee of King, Markus developed what would eventually be known as Minecraft. He claims today that the bulk of the game's development took him just one week.

If you've never played Minecraft, it's sort of like a combination of Zelda, Second Life and Halo… built out of Legos. Minecraft is a vast open world built by the players themselves. There is no specific goal of the game. It might be best described as choose-your-own-adventure. Players use Lego-looking blocks to build anything they want. You could build a house, grow flowers, make tools, animals… weapons etc. Then fight off random invaders. Players can also create mini games where a bunch of people join a new server with nothing, build stuff up, then attach each other. The game is probably most famous for having fairly rudimentary (some would say crude) graphics.

Persson released Minecraft to the public on May 17, 2009 on his personal website. It cost 15 Euros. There were no in-game purchasing or up-selling from freemium to premium. After six months, only a small handful of people purchased the game. But word was spreading. In the first year, Persson sold a total of 20,000 copies. Then something changed.

By the middle 2010, Minecraft was selling 20,000 copies a day! By April 2011, 1.8 million copies of Minecraft had been purchased. And the Minecraft juggernaut was just starting to pick up speed. Over the next four years, 55 million people would eventually purchase a download key for Minecraft.

In 2010, the 31 year old Notch created a company called Mojang to control the development and distribution of Minecraft. Simultaneously, Persson decided to take on a more passive advisory role at the company. In return for allowing Mojang to market, control and develop Minecraft, Persson is paid an annual royalty of 42% of the company's profits.

Last year, a random reddit user posted a link to a story in the Swedish financial that showed Notch's monster income from 2012. Surprisingly, Notch himself jumped into the comments and started answering questions. When a user asked what it was like to have the whole world find out he made $101 million, he replied:

"It's weird as fuck. I grew up in a relatively poor family, but once I got a decent job, I never really had to worry about money… Now, all of the sudden, as a result of how modern society works, I managed to somehow earn a shit-ton of money. I still like playing games and programming, and once I had the latest computer and consoles, there really isn't much more to spend the money on than traveling. I might eventually get a driver's license so I can buy a car…

…I think the right way to use money like this is to set a decent portion aside to make sure my family is comfortable, spend some on living out your dreams, and then try to put the rest towards making society a better place. For me, this includes charities that help children, and charities that help promote freedoms I think are vital in the coming dozens of years."

Today it was revealed that Microsoft is on the verge of acquiring Mojang for as much as $2.5 billion cash. The acquisition, which was apparently instigated by Notch himself, will give Microsoft instant access to one of the most popular games in the world. A game that comes with an army of rabid fans who are already playing the game predominantly on Microsoft platforms like the PC and Xbox.

The acquisition might turn out to be a huge win for Microsoft. Mojang earns huge profits with minimal costs relative to its competitors. For example, Zynga employs 3000 people and in 2013 lost $37 million on revenues of $873 million. In the same time period, Mojang earned $300 million, roughly half of which profit even after Notch took his 42% cut. Oh, and Mojang employs 40 people.

And how will Notch make out in the acquisition? According to Swedish tax documents, Persson controls 71% of Mojang through his companies Notch Development and Notch Enterprises. 71% of the $2.5 billion purchase price is $1.7 billion before taxes. In Sweden, Notch will owe 56% on the first $5.66 Swedish Kroner ($800,000 USD). The remaining $1.699 billion will be taxed at 30%. That means roughly $500 million will be paid in taxes. After it's all said and done, when you add the money he had made prior to the acquisition, Notch's personal net worth will be roughly $1.3 billion. Not a bad haul for a little side project he worked on for a few weeks in the summer of 2009!