When we think of the wealthiest people in the world, we most often think of the Waltons (of Wal-Mart fame), Warren Buffett, or Bill Gates. However, if you go a bit further back in history, you'll discover that the wealth of the kings, queens, and rulers of yesteryear trumps the bank accounts of most modern day millionaires and even billionaires by a mile. In fact, during his time, one man controlled more wealth than Bill Gates, Warren Buffett, and the most wealthy member of the Walton family, Sam Walton, combined. That man was Mansa Musa I. With an adjusted net worth of approximately $400 billion, Musa is without a doubt the richest man to have ever lived. So who was he? And why haven't you heard more about him?

Emperor Mansa Musa I, also known as Musa of Mali (Mansa actually means "King of Kings"), was born in Mali, sometime in the 1280s. Mansa Musa came to be king in a rather roundabout way. His grandfather, Abu Bakr, was the brother of Sundiata Keita, the man who founded the Malian Empire. Neither Abu Bakr or his son, Faga Laye, ever took the throne, and Mansa Musa was appointed deputy ruler if the king ever went on an extended trip or pilgrimage to Mecca. He was appointed deputy under Abubakari II, who had visions of exploring the far reaches of the Atlantic Ocean. Abubakari sent 200 boats out into the sea, ordering they not return from their voyage until they had reached the far side of the Atlantic, or until they ran out of food and water, whichever came first. Quite a long time later, one boat returned, with tales of a great whirlpool that had drowned everyone. Abubakari didn't believe the captain's story, so he took 2,000 boats, and appointing himself head of the expedition, set off to find the truth. As the King's deputy, Mansa Musa became ruler in his absence. Abubakari II never returned, and Mansa Musa eventually inherited the throne. 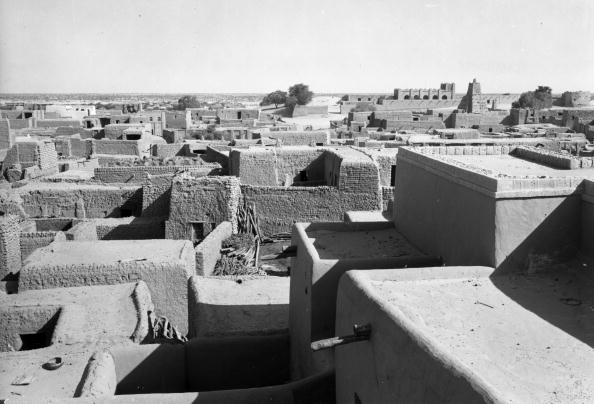 Much of Musa's wealth came from the production of mosques, madrsasas, and universities, many of which are still standing today. The University of Sankore was built during his time, and is still in existence. The quality of life in urban centers, such as Timbuktu, was vastly superior to other parts of the world at the time, largely due to the availability of work, and Musa's control of the gold and salt trades. When traveling throughout his kingdom on the way to Mecca in 1324, his procession included 60,000 people. Along the way, 12,000 of his followers carried four-pound gold bars, which he gave away to the poor everywhere he went. Unfortunately, this devalued the gold, especially in Cairo, Medina, and Mecca, and Musa subsequently borrowed as much gold as he could from money lenders in Cairo, even though it was loaned at a high interest rate. As a result, he now controlled the price of gold for all of the Mediterranean. He also controlled more than half of the world's salt supply. Between his gold and his salt, traders from as far away as Europe made annual trips to his kingdom from Venice, Granada, and Genoa, and this gave him the power to set prices as high he wanted.

In 1330, Mossi invaded Timbuktu, which Musa had annexed in 1325. He quickly recaptured the city, fortifying its boundary with a fort and a standing army. As a major seat for trade in the region, control of Timbuktu meant control of the flow of money. During his reign, Mali grew to have more than 400 bustling cities. Muslim scholars from abroad flocked to the University of Sankore to study, and Musa controlled everything from his massive palace in Timbuktu, which was constructed by architects imported from Andalusia in Spain. He also created one large system of government for most of the Western Sudan. Under his rule, the region was said to exist in "complete and general safety."

Records of how Musa died vary greatly, so it's unclear whether he died soon after returning from his pilgrimage to Mecca, or whether he continued to live for another ten years. His son, Mansa Maghan, became ruler in 1332, and his older brother, Mansa Suleyman, became ruler in 1336. Mansa Musa's period of rule is recorded as 25 years, but whether his reign ended in 1332 because of his death, or his resignation, remains unclear. What is clear, is that for over two decades, one man almost single-handedly controlled a massively wealthy empire with multiple major trading ports. Today, there aren't any billionaires who could command 12,000 people to carry four-pound bricks of gold on an incredibly long walk. Or even billionaires who could affect the price of gold by simply being in charge. Mansa Musa was not only the wealthiest man to ever live, but arguably the most powerful. This may be a good part of the reason his story is skimmed over in most textbooks. That aside, Mansa Musa is a clear, and perhaps rare example, of a very wealthy individual who held at least an equal amount of power to go along with it.