After A Decade Of Frustration, One Google Search Made This Antiques Collector $30 Million Richer. Amazing Story!

By Brian Warner on April 16, 2017 in Articles › Entertainment

We here at Celebrity Net Worth love reporting on stories of people accidentally stumbling into huge fortunes. There was the story about a Northern California couple that randomly found six rusty old cans filled with $10 million worth of 150 year old Gold Rush era coins… while they were out hiking with their dog. I immediately proclaimed that this was my favorite story of a found fortune of all time. Well, I may have spoken too soon. The story you are about to read involving a Midwestern scrap metal dealer and a $13,000 flea market trinket might easily take the crown. Not only is the outcome of this story absolutely amazing, how it all unfolded is completely insane.

After purchasing an antique at a local flea market, the scrap metal dealer wanted to melt his trinket down to turn a quick profit on the metal parts. Unfortunately, every smelter told him the metal was worth far less than the $13,000 he paid. So the antique sat on his kitchen counter for a frustrating 10 years. In 2012, this story took an incredible turn thanks to a random late night Google search. This Google search, that contained just three simple words, set off an Indiana Jones style adventure that wound up making this humble Midwestern man more than $30 million richer!

We begin our story a little more than 10 years ago at an antiques flea market somewhere in the Midwest. The kind of flea market where people come from all over to set up card tables covered with trinkets, heirlooms and other knickknacks. Our protagonist, who so far has decided to remain anonymous, is a local scrap metal dealer who periodically scrounged markets like these looking for items that might be worth more if they were melted down and sold for scrap. With precious metal prices soaring, the scrap metal dealer was always on the lookout for anything made of gold or silver. On this fateful day, he spotted a unique looking egg-shaped antique that was decorated with jewels. Based on the weight of the item and the fact that the seller claimed the jewels were real diamonds and sapphires, the two settled on a price of $13,000. 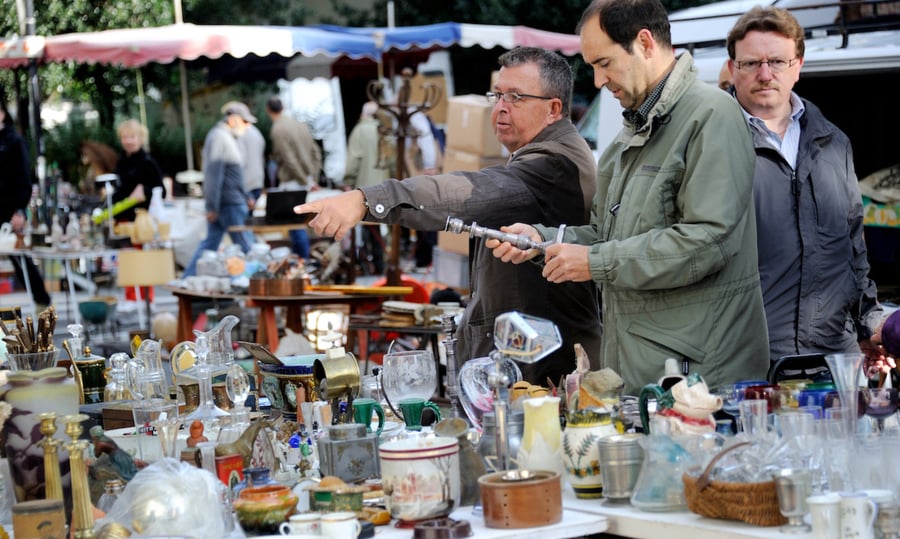 He was convinced that between price of the jewels and the value of the melted gold, he could almost instantly flip the antique and make a few hundred dollars profit. Not a bad haul for a few hours' work at a weekend flea market. There was just one problem: Every smelter he met with told the scrap dealer that he wayyyyy overpaid for the antique. No one was willing to pay him enough to make it worth melting down. He met with a dozen potential smelters and was rejected time and time again. Eventually he gave up and placed the antique on a kitchen shelf in his modest Midwestern home across the street from a Dunkin' Donuts and a busy highway. For the next 10 years, that funny looking egg-shaped antique languished on a kitchen counter, usually next to some homemade cupcakes or the previous night's dirty dishes.

This is where the story takes an absolutely insane turn. Late one night in 2012, our protagonist randomly decided to type three words into Google: "Vacheron Constantin egg". The reason for the word "egg" was obvious. The words "Vacheron Constantin" happened to be etched into the inside of the hopeless antique. To his amazement, after hitting enter, one of the Google results was an article from the English newspaper The Daily Telegraph titled "Is this £20 million nest-egg on your mantelpiece?" Intrigued, our protagonist clicked the link to open the article.

Can you imagine the shock he felt when starring right back at him at the top of the article was a 50 year old, blurry black and white photo of his flea market egg antique??? The very same egg that was sitting a few feet away on his kitchen counter! It couldn't be his… could it???

Side note: For those of you who don't know, Faberge Eggs are one of the rarest and most coveted antiques in the world. Each one was handcrafted by Peter Carl Faberge between 1885 and 1917. Only 50 Faberge Eggs were ever created and it is believed that only 42 survived to this day. Most of the eggs were crafted for members of the Russian Royal Family, most notably Tsar Alexander III and Tsar Nicholas II. Faberge Eggs have been known to sell for tens of millions of dollars. In 2004, the Russian billionaire Viktor Vekselberg, paid $100 million to acquire nine Faberge Eggs from the Forbes family.

Back to our story. After reading the Telegraph article, our scrap metal dealer was beyond stunned. The article referenced an expert named Kieran McCarthy who worked for a high end jewelry firm called Wartski that specialized in Russian antiques, especially Faberge Eggs. He didn't know what to do, so he sent a random late night email to McCarthy. In order to prove that he wasn't insane or mistaken, the scrap metal dealer attached this photo to his email (notice the cupcake used to give size perspective):

"He brought pictures of the egg and I knew instantaneously that was it. I was flabbergasted – it was like being Indiana Jones and finding the Lost Ark."

Upon receiving this confirmation, they both immediately traveled back to the US. When Kieran entered the modest Midwestern home (across from a Dunkin Donuts and a busy highway), he saw the humble antique sitting on the kitchen counter (next to a fresh batch of cupcakes).

"I examined it and said, 'You have an Imperial Fabergé Easter Egg.' And he practically fainted. He literally fell to the floor in astonishment."

Kieran immediately contacted his superiors back at Wartski and was authorized to do whatever was necessary to acquire the long-lost egg. The final price? $33 million. Let me repeat that. $33 million. For an antique that was sold for $13,000 at a flea market. An antique that came within a heartbeat of being melted down and sold for scraps. $33 million for something that was essentially a paperweight for 10 years in some random Midwestern kitchen. Hopefully you are as stunned as I am.

So how did this $33 million extremely rare Imperial Faberge Easter Egg end up in a random Midwestern kitchen? The Egg was crafted in 1887 and given as an Easter present to Tsar Alexander III. Alexender then gave the egg to his wife, Empress Maria Feodorovna who placed it in on the top shelf of a tripod pedestal in their royal bedroom: 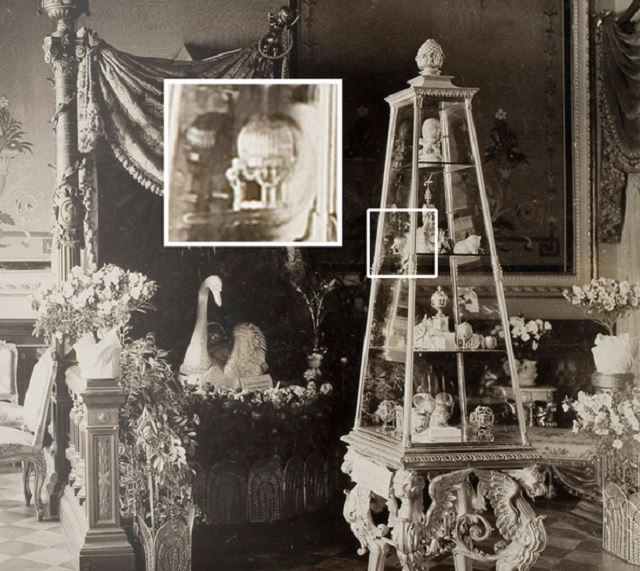 Upon his death in 1894, the Egg became a part of a traveling exhibition of Russian Imperial treasures. These treasures were seized during the 1917 Bolshevik (communist) revolution. This specific Faberge Egg was recorded in Moscow in 1922 when the soviets catalogued and sold thousands of imperial treasures to raise money for the state. It was last officially seen in 1964 in a catalogue for a New York auction house called Parke Bernet. That auction house listed the egg as having been sold to a buyer in the South for $1500 (roughly $11,000 in today's dollars). This buyer died in 2000 and her possessions were sold at a garage sale. After trading hands one or two more times, this $33 million Imperial Faberge Easter Egg eventually found itself being sold for $13,000 to a scrap metal dealer at a flea market a few years later.

So many parts of this story are awesome. I love the history of how something that was so precious at one time eventually was considered worthless. So worthless that it was bought and sold at garage sales and flea markets until finally our lucky scrap metal buyer found his way to Google. It really makes you think what else could be out there languishing in basements around the world, waiting to be sold off by dumb heirs at an estate sale. Makes you want to start going to every single garage sale, flea market and swap meet you can possibly find. Who knows what kind of treasure you might find! You could end up $33 million richer!