Deadliest Catch's 10th season recently premiered bringing back the Captains and Crews of the wildly successful Discovery Channel Series that portrays the real life adventures of fishing boats in the Bering Sea during the Alaskan king crab and C.opilio crab fishing seasons. Deadliest Catch premiered on April 12, 2005 on the Discovery Channel and found a fanatical fan base practically overnight. The tale of ships and crews operating in the Aleutian Islands port of Dutch Harbor, Alaska as their base of operations opened up a world view viewers had any idea even existed. Deadliest Catch currently airs in more than 150 countries. The 10th season premiered on April 22, 2014.

The show brought to light the incredibly high risk of serious injury or death associated with crab fishing. In fact, Captain Phil Harris, captain and part owner of the crab fishing vessel Cornelia Marie suffered a massive stroke while offloading the ship's haul of C.opilio crab in port at Saint Paul Island, Alaska on January 29, 2010 while filming an episode of The Deadliest Catch. On February 9, 2010, 53-year old Harris suffered a fatal pulmonary embolism while in the hospital. 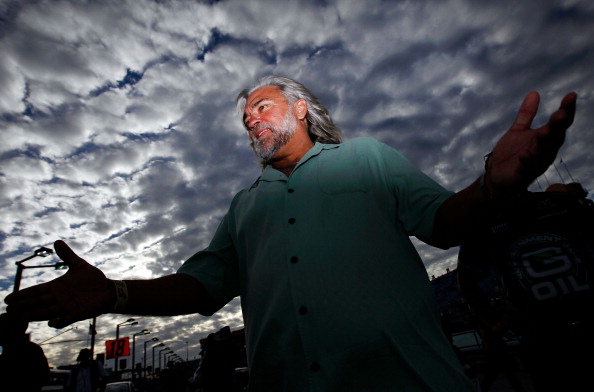 So if this big crab fishing business is so dangerous and deadly, you'd assume it was well-paying as well, right? They deal with 40 foot waves, hurricane force winds, heavy-machinery, and massive icebergs. There has to be hazard pay for such a treacherous job. Let's take a look at the net worth of the captains of the ships:

Ship: Northwestern. Background: son of a Norwegian fisherman, has been fishing since 14. Father developed King crab industry in Alaska. The Northwestern is one of the Alaskan crab industry's top producing ships.

Ship: Time Bandit. Background: Born and raised in Alaska, father John Sr. had him on a boat as soon as he could walk. Began fishing at the age of seven. Has been a full-time fisherman since he graduated from high school. Known to be a bit of a fun loving prankster who also runs a safe and efficient ship.

Ship: Time Bandit. Background: Born and raised in Alaska, brother of Johnathan. His father John Sr. also had him on a boat as soon as he could walk. Known to be cool under pressure, solving critical problems when most needed –like when the Time Bandit is about to roll over under the weight of 10,000 pounds of frozen spray.

Ship: Wizard. Background: Was a Lake Tahoe ski bum until he was 22 years old. Went to Alaska in 1985 to seek the fortunes that can be made working at sea. Started as a true greenhorn on the crabber Alaska Trader.

Ship: Cape Caution. Background: Was a naval engineer, boat electritian, and commercial fisherman before taking over the Cape Caution. Has been working the Alaskan king crab industry since 1979. In 2005 he semi-retired to run sport fishing boats in Mexico and Costa Rica. He was lured back to crab fishing in 2010 by Discovery's offer of a spot on The Deadliest Catch.

Ship: Saga. Background: Began fishing when he was 12 and by 19, was running a cod boat. Is the youngest captain in the fleet.

Ship: Seabrooke. Background: His father, Scott Campbell Sr tried to dissuade his son from following in his footsteps and becoming a fisherman. Became captain of his first boat at the age of 26.

Ship: Cornelia Marie. Background: The eldest son of the late Captain Phil Harris, he has big shoes to fill both on the Cornelia Marie and in the hearts of the fans of The Deadliest Catch