By Amy Lamare on December 16, 2013 in Articles › Entertainment

Though his magic shows are the most profitable of all time, impressively, David Copperfield's $800 million net worth doesn't come from illusions alone. Thanks to incredibly shrewd investments and acquisitions, David has managed to build an incredibly valuable financial empire that includes real estate, restaurants, merchandise and even magic memorabilia! Before we get into that magic memorabilia collection, which is quite impressive, let's take a look at other facets of David Copperfield's career, investments, and fortune. 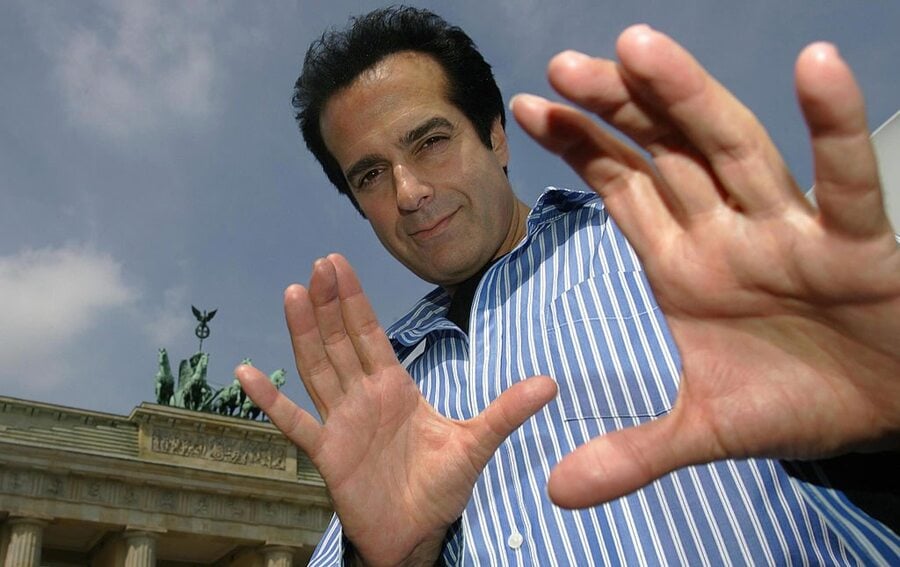 David Copperfield is an enchanting performer who works the stage and his magic to the enthrallment of audiences. His Las Vegas shows and world tours have sold more than 40 million tickets and grossed $4 billion in revenue to date. He has sold more tickets than any other solo performer in history, earning him one of his 11 Guinness World Records. To put that in perspective, David Copperfield, a magician, has sold more tickets than Madonna, Justin Bieber, Elvis Presley and even Michael Jackson. His 1996 show, Dreams and Nightmares, still holds the record for the most Broadway tickets sold in a week. Ultimately, the stage production grossed more than $6 million during its five-week run.

Copperfield's MGM Grand Hotel & Casino show has run uninterrupted for 13 years. There are as many as three shows each day, seven days a week, 42 weeks a year in a theatre dedicated to David himself. Ticket sales gross roughly $50 million each year and that doesn't include merchandising, which, by the way, Copperfield owns entirely.

Even without magic, David Copperfield is a verified real estate mogul. In Las Vegas, Copperfield and his 20-something year old French former fashion model fiancée live in a Skyloft penthouse provided to them by the MGM. They also have a mansion just outside of the Strip. Outside of Vegas, David owns a four-story penthouse in New York City. The jewel of his real estate portfolio can be found in the Bahamas where David owns 11 absolutely amazing private islands. You never knew magic paid so well, did you?

David Copperfield named his archipelago the Islands of Copperfield Bay. He began buying them in the early 2000s, after establishing his interest in the largest and most developed of the islands – Musha Cay. This 150 acre island set Copperfield back $55 million in 2006. The battle to buy the land lasted four years. Over the next decade, Copperfield continued to buy up the 10 neighboring islands, then sunk $40 million and five years into renovations to build his own version of Fantasy Island complete with a staff of 30, a vanishing drive-in movie theatre on the beach, and furniture flown in from all over the world – including Harry Houdini's pool table. The property rents out for $37,500 per night to moguls like Bill Gates, Oprah Winfrey and Google founder Sergey Brin. All told, the 11 islands comprise 700-acres and are worth north of $100 million.

David Copperfield's Midtown Manhattan penthouse is located just south of Central Park. The home is 10,000 square feet across four floors with an additional 6,000 square feet of terraces and rooftop gardens. The home has 18 rooms and a glass-enclosed indoor lap pool. In 1997, the penthouse cost Copperfield $7.4 million. Today, it is valued at more than $60 million when compared to comparable properties in the neighborhood. Copperfield's Manhattan penthouse also houses the illusionist's 300 antique arcade games and life-sized antique mannequins, which he has hanging suspended from the living room walls in a dramatic, albeit creepy, way.

The collection began in 1991 when Copperfield purchased the Mulholland Library of Conjuring and the Allied Arts for $2.2 million at a savings-and-loan bailout auction. The key to this acquisition was that it was the largest collection of Houdini memorabilia available. Copperfield's collection contains such priceless artifacts as Houdini's Water Torture Cabinet, the straight jacket he escaped from, the very first "origami" box a "lovely assistant" was put into and cut into pieces, and more. The museum is entered via a secret door in a ritual that is part bordello and part Hollywood. The collection and hushed atmosphere of the warehouse demands respect. One of my best friends recently had the honor of touring this Mecca of magic with two other well known Las Vegas magicians. In her words:

"You cannot put a price on the sheer amount of memorabilia in the warehouse. Copperfield knows his place in the pecking order of magic, and yet, shows so much reverence for those who came before him. Everything from the giant French one sheets of the father of modern magic Robert Houdin's shows, to unopened toy magic kits every kid from the 1950s to 1980s got for Christmas. His collection is awe inspiring, scary, and demands respect".

Copperfield is by far the most dominant collector of magic memorabilia. But it isn't just the work of others or toys from past generations, his Museum is also an archive of his own work. Housed within is every press clipping, trick, prop and costume David Copperfield has ever worn in a show. These account for about 62,000 items in the warehouse. There are posters on every wall, from every generation, including the sole surviving poster of Herrmann the Great, a French magician practicing in the latter half of the 19th century. That poster alone is valued at more than $60,000.

Between ticket sales, real estate, and his magic memorabilia collection, David Copperfield is personally worth $800 million, as of December 2013. When you combine the escalating value of real estate and the $50-60 million he makes every year off performances alone, you can start to understand how David Copperfield is poised to become the world's very first self-made billionaire magician in the next few years. A feat that even Harry Houdini himself would have to see to believe.