By Amy Lamare on September 22, 2016 in Articles › Entertainment

Dave Matthews and his band have been making music and touring for the past 25 years. Founded in Charlottesville, Virginia in 1991, the band has been one of the top grossing tours year in and year out for decades now, which goes a long way towards explaining Dave Matthews' massive personal net worth of $300 million!

Whether you love them or hate them, you cannot argue with the band's revenue model. (A disclaimer: I fall firmly in the love category and have seen them 64 times in concert, including six times in nine days just a few weeks ago). During the period from 2000 to 2010, the band sold more tickets and earned more money than any other act in North America. The band's most recent album, Away from the World, released in 2012, made them the only group to have six consecutive studio albums debut at number one on the Billboard charts. However, that's not where Dave's $300 million comes from. It doesn't come from his Dreaming Tree wines or his acting roles, either—well, not completely, at least! 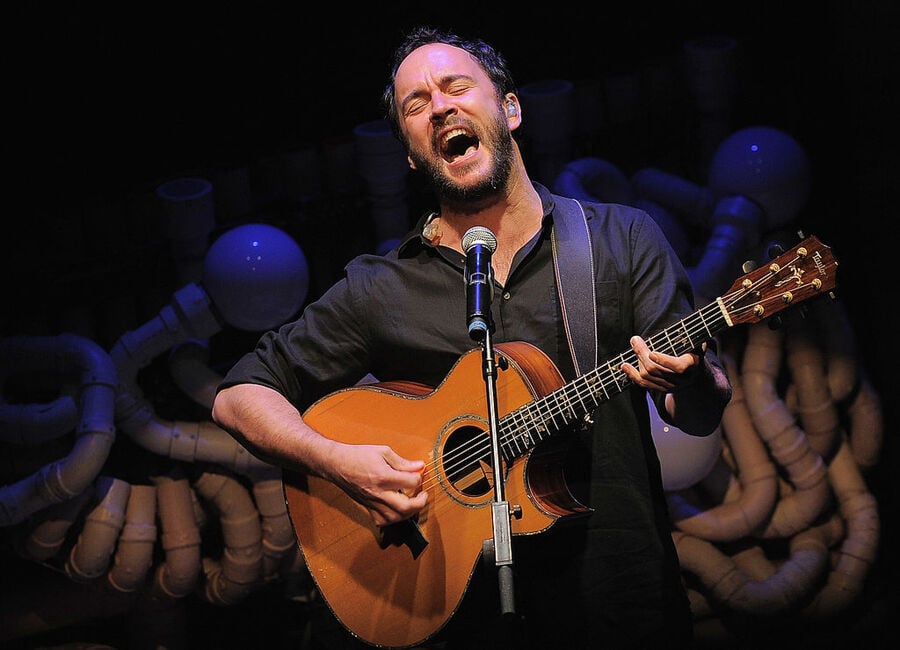 It is no big secret that the record business is dying — some would even say it was already dead. The advent of the iPod and iTunes (and Napster before that) made buying singles the norm. Spotify and Pandora put the final nails in the coffin for records. All the top earning musicians make their money from tours and merchandise. But unlike Beyoncé, Taylor Swift, and Lady Gaga, Dave Matthews and his band don't tour once every few years with high production values and even higher ticket cost.

Dave Matthews Band has toured every summer, almost without fail, since the early 1990s. (Technically they took 2011 off but played four festival style shows called the Dave Matthews Band Caravan as well as mounted mini tours with Dave Matthews and Tim Reynolds. The band is taking 2017 off, but Dave is teaming up with Tim Reynolds again for a trio of shows on the beach in Riviera Maya, Mexico). Basically, DMB lives to tour. And they've figured out a way to make their popular concerts exceptionally profitable.

When I say Dave Matthews Band loves to tour, I am not kidding. Here are some stats for the current decade:

(data via the DMB Hub app)

For the years from 2000 to 2009, DMB grossed more than $500 million from touring alone and sold more tickets (11,230,696) than any other band on the planet. The band plays to more than one million fans on each tour and many of those fans see more than one show.

The key to Dave Matthews' $300 million net worth lies in how the band manages its tour. For instance, Lady Gaga also brings in an enormous amount of money on her tours, but her shows are also very expensive to produce and tickets go for upwards of $100 each. By comparison, DMB's tickets average out to about $60, with lawn seats running $45 and pit or lower reserved $85. But more than that, it is the band itself, of course, that draws in its legion of fans every tour with their long jams and differing set lists.

The band knows how to court its fans and turn that obsessiveness into cold hard cash. For instance, at the recent "Labor Dave" set of shows at The Gorge in Washington State over Labor Day weekend, the band played three consecutive nights to a captive crowd that camps at the venue in order to see them. During those three shows, the boys played 63 songs—without a single repeat—and during the second of the three shows played a song (Cry Freedom) for the first time on the 2016 tour. Unlike Bon Jovi, who plays the same set list night after night, DMB plays a different set list every single night. THAT is why fans see 2, 3, 4, 15, etc. shows a tour. The Dave Matthews Band has never had a tour that didn't turn a big profit.

This tour model was first employed by another legendary jam band, The Grateful Dead. The Dead toured constantly—playing about 200 shows a year from 1965 to 1995. Like DMB they courted their fans and treated the concert like a party rather than a product, and their fans like members of a community. The Dead became one of the most successful bands of all time. Dave Matthews has done the same thing with his band, tours, and fanbase. In 2015, the Dave Matthews Band grossed $41.8 million dollars touring. (I saw five of those shows.)

Now, while Dave Matthews makes plenty of money touring, he also has other revenue streams such as the aforementioned vineyard and acting gigs. Another place that DMB slays is in merchandise sales. All the way back in 1998 the band sold $200,000 worth of merchandise PER DAY while on tour. Now add in the Dave Matthews Band Warehouse fan club, which has roughly 100,000 members paying $35 per year for early access to concert tickets. That's another $3.5 million a year!

Dave Matthews has basically perfected the modern method of making money as a band. And he does it from roughly May to mid-September annually. That is how Dave Matthews earned his incredible $300 million net worth.