By Amy Lamare on September 10, 2016 in Articles › Entertainment

Dave Grohl has been melting our faces off for more than two decades now, first as the drummer for Nirvana and then as the lead singer and guitarist for Foo Fighters. Would it surprise you to learn that he is one of the richest lead singers in the world? When it comes to the list of wealthiest drummers, he ranks even higher. With a net worth of $280 million, Grohl is laughing all the way to the bank. Oh and he is often called the nicest guy in rock (by Sir Elton John no less). Let's take a look at how this high school dropout turned rock star earned his incredible fortune.

Dave Grohl was born in 1969 and grew up with his mother and sister in Springfield, Virginia. He started playing the guitar when he was about 12 years old. When he was 13, he spent a summer in the Chicago suburb of Evanston, where his cousin Tracy introduced him to punk rock. She took him to a show at the infamous Cubby Bear bar in 1982 to see Naked Raygun. That sealed the deal for Grohl. He was a punk rocker. 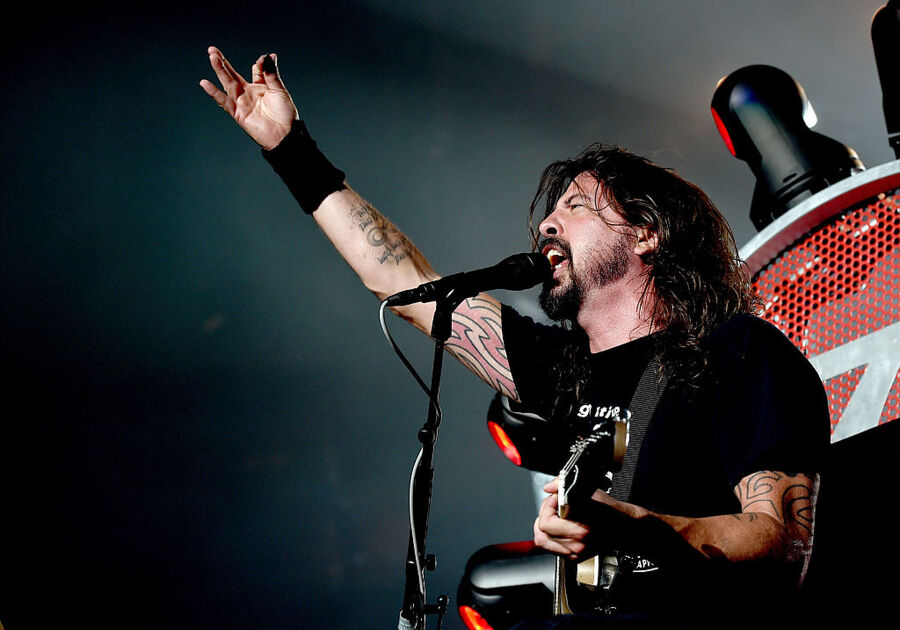 Grohl was not a good student. He attended three different high schools, repeated his freshman year, and dropped out before graduating. During high school he decided to switch to the drums and taught himself how to play. At one point, he was sent to the school shrink, because they thought he was trying to kill the band Loverboy. It was all a misunderstanding, of course. Dave and his friend Jimmy had been close since they were eight or nine years old. As they attended junior high school, and then high school, their musical interests began to change. Dave was into the B-52s and Devo, while Jimmy was into Loverboy and Def Leppard. So one day, Dave drew a comic of Devo killing Loverboy with laser guns. That's when he got sent to the school shrink.

Though he is a global rock star today, Grohl never expected to leave Springfield, Virginia. He thought he'd do manual labor and play in local bands. Or, he figured he could be a session musician and go back to school. That all changed when 17-year-old Grohl auditioned to be the new drummer of the local DC punk band Scream. He lied about his age, told them he was 20, and got the gig. That was when he dropped out of high school. He spent the next four years touring and recording with Scream. During that time, Grohl became a fan and friend of the band Melvins. At a 1990 show on the West Coast, Melvin's Buzz Osborne brought a couple of friends to see the Scream show. Those friends were Kurt Cobain and Krist Novoselic.

A few months later, Scream broke up. Grohl called his buddy Osborne for advice. Osborne told him that Cobain and Novoselic's band Nirvana was looking for a drummer. He gave Grohl their phone numbers, Grohl called, was invited to Seattle to audition, and the rest, as they say, is rock and roll history. The first album with Grohl as a member, Nevermind, was an enormous success and suddenly Nirvana was on the cover of every magazine. It all happened very fast and shortly after Grohl joined the band. Nirvana was inducted into the Rock 'n' Roll Hall of Fame in 2014.

After Cobain died in 1994, Grohl was at a loss. To cope with that, he went into the studio and recorded a 15-track demo on which he played all of the instruments and sang. The demo got some major interest from record labels, but Grohl wasn't sure if he wanted to launch another band or have a solo career. He thought that his future was in drumming for other bands and for a brief period, toured with Tom Petty and The Heartbreakers. Ultimately though, Grohl decided that he wanted to do his own thing and recruited other band members. Guitarists Pat Smear and Nate Mandel have been with the Foo Fighters from the start and after some trial and error with various drummers, Taylor Hawkins joined the band. Guitarist Chris Shifflet was the final piece in the puzzle.

Foo Fighters have released eight studio albums and have crisscrossed the globe playing sold out shows at Wembley stadium, small club gigs in Los Angeles, and even on the White House lawn. In June 2015, Grohl famously broke his leg on stage during a show in Sweden and carried on with the concert. He performed the rest of the tour from a self-designed throne. It didn't cramp his style at all. 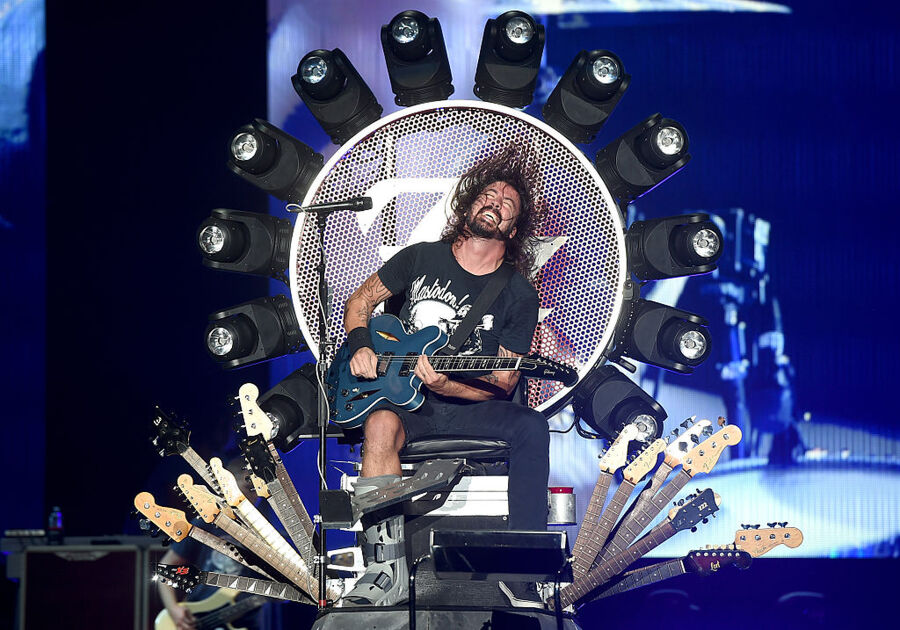 Dave Grohl branched out from music in 2013 to direct the documentary Sound City, which tells the tale of the storied recording studio in Van Nuys, California where some of the biggest records of all time, including Nevermind, were recorded. In 2015, Grohl again stepped behind the camera to produce the HBO series Sonic Highways. In the series, the band visits eight American cities to talk about the local music influencers. Things came full circle when the series hit Chicago and Dave and his cousin Tracy visited the Cubby Bear, the venue where Dave saw his first concert–the moment that set him on his way to becoming the global rock god he is today.

The Foo Fighters earned $48.5 million in 2016, largely on the strength of their Sonic Highways world tour, which I saw five times. What can I say? I'm a huge fan.