By Brian Warner on May 3, 2017 in Articles › Entertainment

Darrell Issa is a nine-term Republican member of the U.S. House of Representatives. Issa represents California's 49th congressional district which covers areas of San Diego and Orange County including notable cities such as Carlsbad, Encinitas, Oceanside, Dana Point and Vista. Being a Republican who has held his position since 2001, Issa is somewhat of an anomaly in the staunchly Democratic California. Part of the reason he has held on to his seat, even as the tides have turned extremely blue in California, is the fact that his district happens to be home to some of the state's wealthiest (and therefore fiscally conservative) citizens. But the tides might be finally turning a little too blue even for the citizens of the 48th district. In November's election, Issa won reelection over a newcomer by fewer than 2000 votes.

But to me, the most interesting thing about Darrell Issa has nothing to do with his voting record or political views. The most interesting thing about Darrell is that he is one of the richest politicians in America. He is actually the #1 richest member of Congress with a personal net worth of $460 million. And best of all, he earned that fortune in the weirdest and arguably most annoying way possible. 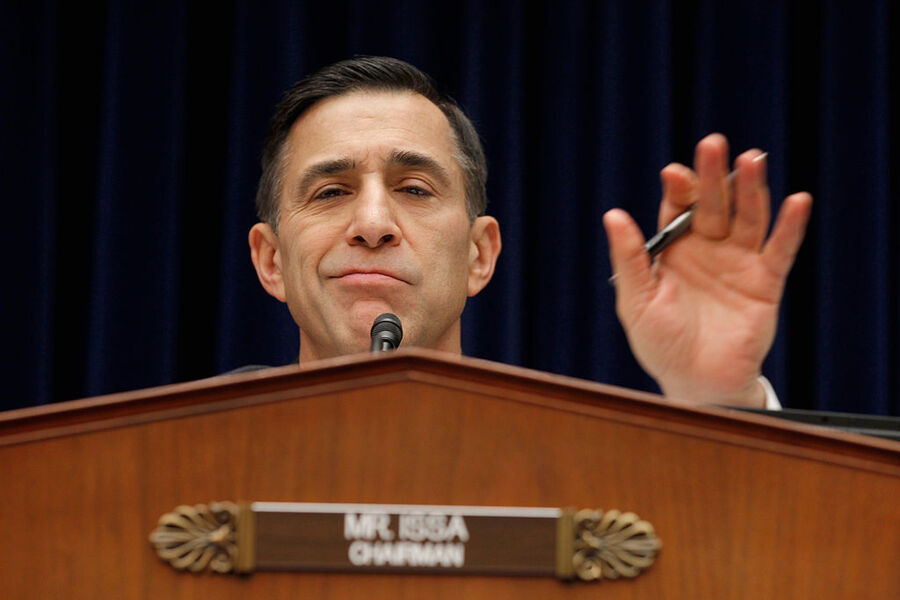 "Aren't car alarms awesome?"… said no one – ever. Seriously. Why do we still allow car alarms to exist? No car theft in the last 20 years has been prevented by a car alarm. Today car alarms are nothing more than periodic annoyances that wake you up at 6am because your neighbor pushed the wrong button in her Audi.

The company he founded in 1982, Directed Electronics Inc (DEI), pioneered the concept of creating a loud noise when a car was disturbed. One of Directed Electronics' signature anti-theft system was called the Viper car alarm. With Viper, when someone got too close, a speaker built into the car would play the words "Protected by Viper. Stand back" or "Please step away from the car."

Fun fact: Darrell himself provided his own voice for the recording:

Don't think you can make money selling car alarms? Think again. Sales in the company's first year topped $1 million. In the company's fourth year, Directed Electronics had revenue of $14 million. By 1999, the year Darrell decide to sell DEI, sales were $60 million per year. At this time, 60% of all car alarms installed in the United States were produced by DEI.

In 1999, Darrell sold his stake in DEI to a Florida-based private equity firm called Trivest. The exact terms of the deal are not known. BUT! Because members of congress are required to report their current estimated net worth's, we know quite a bit about Darrell's current financial standing.

In his most recent wealth disclosure, Darrell estimated that his personal net worth was in the range of $460 million. And since Darrell entered politics pretty much right after he sold the company, it's safe to say that he earned 99.999%% of his $460 million fortune as a result of DEI.

Part of the reason he wanted to sell, other than the fact that he was probably offered an enormous amount of money, was the fact that he wanted to run for Senate. He spent $10 million of his own money in 1998 to be the Republican candidate against incumbent Democrat Barbara Boxer. He ended up losing in the primary to a candidate who had raised 1/10th of the money. And that candidate got knocked out cold by Boxer.

Darrell was finally successful in 2000 when he won the election to become Congressman for California's 48th district.