By Paula Wilson on January 21, 2014 in Articles › Entertainment

Say the words, "used car salesman", and the phrase is sure to conjure up images of a floridly dressed man running around a parking lot shouting deals at everyone, while sweating profusely.  It's not the most becoming image, but let's face it, it's the one most people have.  Danny "The Count" Koker is, essentially, a used car salesman, except that he takes those used vehicles and turns them into amazing bespoke works of car art. With a net worth of $10 million, and a reality show that is a hit with car aficionados and regular folks alike, Danny Koker is almost single-handedly altering how the entire country views used cars.  His success took some time to build, however, and his route to reality television stardom is almost as intriguing as one of his car redesigns.  For all of you out there who haven't quite figured out what you want to do with your life, Danny Koker is an example of what can happen if you just let your passion guide you.  Here's how Danny Koker took the car world, and your Tuesday evening TV time, by storm. 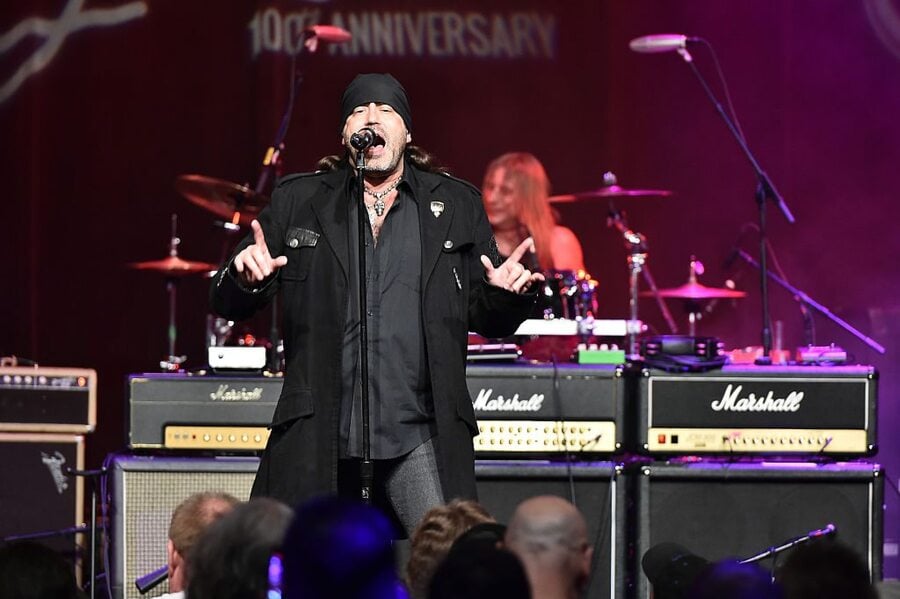 Danny Nicholas Koker II was born in Cleveland, Ohio on January 5, 1964.  He grew up in both Cleveland and Detroit, Michigan, in a family that  was a mix of Ford Motor Company employees and show business professionals.  He was always fascinated with cars and taught himself how to repair and retrofit vehicles.  He fell in love with old cars and knew that he wanted to have his own collection someday.  However, many of his early years were spent on the road – singing.  His father was a singer and pianist.  A classically trained baritone and pianist, he toured with the Cathedral Quartet throughout the 60s, and performed with the Weatherfords and the Foggy River Boys.  As a child, Danny and his family also toured without the Rex Humbard Singers for years.  He sang with his father and grew up around music.  As much time as he spent around cars, he also spent in concert halls around the world.  Danny was immersed in a world of black and Southern gospel music growing up, and still considers gospel his favorite type of music, despite his gearhead/heavily tattooed image.

After all those years on the road, his family settled in Las Vegas, Nevada, where his father began running a local television station.  Danny first became known for hosting "Saturday Fright at the Movies", a B-grade horror movie series on which he appeared as "Count Cool Rider".  He eventually left the show, and performing behind, and decided to focus on his other love – cars.  He opened his own custom car shop in the early 90s and named it Count's Kustoms, in reference to his time on the show.  Over the course of the last twenty years, Count's Kustoms  has become one of the most famous custom houses in the US and abroad.  With a staff of nine, Count's Kustoms is known for finding/buying old cars, creating amazing redesigns, and then reselling the vehicles, consistently and successfully.  Their expertise about vehicles of all types is respected worldwide.  Danny Koker's love for old cars has led him to collect more than fifty vehicles, and he is tenacious about buying cars and motorcycles that catch his eye.  He prefers working on old vehicles and often turns away requests to rework or retrofit newer cars.

Long loved in the car world, wider audiences became familiar with him when he began appearing on the History Channel reality series, "Pawn Stars".  He was brought in as a car and motorcycle expert beginning with the series' third season.  His popularity on the show led to History offering him his own program.  "Counting Cars" has been airing since August of 2012 and the show is immensely popular.  It follows the day-to-day activities of Danny Koker's shop, and chronicles his car and motorcycle design gigs from start to finish.  The show has made him a star worldwide, and has increased interest in his shop exponentially.  In addition to owning Count's Kustoms, he also owns Count's Vamp'd Rock Bar and Grill and the Count's Tattoo Company, a tattoo studio located in the Rio All Suite Hotel and Casino.  Though he loves building cars, he has not let go of his musical roots.  He performs with the band, Zito77.  The group was founded after Danny and a group of musicians buddies performed an impromptu set at an open mic night at Vamp'd.  The performances proved far more successful than anyone expected.

Danny Koker has managed to squeeze a lot of living into the first 50 years of his life.  From performing as a touring gospel musician, to teaching himself to fix cars, to hosting a television show, to opening his own car shop, to starring on a reality series, to running a bar and tattoo parlor, to rocking out with his own band, Danny Koker is anything but the run-of-the-mill used car salesman.  His route to design and reality show stardom may have been circuitous, but his experiences have definitely influenced his work.  Rather than choosing show business over cars, or focusing on car design and leaving music behind, he has managed to make a life that combines everything he loves.  His car and motorcycle redesigns are recognized for being functional, tough,  and beautiful, and his work is often described as being "full of heart".  Those accolades are not surprising when the  designer has clearly lived such a full life.