By Brian Warner on August 18, 2021 in Articles › Entertainment

If don't recognize the name "Danielle Bregoli," perhaps you've heard of the "cash me outside girl"? Or maybe you a rapper who goes by "Bhad Bhabie" rings a bell? Or maybe you have absolutely no idea what I'm talking about. If that's the case, I truly envy your ability to detached from our ridiculous culture that makes people famous multi-millionaires for nothing overnight.

Danielle Bregoli may go down in history as the most extreme example of a person being plucked from obscurity and then thrust into fame and fortune.

She was born in Boynton Beach, Florida in 2003. Danielle became famous in 2016 after appearing on a segment of Dr. Phil's show called "I Want To Give Up My Car-Stealing, Knife-Wielding, Twerking 13-Year-Old Daughter Who Tried To Frame Me For a Crime."

During her appearance Danielle clapped back at the disapproving audience with the now infamous line "catch me outside, how about that?" The way she actually pronounced her famously line – "cash me outside, howbow dat?" –  combined with the way she was dressed and and general attitude, had the perfect makings of a viral video. But no one could have guessed that an empire would have been launched from this appearance.

In a different era, that might have been Danielle's entire 15 minutes of fame. In today's the world of YouTube, Instagram, TikTok, Danielle became a bonafide international superstar overnight. In terms of pure fame, she is exponentially more famous than most of today's working actors, models and athletes.

Madonna is one of the most famous people of the last 30 years. She has released dozens of albums, conducted world tours and has sold more than 300 million albums worldwide. In our modern world, that resume has earned Madonna 16.4 million followers on Instagram.

Madonna, one of the most famous musicians ever, has 4.96 million subscribers on YouTube. 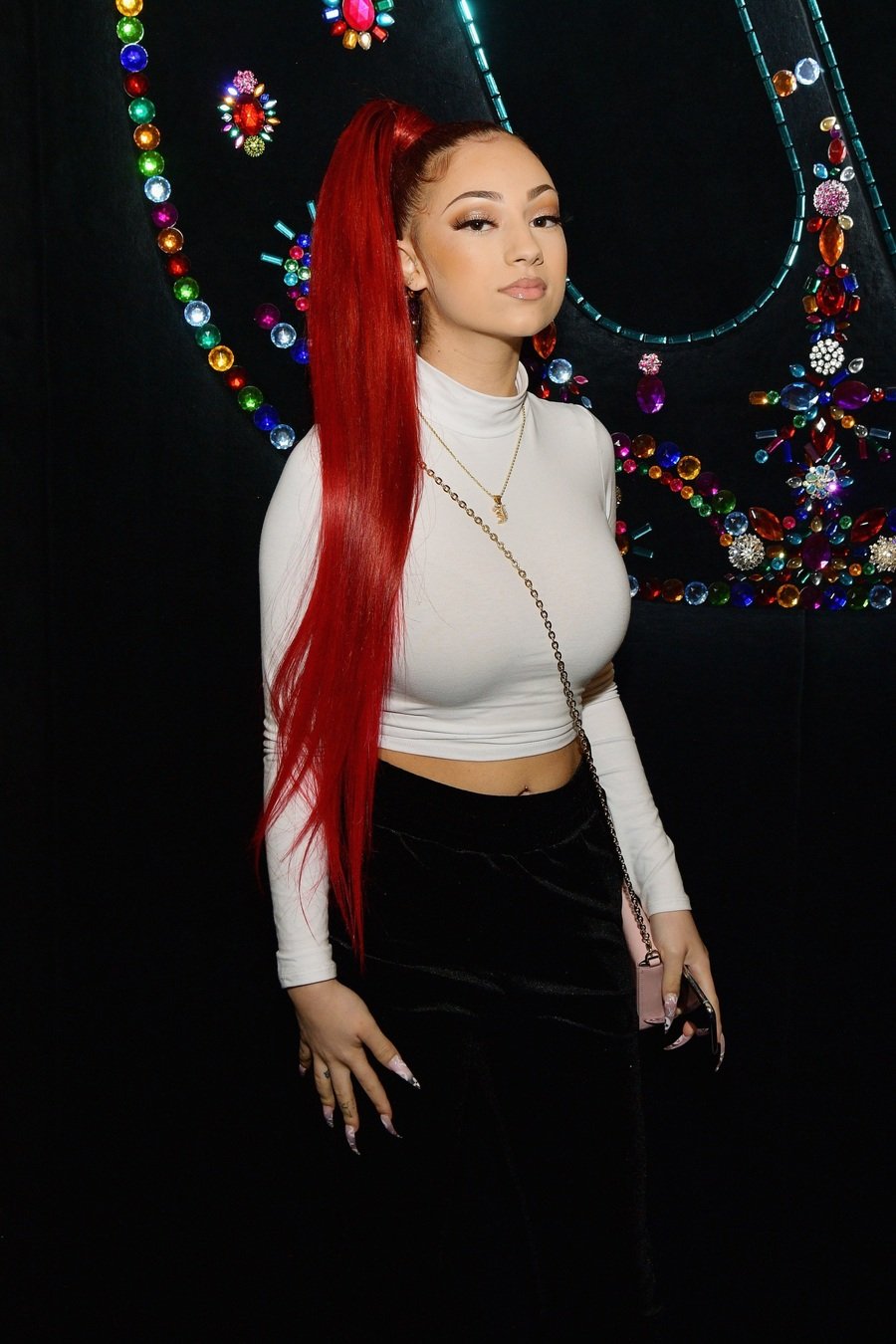 Madonna still definitely has Danielle Bregoli beat in one department: Net worth.

With a net worth of $850 million, Madonna could buy and sell Danielle many many many times over.

But Danielle is no slouch in terms of personal finance.

Once again, the timing of Danielle's viral fame could not have been more perfect. A few years ago, someone with her level of viral fame might have cashed in to the tune of $10,000 or $20,000 thanks to an appearance on a reality TV show or an appearance in a commercial. And that would have been that.

Danielle has parlayed her fame into a bit of an empire.

Thanks to those 17 million Instagram followers and 9 million Snapchat followers, it has been estimated that Danielle earns $100 – $300,000 per month from paid social endorsements. She has been known to charge as much as $100,000 for a single paid post.

In July 2019 she signed a $1 million recording and publishing deal.

But her real windfall wouldn't arrive until after Danielle turned 18 in March 2021.

In April 2021, just a few weeks after turning 18, Danielle joined OnlyFans. In her first six hours on the platform alone she earned over $1 million. We know this because she shared the earnings report on Instagram: 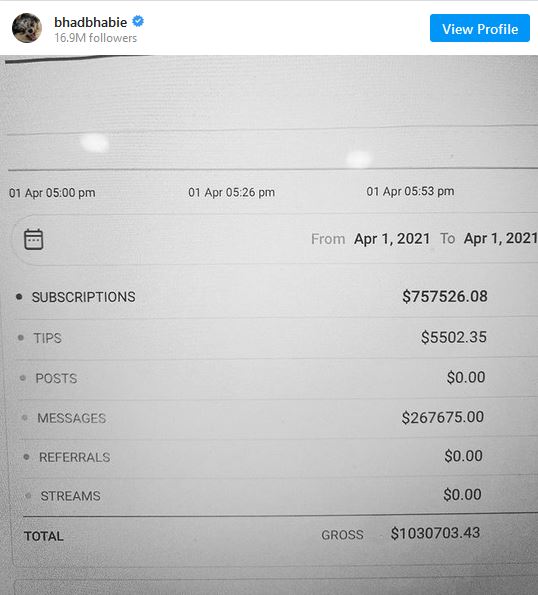 Fast forward to the present. In a recent interview with Variety, Danielle claimed that she has made so much money from OnlyFans that she could pay $4 million cash for a home and still have enough in savings to retire forever.

We here at CelebrityNetWorth currently peg Danielle Bregoli's net worth at $10 million. If she stays as popular as she claims on OnlyFans, we might need to update that number in a major way in just a few months. And that's totally insane considering where she started from.

Honestly, I'm not mad or disgusted or anything negative at all. I'm impressed. And judging by what Danielle told Variety, it sounds like she has a surprisingly solid perspective on everything:

"I never wanted to be famous. I wasn't working my ass off all night trying to make a name for myself. I was handed it. And instead of being an embarrassment and a joke for the rest of my life, I became something successful and something that people can choose to look up to for the right reasons — or choose not to. I don't give a fuck."