By Simon Gerard on September 1, 2011 in Articles › Entertainment

Unless you follow tennis (or just watch the womens matches like me), you probably only know names like Nadal, Federer or Roddick. A fast rising star that currently sits as the #1 player in the world is Novak Djokovic. He's won three Grand Slam titles, with his Wimbledon win this year against Rafael Nadal his biggest victory. That win has placed him at #1 and Nadal at #2 for the current US Open. 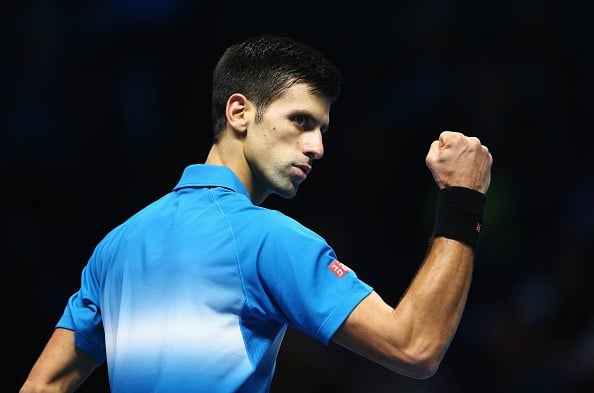 Known for his humor, this pic implies the pod makes him Hulk-out with rage / Clive Brunskill/Getty Images

So what's the secret to his success? The fact he has been playing since he was four years old? That he was spotted at age six by tennis legend Jelena gencic who took him on as a protégé? His gluten-free diet? His accurate Nadal impersonation? Nope, he's got straight-up superpowers from a special power pod! Okay, well not official superpowers, but he has just revealed that using a CVAC pod has improved his game.

The CVAC pod costs $75,000 and they are way better than all those cheapo $5000 hyperbaric chambers your celebrity athlete friends have. Made in California by CVAC systems, only 20 have been built so far, with Djokovic using one owned by a wealthy tennis trainer friend. This alien baby stroller-shaped device, unlike hyperbolic chambers, can be adapted for various training and workout-like effects.  It can increase its pressure to increase your circulation, added oxygen-rich blood cells and removing lactic acid from your system. It can simulate high altitude training to compress your muscles.  The company even claims that it can even stimulate mitochondrial biogenesis and stem-cell production, which essentially means your body will produce more cells to that protect itself from disease, illness or health problems in general. I'm claiming that these pods are they are perfect for re-entering the earth's atmosphere*.

Some say it's more the positive thinking that the pod is helping you is the real benefit.  The sessions are 20 minutes, three times a week for an edge in professional sports or for a lazy man's workout. The best part is you can use your cell phone while you're in it, so you don't go insane after 10 minutes without checking Twitter and punch through the glass with super strength.

The makers claim the pod is legal and twice as effective as traditional blood doping. While the World Anti-Doping Agency had not banned these pods, they say the pods violate "the spirit of sport", which I imagine is very hard to test for. Tests are planed to decide if these pods are fair for professional sports, so start lining up now!

*Please don't attempt to leave and/or enter the earth's atmosphere in this pod without consulting your celebrity sports physician.