By Simon Gerard on September 21, 2011 in Articles › Entertainment

So if you haven't caught any of the controversy, let me introduce you to Courtney Stodden and and hubby Doug Hutchison.

Doug Hutchison is, lets say, a C-list actor from a range of small roles in TV and movies. His most well known movie role was as Percy Wetmore, the trouble making prison guard in Green Mile. You'd probably recognize him as Horace Goodspeed from the TV series Lost.

Courtney Stodden is a 17 year-old aspiring country singer and model. They both made headlines earlier this year when they got married, with Doug Hutchison aged 51 and Courtney Stodden only 16 at the time. You might be wondering how the marriage was legal: Her mom/manager  Kristie Keller signed her consent for them to wed.

This controversial marriage made obvious headline fodder across the interweb. And now it looks like these newlyweds have already locked down a Reality show deal with Merv Griffin Entertainment. The president of Merv Griffen Entertainment, Roy Bank, is producing the series. Bank's producer credits include hit shows such as "Are You Smarter Than a Fifth Grader?" which seems oddly fitting to his upcoming show with Stodden and Hutchison. 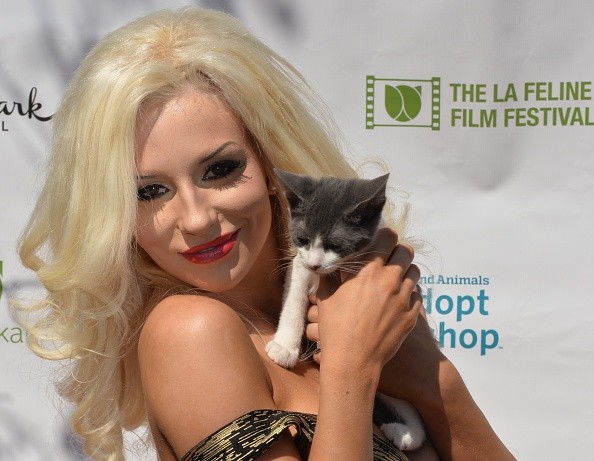 The couple wants to share their lives and the hardships of being a public couple in a controversial marriage. One thing most people are questioning is whether or not Courtney Stodden really is only 17 years old. She has released her birth certificate showing her date of birth being August 29, 1994 to prove it. Most people agree she looks like a very mature 17 year. Many people are questioning if she grew her "assets" herself… And if she's really 17, I'm writing this post illegally because I'm an 8 year old child worker.

Do you think she's faking her age and marriage to score reality TV fame for her and hubby Doug Hutchison? And are you going to watch the show?