By Amy Lamare on August 24, 2021 in Articles › Entertainment

The drama between Johnny Depp and Amber Heard feels like it's been going on decades. In reality, it's been five years since the Hollywood couple called it quits, and the ensuing years have been a non-stop, he-said-she-said battle in the courts and in the press.

In the latest installment of this real-life soap opera, Depp scored a significant victory. A judge just gave Johnny the right to sue his ex-wife Amber Heard in a $50 million libel case. 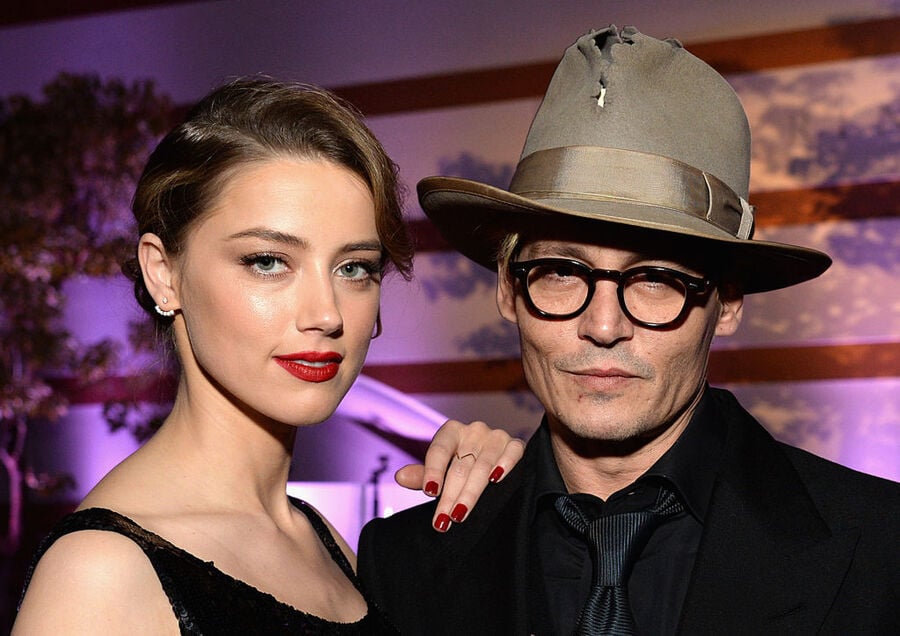 In March 2019 Johnny filed a defamation lawsuit against heard for that op-ed. He filed the lawsuit in Virginia, where the Post is printed.

In April 2018, British newspaper The Sun published an article written by the paper's executive editor which referred to Johnny as a "Wife Beater" in the title.

Depp filed a defamation lawsuit against both the paper and the editor, claiming that Heard's claims were lies.

The case went to trial in July 2020. During the three week trial, both Johnny and Amber testified. In November 2020 the High Court ruled against Depp, ruling that the headline was "substantially true."

Amber attempted to have Johnny's op-ed lawsuit thrown out after The Sun was vindicated and therefore essentially given permission to call him a "wife beater."

Depp and his legal team have maintained all through the many legal proceedings that he is innocent of the allegations of domestic violence. In the wake of the bad publicity, Johnny claims he was fired or forced to step down from several very lucrative roles including his role as Grindelwald in the "Fantastic Beasts" franchise and his role as Captain Jack Sparrow in a potential reboot of the "Pirates of the Caribbean" franchise. Losing both films reportedly cost him tens of millions of dollars.

So what just happened?

The judge in Virginia determined that the statements The Sun made about Depp and the statements Heard made in her Washington Post op-ed were different enough to merit a new lawsuit.

The judge also said, "The Court is not persuaded by Defendant's argument that Plaintiff had a full and fair opportunity to litigate the UK action. Defendant was not a part in the UK action and was not treated as one because she was not named a defendant, she was not subject to the same discovery rules applicable to named parties. In fact, Defendant could not have been a named defendant to the UK litigation because her allegedly defamatory statements were made after the UK action commenced."

This is actually Amber's second shot of bad news in recent weeks.

When Johnny and Amber divorced in 2017, he paid her $7 million. Amber reportedly promised to donate half the payment to the ACLU and half the Children's Hospital Los Angeles. Johnny believes these promises "tipped the scales" in his case against The Sun.

Earlier this month a New York judge granted Johnny permission to pressure the ACLU and the Children's Hospital Los Angeles to produce documents to show whether or not Amber made good on those donations.

So this battle marches on!