Could It Be True? Friends Reunion All But Confirmed By Warner Television.

By Amy Lamare on February 11, 2020 in Articles › Entertainment

There's big news for fans of the long-running NBC sitcom "Friends." Reports are coming out that indicate Warner Bros. is close to finalizing agreements with the original cast for a reunion special that is believed will be used to launch the HBO Max streaming service this spring. Each of the six stars– Courteney Cox, Jennifer Aniston, Lisa Kudrow, David Schwimmer, Matthew Perry, and Matt LeBlanc – would make between $2.25 and $2.5 million for the show. Originally, each cast member was offered $1 million for the special, but they were not interested.

"Friends" originally ran from September 1994 to May 2004 and followed the lives and hijinks of the six characters – Monica, Rachel, Phoebe, Ross, Chandler, and Joey. Over the course of its run, the show became one of the most popular television shows of all time. All 10 seasons of "Friends" ranked within the top 10 of the final television season ratings. The series finale aired on May 6, 2004, and was watched by around 52.5 million American viewers, making it the fifth most-watched series finale in television history, and the most-watched television episode of the 2000s. The series was nominated for 62 Primetime Emmy Awards, winning the Outstanding Comedy Series award in 2002, its eighth season. 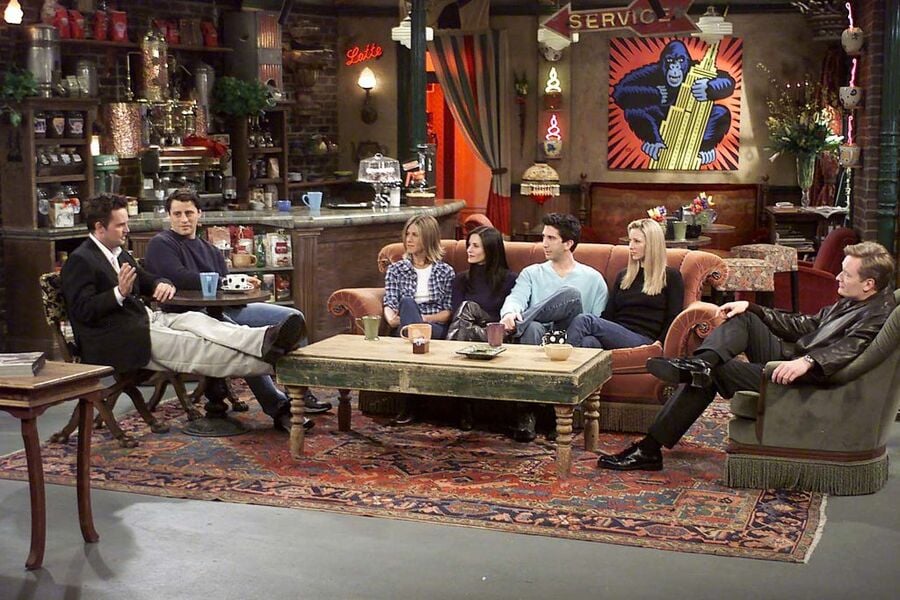 "Friends" has been hugely popular in reruns, especially on Netflix, which had the rights to stream the show until the end of 2019. At that point, WarnerMedia outbid Netflix for streaming rights to put the show on HBO Max. The deal is valued at $425 million over five years.

Warner Bros. is reportedly also wrapping up deals with the show's creators, Marta Kauffman and David Crane, to take part in the special as well. The special will not pick up where the series left off – with Monica and Chandler and their newborn twins moving to the suburbs, Rachel getting her dream job in Paris only to give it up when Ross finally realizes she's his lobster and chases her down at the airport, Phoebe happily married to Paul Rudd's Mike, and Joey upset at the changes going on in his group of close-knit friends. Rather, it will be a retrospective with interviews with the cast. No host for the event has been named, however, Ellen DeGeneres is a likely candidate, given her close friendship with Jennifer Aniston, and the fact that her talk show is produced by Warner Bros.

It is believed that WarnerMedia thinks "Friends" will entice people to subscribe to the new HBO Max service. The new streaming service will be free to HBO subscribers and $14.99 a month for people who don't have HBO. HBO Max will be a combination of the current offerings of HBO as well as a new platform with original programming as well as movies and TV shows from the Warner Bros. catalog.