By Amy Lamare on December 19, 2019 in Articles › Entertainment

As you might imagine, David was one of the most senior employees and one of the highest-paid people at Google. In 2018 he was the second highest paid person at Google behind CFO Ruth Porat, who made roughly $100,000 more. That year David received $47 million in total compensation. His base salary was $650,000 and he received $46.6 million in equity grants. Between 2011 and his retirement in 2020, Drummond was awarded roughly $190 million in stock options.

David Drummond also made news when former Google employee Jennifer Blakely took to the website Medium to post an essay about her alleged affair with him. Blakely previously worked with Drummond in Google's legal department. Her essay details an affair that reportedly started in 2004. An affair that led to her pregnancy, the 2007 birth of their son and their co-habitation until she was reportedly abandoned by Drummond so that he could allegedly take up affairs with his assistant and another woman in the legal department. Blakely was asked to leave the company. Years of legal wrangling led to Drummond begrudgingly agreeing to provide child support. Oh, and he recently married another Google employee. 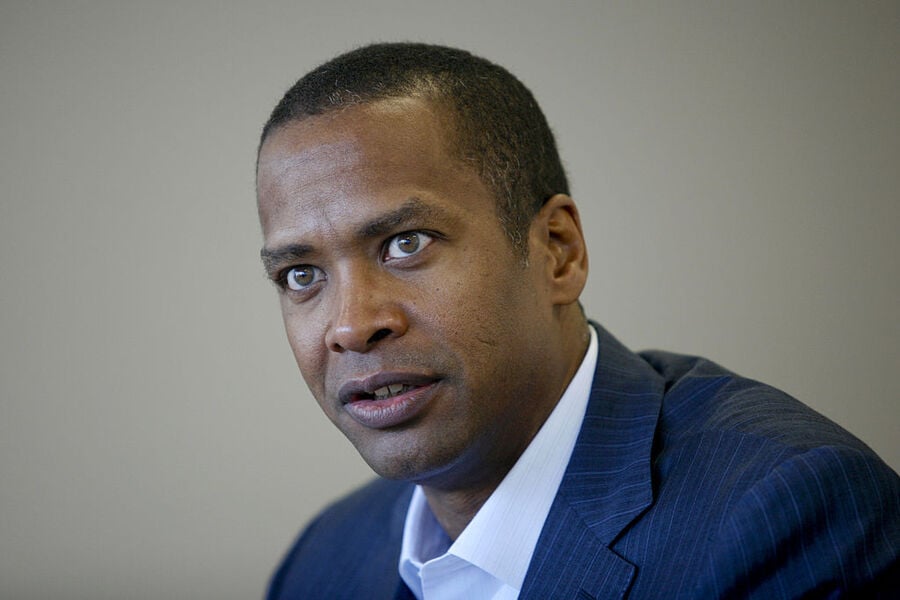 Drummond is also pretty well known for his tendency to sell off his Google stock. Back in 2019, in the weeks before co-founder Larry Page's exit from the CEO's office, Drummond sold about $145 million in Google stock.

In early November 2019, Drummond sold $72 million of stock. On December 2, he sold $73 million more, according to regulatory filings. The December 2 sale was just a day before Google parent company Alphabet announced that Larry Page was stepping down as CEO and Sundar Pichai was taking over and becoming Drummond's boss.

Drummond sold almost twice as much stock in 2019 as he did in 2018. Over the past decade, he's unloaded nearly half a billion in Google stock. Here's a year by year breakdown:

Drummond was Google's first lawyer. He ran the company's legal and corporate development departments for years before moving over to Alphabet in 2015. Sales of stock by insiders are watched closely by investors as a way of gauging management's confidence in the business.

Drummond's most recent stock sales were made under a pre-arranged stock trading plan. This year he's sold around 120,000 shares worth roughly $157 million.