Why Is Conan O'Brien The New King Of Late Night?

With David Letterman retiring from The Late Show after 33 years on late night television, a new crop of talk show hosts has emerged. One of the most popular current hosts is Jimmy Fallon, who took over for Jay Leno on NBC's The Tonight Show in 2014. Stephen Colbert is set to move from The Colbert Report to CBS's The Late Show later this year and Jimmy Kimmel now has the longest tenured late night show, with ABC's Jimmy Kimmel Live! It almost seems as though trough all these changes among the late night TV hosts, perhaps one man has been forgotten.

So how could Conan O'Brien really be the big winner in late night television? One major reason is the money he is making. We all know the idea of having Conan host The Tonight Show didn't work out, but do you know how much money he made from that failure?  O'Brien reached a deal with NBC to bow out of The Tonight Show for $45 million in 2010! Of that amount, $12 million was distributed to his staff, but he still made out with $33 million to go away and be quiet. O'Brien now makes $12 million a year and his show doesn't even air on Fridays! 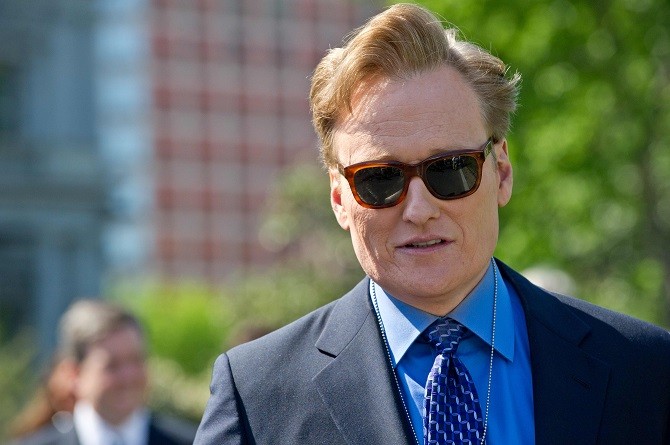 O'Brien has a pretty impressive resume if you don't count his six months on The Tonight Show. He was a writer for Saturday Night Live and wrote and produced for The Simpsons. He hosted Late Night with Conan O'Brien on NBC from 1993 to 2009. He finally signed with TBS in 2010 to host Conan. In 2011 O'Brien won a People's Choice Award for Favorite TV Talk Show Host (Fallon and Colbert have won it since). In 2012, Conan won a Primetime Emmy Award for Outstanding Creative Achievement in Interactive Media – Enhancement to a Television Program or Series. Basically, he uses social media to promote his show, and O'Brien now has over 15 million Twitter followers!

Conan's overall ratings might not be very high compared to his competition, but he does rate highly with younger viewers in the 18 to 49 age category. The average age of a Conan viewer is 33 years old. Compare that to Kimmel at 52 and Letterman at 56, and you can see a big age difference. O'Brien's ratings are also hurt by the fact that he is on TBS rather than ABC, CBS, or NBC.

Conan O'Brien has a net worth of $85 million. He was paid over $1 million to do a commercial for American Express and the late night funnyman has owned $10 million homes in Brentwood, California and Central Park West in New York. Although he may be an afterthought to some, Conan could be called the new King of Late Night. The next time you get bored flipping around between the Jimmys, why not give Conan another try?