Comparing The Career Earnings Of Floyd Mayweather And Manny Pacquiao

By Brian Warner on May 1, 2015 in Articles › Entertainment

On May 2, 2015, Floyd Mayweather and Manny Pacquiao will FINALLY step into the ring together to face off in what is easily the most highly anticipated boxing match in history. That's 41 days from right now. This is a fight that is six years in the making. Negotiations were first attempted back in mid-2009! As you can probably imagine, everyone pretty much expects that the bout will absolutely demolish the current record for PPV purchases. That PPV record, 2.4 million buys, occurred when Floyd fought Oscar De La Hoya back in 2007. Ticket prices range from $3500 to $250,000. Most experts believe this will be the richest fight in history, potentially generating in excess of $400 million.

According to the contract, the revenue split will go 60-40, in favor of Floyd. On the high end, it's estimated that Floyd will earn $150 million for the fight and Manny will earn $100 million. On the low end, they will take home $120 million and $80 million, respectively.

We will be writing more detailed articles on the economics of this fight in the near future. For now, I just wanted to take a quick look back at the career earnings of both fighters: 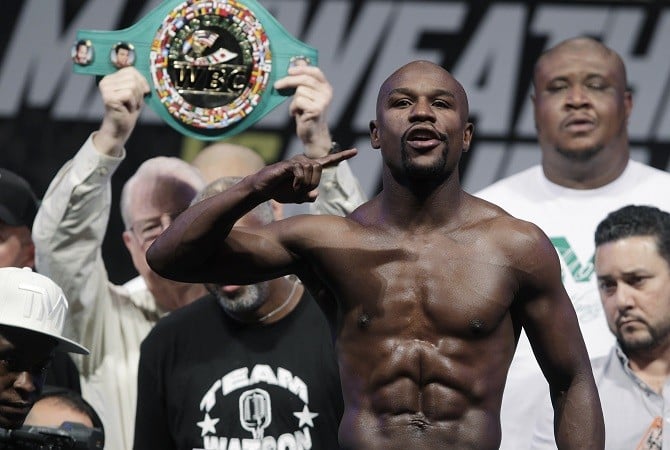 Lots more info to come over the next few weeks. Please stay tuned! In the meantime, who do you think is gonna win? Do you think it will live up to the hype???