By Paula Wilson on January 7, 2014 in Articles › Entertainment

Generally, when people want to write about themselves, they pen long-winded autobiographies or memoirs about their formative years and who they ultimately became.  Larry David has taken a decidedly different route over the years.  Rather than writing a long novel about his life, he has turned his every day experiences into two of television's most enduring comedies.  He seems completely unable to look at his life seriously, and his willingness to examine the absurdity of every day existence has helped him forge an unmatchable comedic voice.  It has led to a very successful career and a very nice net worth of $400 million.  How did a little boy from Brooklyn grow into one of television's surest bets for comedy gold?  Read on to find out.

Lawrence Gene David was born in Brooklyn, New York on July 2, 1947.  He grew up in the rather sleepy neighborhood of Sheepshead Bay, and went on to graduate from Sheepshead Bay High School, and then the University of Maryland.  He earned a degree in History in the late 60s, and then completed another degree in Business Administration at the Robert H. Smith School of Business.  From there, he joined the United States Army Reserve.

He began his comedy career working as a stand-up comic in the late 70s.  A new comic doesn't make a lot of money, so he supported himself working multiple part-time jobs, as a limo driver, a TV repairman, and a store clerk, among other positions.  While living in Manhattan Plaza, a subsidized housing project just north of the theater district that primarily housed performers and artists, he became acquainted with Kenny Kramer, a stand-up comedian who lived across the hall.  His association with Kenny Kramer would become very important in the future.  He began to shift his focus to writing work, and in 1980, he was hired to work on an ABC series called, "Fridays".  The show was similar in format to "Saturday Night Live", and ran until 1982.  He was also a cast member, along with fellow comedian, Michael Richards.  Their association would become important later, as well. 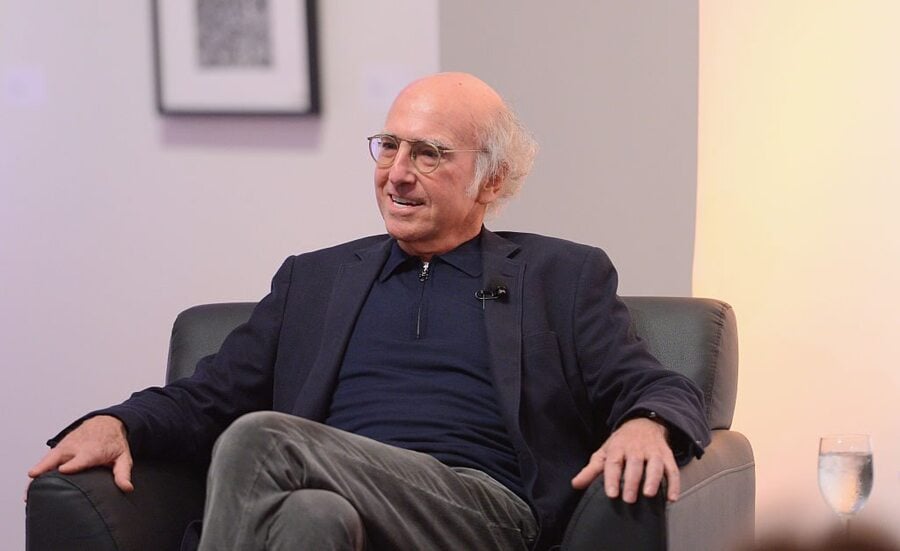 In 1984, he was hired to write for "Saturday Night Live", but it was not a good fit.  Only one of the sketches he wrote ever made it to air, and he resigned out of frustration midway through the season.  He actually returned to the studio as if nothing had happened a few days after resigning, but his time with "SNL" was never successful.  His time with the series wasn't all bad, however.  He did make two important connections while working on the show.  He met actors Julia Louis-Dreyfus and Michael McKean.

In 1988, he began developing a series with fellow stand-up comedian, Jerry Seinfeld, called "The Seinfeld Chronicles".  The series became known as "Seinfeld", and was loosely based on Larry David's own life and experiences, as well as the people around him.  Kenny Kramer, his neighbor at Manhattan Plaza, became Cosmo Kramer, played by his friend from the cast of "Fridays" – Michael Richards.  Julia Louis-Dreyfus, from his "SNL" days, joined the cast as Elaine Benes.  He based the character George Costanza, played by Jason Alexander, on himself.  "Seinfeld" went on to win him two Emmy awards, and netted him 19 Emmy nominations.  Between money from the show's initial airing, and its seemingly never-ending syndication run, he is set to earn nearly $2 billion.

You would think he would kick back and relax after that, but instead, he dove into another series.  He began scripting "Curb Your Enthusiasm" for HBO in 1999.  The show was meant to be a one-off special, but it proved so popular that it was turned into a series, and it's still running.  As with "Seinfeld", he has brought in actors from his past, including Michael McKean from "SNL", and all of the cast of "Seinfeld".  With "Curb Your Enthusiasm", rather than working with a tight script, he, or one of the staff writers that were hired after Season 5, write a loose outline, and everyone involved in the episode improvises.  He stars on the series, playing a variation of himself, and like "Seinfeld", the show is an exploration of his personal experiences.  The majority of the series focuses on all of the social and emotional issues he faced after the run away success of "Seinfeld".  "Curb Your Enthusiasm" has been nominated for 30 Emmy Awards, and has won one Emmy and one Golden Globe.  In addition to his work on "Curb Your Enthusiasm", he has also written two films, "Sour Grapes" and "Clear History".  He has also continued to perform off and on, including roles in "New York Stories", "Whatever Works", "The Three Stooges", and "Clear History".

At this point, he shows no signs of slowing down.  When it comes to comedy, Larry David seems to have an almost supernatural ability to make us laugh at all the random little things we do that we never really think about.  He is a master of making us cringe and laugh at our own folly.  The term "Larry David moment", refers to accidentally creating a completely awkward moment in a social situation.  Anyone who can create comedy that is so universal it inspires a pop culture phrase, deserves any and all awards and accolades that come their way.