Many tech startup founders are the face of their organization and brash and outgoing. Take Uber's Travis Kalanick, for instance. The former CEO of the rideshare platform he helped co-found was regularly in the news cycle. Lyft's co-founder and CEO, Logan Green, is sort of the antithesis of Kalanick. Green is a 34-year-old graduate of the University of California, Santa Barbara. He's married to his high school sweetheart. He's from Los Angeles. He runs a company valued at $11.5 billion and carpools to work in his Nissan.

We live in an age where CEOs are their own kind of celebrities who flaunt their oversized egos and paychecks. Green does none of this. His co-founder, John Zimmer, is the face of Lyft while Green is content to stay behind the scenes. Green is a quiet, thoughtful, introvert. He takes time to think, develop the right answer to a question or solution to a problem. And he's been that way ever since high school. He has also been trying to disrupt and change transportation since his high school days.

On his way to school, he'd be sitting in Los Angeles traffic and look around and see one person in every car. He found this frustrating. L.A. is a city designed around cars instead of people—or it was—until people like Green and Kalanick came along and introduced the concept of ridesharing. 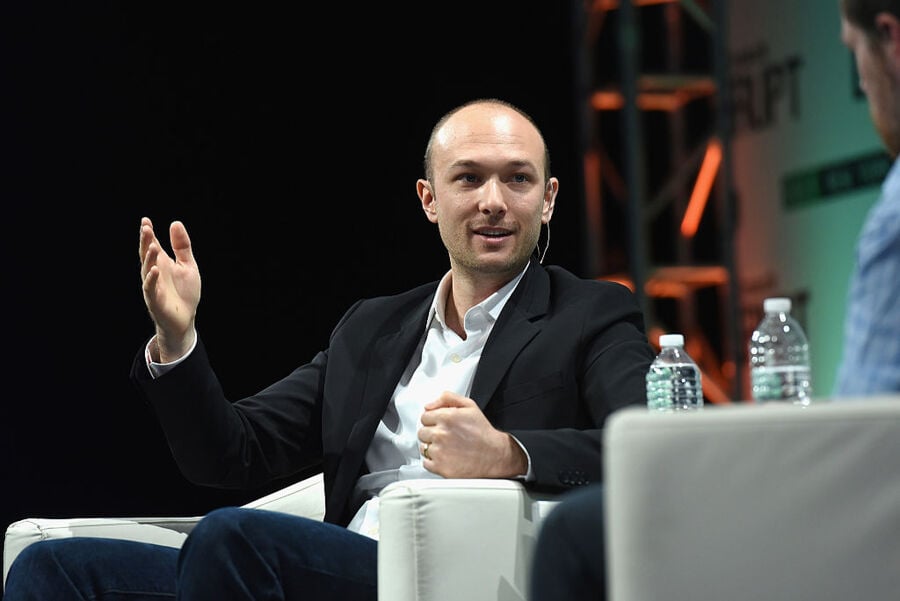 After high school, Green and his then girlfriend, now wife, Eva went to college in Santa Barbara. Green didn't take his car to college with him. He wanted to experiment with transportation. After their freshman year, Eva transferred to Occidental College in Los Angeles. Green spent three years taking Greyhound back and forth to see Eva. All of that commuting time kept his mind spinning and trying to come up with a better way.

Green graduated from UCSB in 2006 with a Business Economics degree. While he was a student he was a board member for the Isla Vista Recreation and Park District, created The Green Initiative Fund, and was the youngest director of the Santa Barbara Metropolitan Transit District. From August 2007 to February 2008, Green was UCSB's Sustainability Director. In 2007 he and Zimmer founded Zimride, the ridesharing platform that grew into Lyft, but originally focused on coordinating carpools on college campuses.

Today, Green continues to try to find ways to improve transportation. He carpools to work every day with John Zimmer. Oh, and the two also sit next to each other in Lyft's San Francisco offices. Green and Zimmer are good friends and able to communicate with a nod or glance. But that is the connection they've grown into. In the early years of Zimride and Lyft, their working relationship wasn't quite so easy.

Green and Zimmer are considered the nice guys of ridesharing. Gentler than the team at Uber. They don't necessarily seek to dominate Uber, they are seeking to be a different company than Uber. Lyft plans to grow their business. So does Uber. And while Uber operates globally and offers 10 million rides a day, Lyft is only in the U.S. and Toronto with a bit more than one million rides a day. Analysts would like everyone to believe the two companies are major competitors, but Green doesn't see it like that.

If Green has his way, Lyft's next shift would be to self-driving cars. Green wanted to pitch this idea to investors back in 2012 but was cautioned that he'd be laughed out of the room. He envisions the future having a few big networks of self-driving cars—much the way the mobile phone industry today is dominated by just a handful of companies. In Green's vision, Lyft would park, service, fuel, insure, and clean your ride. A shared commuting vehicle would feature Wi-Fi, and stations for laptops. A weekend getaway vehicle may have a couch and places to store drinks, or a large screen TV.

Now that would be a brave new world indeed.