By Joseph Gibson on July 21, 2017 in Articles › Entertainment

Betting on the Chicago Cubs to win the World Series is a Las Vegas institution – one commonplace joke among bookies is to count how many hotels in Vegas were paid for by unsuccessful Cubs bets, year after year after year for the entirety of the team's famous dry streak. But in 2016, it all came to an end, when the Cubs finally won a World Series after 108 years in the desert. Then, according to a recent ESPN story, something interesting happened: Bookmakers noticed a big, unexpected windfall in their accounts this spring, and after some checking, they figured out why: In some cases, more than 30 percent of winning Cubs World Series betting slips had not been cashed, most of them presumably being kept by sentimental Cubs fans instead.

Bookmaker CG Technology handles bets at several big Vegas hotels, and they report that once the 180-day collection deadline in May came and went, more than 30 percent of the about 4,000 Cubs bets taken by the company had gone uncashed. At the Golden Nugget, that figure is at more than 20 percent, and includes two $600 bets on the Cubs that at 5-1 odds were worth $3,600 each (I guess if you're flush enough to pour $600 into a team that hasn't won a Series in 108 years, you can afford to spend $3,600 on a souvenir). Most of the uncashed bets placed on the team were much smaller though, averaging at $26 at Bookmaker CG. One of those sentimental bettors is Chicago native Brian Glickman, who kept his $10 4-1 Cubs bet from the Mirage as part of a slew of lucky mementos he accumulated during the 2016 World Series, as his social media activity quoted in ESPN attests:

"Between ticket stubs, W towels, a lucky penny I picked up when I landed in Cleveland for Game 6 and the winning bet from Vegas, I'm gonna do something really cool with all the mementos. I'm not cashing it." 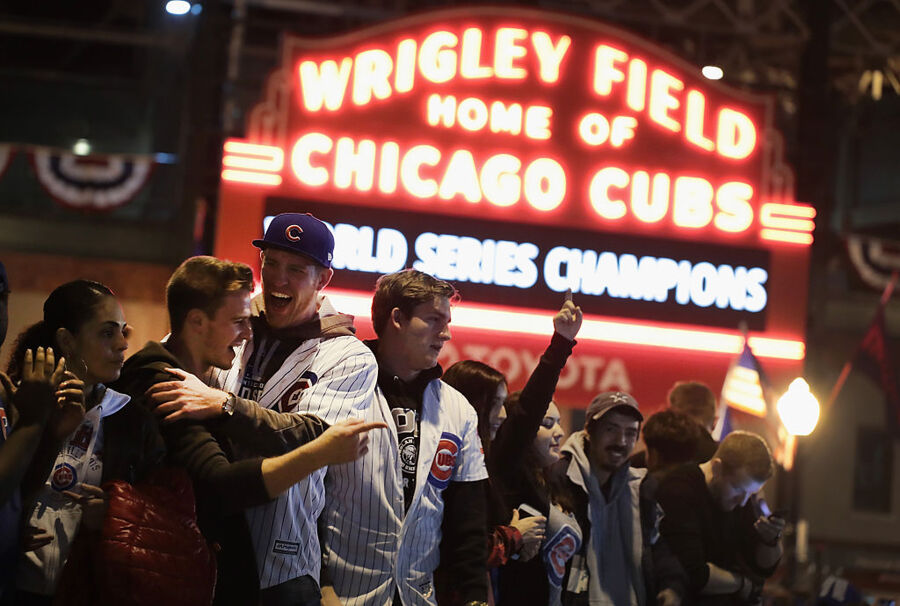 The Cubs continue to be far and a way the most popular World Series bet this season, proving that the tradition of placing a longshot bet on the most famous underdogs in the world didn't go away just because they finally won a World Series. And as if to prove the house always wins no matter what, Vegas bookmakers can depend on not having to pay a good chunk of those bets, even if the Cubs win again.