The Most Expensive Clock In The World

By Joseph Gibson on June 18, 2012 in Articles › Entertainment

With the rise of things like digital clocks and mobile devices, the art of clock-making has fallen by the wayside in many ways. For that very reason, rare antique clocks are arguably even more sought-after than before.

Back in 2012, the Duc d'Orleans Breguet Sympathique clock set the record of the most expensive clock ever sold at auction. This circa-1835 clock was sold for $6.8 million at a Sotheby's auction in New York. 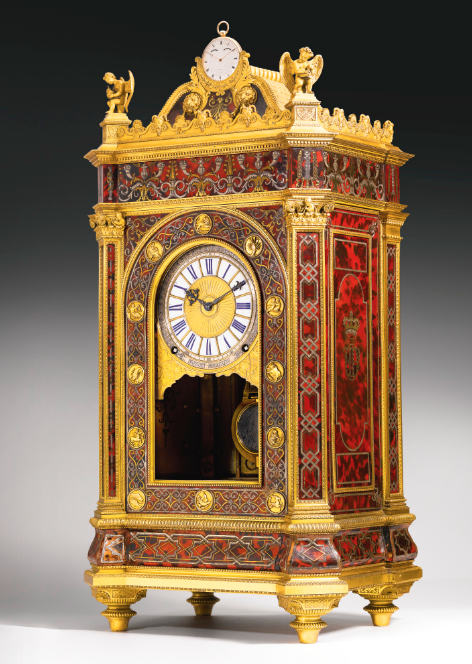 The intricate timekeeper is nearly two feet tall and decorated with ormolu-mounted red tortoise shell. It is a quarter-striking clock with a half-quarter repeating gold pocket watch that is thoughtfully mounted at the top of the clock.

The clock was restored by expert Dr. George Daniels in the late 1970s and was once the property of the Time Museum in Rockford, Illinois.

Coincidentally, Sotheby's sold the very same clock for the first time back in 1999 for $5.8 million dollars, which was the previous a record for any clock at auction.

Take a look at more images of the masterpiece here.