Charlie Sheen Once Worth $150 Million Is Nearly Homeless

Oh how the mighty, tiger blood swilling, #winning have fallen. Charlie Sheen, who became infamous for his drug and alcohol infused antics reportedly narrowly escaped being homeless. The former Two and a Half Men actor is said to owe more than $86,000 in mortgage payments on his posh Beverly Hills mansion. The seven bedroom, seven bathroom home has been put into pre-foreclosure by the mortgage lender. He reportedly wrote a check on January 10th  to cover  the missed payments. He's been trying to sell the $8.5 million house for months. But how did the actor who was once worth $150 million come to be in such dire straits?

Charlie Sheen was once the highest-paid actor on TV, bringing home $1.8 million per episode for Two and a Half Men. Of course, his hijinks with drugs, liquor, prostitutes, and social media got him fired from that lucrative gig in 2011 after a truly epic once-in-a-lifetime meltdown. Officially the studio cited a default on his contract as the reason for his dismissal. Specifically, being unable to perform his duties on Two and a Half Men, admitting to using cocaine, and making derogatory public comments about the show, and refusing to continue working on the series without "radical changes" being made. 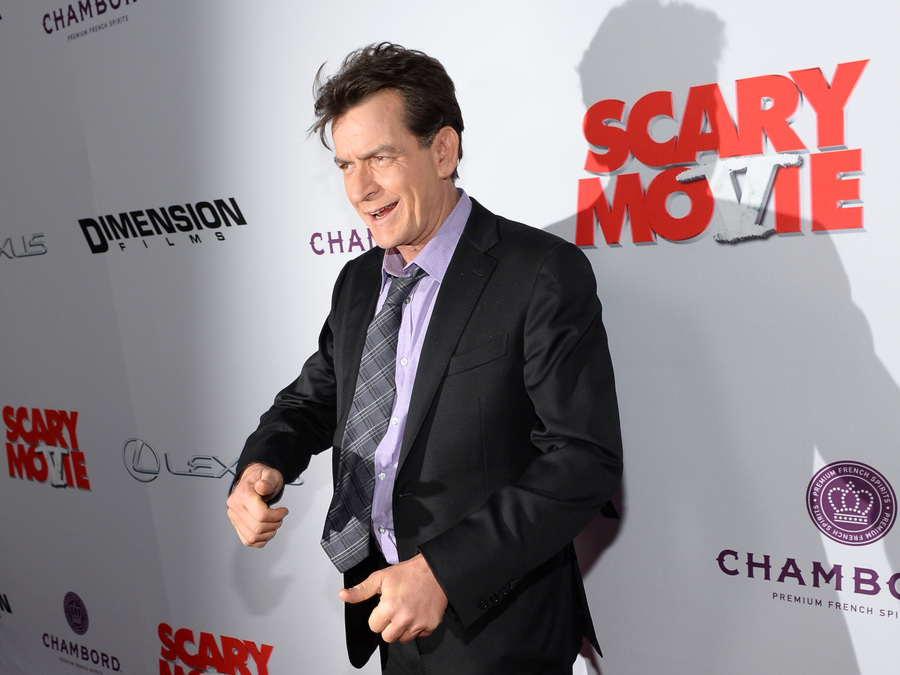 Sheen gave a statement to TMZ after he was fired, saying:

"This is very good news. They continue to be in breach, like so many whales. It is a big day of gladness at the Sober Valley Lodge because now I can take all of their bazillions, never have to look at whatshisc – again and I never have to put on those silly shirts for as long as this warlock exists in the terrestrial dimension."

Remember this version of Sheen? Around the same time, he also made appearances on Good Morning America, Today, and Piers Morgan Tonight saying bizarre things including this:

"The last time I took drugs, I probably took more than anyone could survive" and "I was banging seven-gram rocks and finishing them. That's how I roll."

Sheen also has had a very expensive personal life. Before September 2016, he was paying $110,000 per month to two ex-wives. After Charlie sued to have the payments reduced due to his weakened financial status, a judge changed his monthly spousal payment to $25,000 per ex. He still pays $500,000 per year to support his kids. In court filings, Charlie claimed to have $12 million in debts, mostly made up of various mortgages. He also claims his monthly income has dropped from an all-time peak of $600,000 to around $167,000. Charlie's monthly medical expenses run $25,000.

Charlie has also had a long documented history of using prostitutes. He was rumored to be one of Heidi Fleiss' best clients.  In 2013, Charlie spent $1,629,507 on hookers. We know this, because his production company listed them as expenses in its tax returns. The expenses were labeled as "Friendly Entertainment." According to a Madam that Charlie allegedly used, he would pay $10,000 extra to have sex with hookers without a condom. That's on top of the roughly $10,000 he would spend for them to be there in the first place.

Between 2011 and 2015, Sheen claims to have paid out more than $10 million to people who threatened to make his then secret HIV positive status public. Sheen also allegedly bought houses for some of his ex-girlfriends who knew of his HIV status.

In August 2018, Sheen sought to have the child support he paid ex-wife Denise Richards for their daughters Sam and Lola reduced. In the filing he claims he has been blacklisted from Hollywood and cannot find work.

"Since June 2016, my income has changed significantly. I have been unable to find steady work and have been blacklisted from many aspects of the entertainment industry. All of this has resulted in a significant reduction in my earnings."

So that's how Charlie Sheen went from being the highest paid actor on TV with a net worth we estimated was $150 million to being broke, six months behind on his mortgage payments, and worth less than $10 million.