By Amy Lamare on December 28, 2013 in Articles › Entertainment

Westerners may not recognize the name Chan Laiwa, but they should because her story is truly remarkable. Chan Laiwa is one of the richest self-made women in the world today with a personal net worth of $6 billion. That six billion dollar bank account makes Chan worth more than Oprah Winfrey. Actually, Laiwa is worth the equivalent of several Oprahs put together. Chan Laiwa earned her fortune from scratch as the founder and Chairman of Fu Wah International Group, one of Beijing's biggest and most successful commercial property developers. She is also one of just 19 self-made female billionaires in the world. Perhaps most remarkably, Chan Laiwa's rise to multi-billionaire real estate tycoon is a true rags to riches story. Actually, it's more like a riches to rags back to riches story because though Chan was born into one of the wealthiest noble families in China, she actually grew up in wretched poverty. This is the story of how Chan Laiwa went from a dirt poor descendant of a wealthy aristocratic Chinese family, to one of the richest women in the world.

Chan Laiwa's beginnings didn't hint at her eventual stratospheric success. She was born in 1941 in Beijing, China's Summer Palace. She is a member of the noble Manchu family, making her technically a Chinese Royal, but when Chan was born, the Manchu Imperial family had just collapsed. As a result, her family was stripped of all their wealth, title and property. Chan and her family were forced to grow up in poverty just a few years after living in lavish luxury. That must have been a tough pill to swallow. 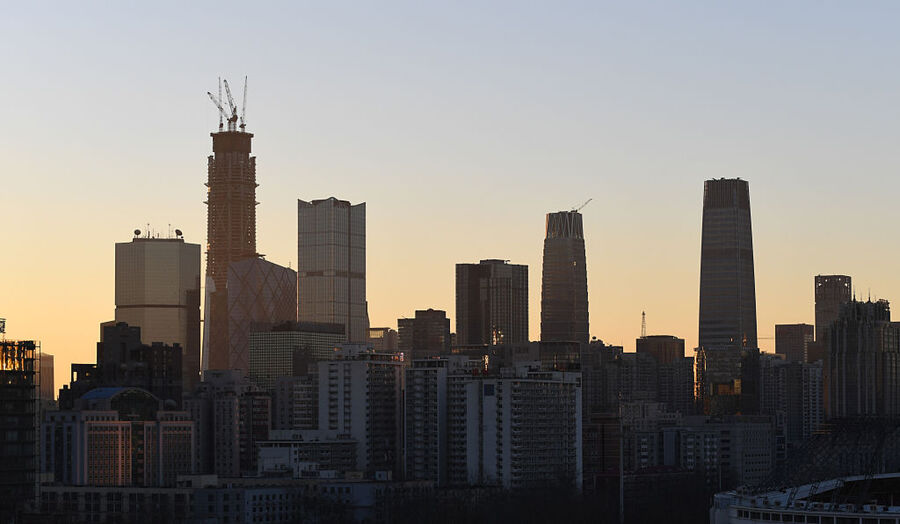 Chan Laiwa's family was so poor that she was forced to leave high school to find work. She eventually started her own furniture repair business and by the 1960s was restoring classic Chinese sandalwood furniture. After experiencing some moderate success in the early 1980s, when Laiwa was in her 40s, she moved to Hong Kong to continue and expand her business. Eventually, her business had grown into a huge success. So big that she generated enough revenue to buy 12 villas. This was Chan's first taste of the real estate bug.

In the late 1980s, Chan Laiwa returned to Beijing to expand her burgeoning real estate business by buying and flipping property on a large scale. She founded Fu Wah International Group in 1988. Since that time, Laiwa's company has developed more than 1.5 million square meters of property.

Jinbao Street is a big part of why Chan Laiwa saw her net worth recently grow by several billion dollars in just a few years. Property values in Beijing are soaring.

Fu Wah International has developed into an industrial investment company that not only builds but also operates luxury hotels, apartments, shopping malls and office buildings. The company is focused primarily on real estate but also has interests in tourism, hospitality, agricultural assets, and electronics. Laiwa's firm is even building a heliport-accessible apartment complex in the eastern Chinese province of Anhui.

Chan Laiwa has transformed Beijing's real estate and in the process made herself a very wealthy woman. Through it all she never lost her love of furniture restoration. In 1999, Chan Laiwa founded the China Red Sandalwood Museum, 25,000 square meters showcasing sandalwood furnishings and artwork. Her museum showcases classic Chinese styles and works of art using sandalwood. She invested over a billion dollars of her own money to create the museum, in fond memory her childhood in Beijing's Summer Palace.

At 72, Chan Laiwa has handed over the day-to-day management of Fu Wah International to her son Zhao Yong, while she focuses on curating the China Red Sandalwood Museum and focusing on her love of traditional Chinese art and culture.

Chan Laiwa's Chinese name "Beautiful China" and this self-made billionaire has certainly done her part to improve her country and protect its citizens. She has donated millions to disaster relief and is well known for caring about her employees and treating them as if they are members of her extended family. Chan Laiwa is married to Chi Chongrui and the couple has three grown children, a son and two daughters.