By Amy Lamare on June 1, 2016 in Articles › Entertainment

It's a good gig if you can get it! CEOs at the biggest companies got an average 4.5% pay raise last year. For comparison, that is about twice that of the typical American employee's, and a ton more than the investors in those companies earned (which was zero, by the way).

The average CEO of a company on the Standard & Poor's 500 index made an incredible $10.8 million through bonuses, stocks, and other compensation. That's up from the $10.3 million these high-powered, successful executives made the year before.

As a rule, more than half of a CEO's pay comes from stock and options, not cash. More and more, companies are tying the compensation package of their CEO to their stock's performance.

The highest-paid CEO in 2015 was Expedia's Dara Khosrowshahi. He made $94.6million last year, most of that from stock options on a new five and a half year contract. Those options vest over a number of years and $30.4 million worth of them are tied to the goal of getting Expedia's stock to $170 per share by the end of his contract, in September 2002. Expedia stock is currently around $113 a share.

Khosrowshahi has led a resurgence of Expedia and his compensation package reflects that. Expedia's stock returned 47% in 2015. 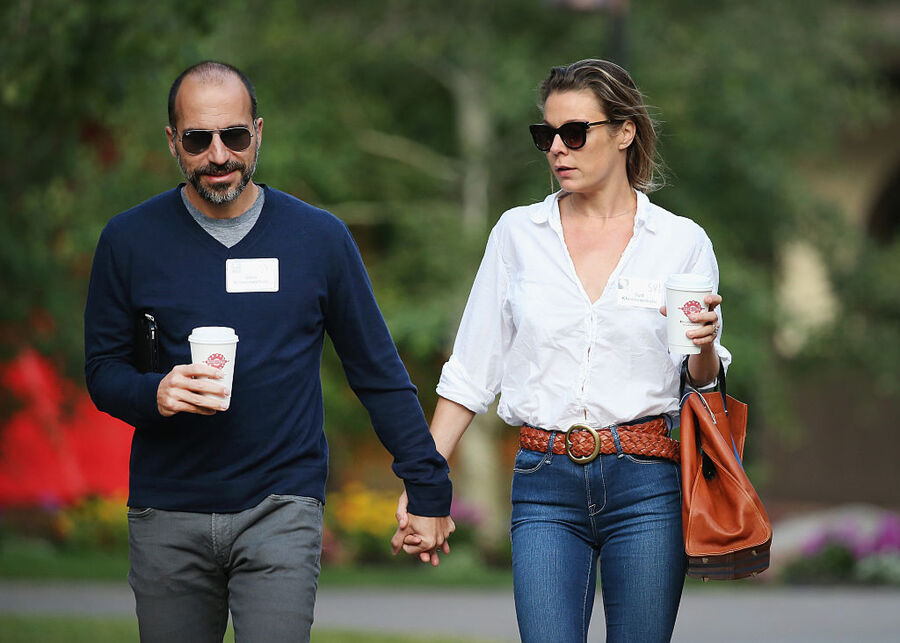 Viacom CEO Philippe Dauman made $54.1 million last year, which was a 22% raise from 2014 despite a 42% loss in stock value. Much of this increase was tied to a contract renewal, which, like Khosrowshahi, included stock and options that vest over several years. Without the new contract, Dauman's pay would have dropped 16%.

Not surprisingly, there has been increasing scrutiny on CEO pay. Many Americans have voiced concern about feeling left behind. CEO pay has grown by leaps and bounds since the Great Recession ended nearly seven years ago. That is not the case for the wages of those who report to CEOs.

Many Americans also underestimate what CEOs of large companies make. A report found that the typical American believes CEOs average $1 million in pay.

In some cases, a huge compensation package can be a warning for investors. Those big paydays reassure CEOs that they are doing a good job, which can lead to problems. A study done of CEO pay and performance from 1994 to 2011 found that the highest-paid CEOs lead their companies to weaker stock returns in the years that follow. The study found that large salaries can make the CEOs overconfident.

Beginning in 2017, companies will have to report how much more their CEOs make than their typical workforce. The SEC has mandated the companies must disclose the ratio of its CEO compensation package versus its average employees' salaries. This is designed to make people more aware of how highly these executives are paid.