By Amy Lamare on November 11, 2015 in Articles › Entertainment

The art world is buzzing with news of a near record setting price paid for an almost 100-year-old painting by Italian artist, Amedeo Modigliani. The painting of a reclining nude woman fetched an astounding $170.4 million on Monday, November 9th. That is the second highest price ever paid for a piece of art at auction.

The painting was created in 1917-18 and is called "Nu Couché." It is widely considered to be one of Modigliani's finest works. The painting was the centerpiece upon which Christie's built its "Artist's Muse" auction on Monday. 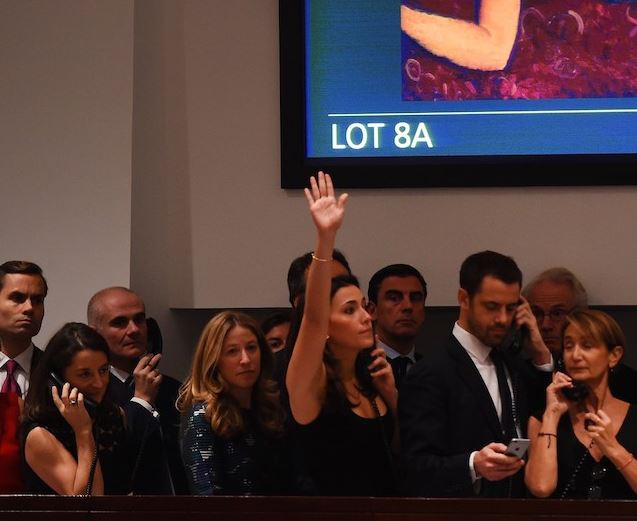 It took just nine minutes and five prospective buyers for the painting to be sold. Dedicated art collector and Chinese billionaire, Liu Yiqian, made the purchase. "Nu Couché" is just the 10th piece of art in history to sell for $100 million or more at auction. The record for the highest paid goes to Picasso's "Les femmes d'Alger (Version 'O'), a 1955 oil painting that sold in May 2015, for $179.4 million.

With the sale of "Nu Couché," Modigliani becomes the sixth artist to join the $100 million at auction club. Other artists who've sold their artwork for $100 million or more include Picasso, Edvard Munch, Andy Warhol, Francis Bacon, and Alberto Giacometti.

Modigliani's artistic output is considered small. He completed 350 paintings before dying of tuberculosis at the age of 35 in 1920, and while he was alive, he did not have much success as an artist.