Celebrity Net Worth 2014 Year In Review

By Brian Warner on December 31, 2014 in Articles › Entertainment

In a few hours (unless you are reading this in Australia), 2014 will officially come to an end. I hope you had an amazing year full of love, laughter, excitement and fun. Because this is the end of the year, I wanted to take a minute and thank everyone out there who has made visiting Celebrity Net Worth part of your daily routine. I truly hope that you've enjoyed our articles and maybe even found some of them inspirational for your own goals of earning a huge fortune and buying that dream house, dream car, dream private jet… Whatever your dream may be, our goal is to tell stories that both inform and inspire you to make it all come true. When that happens, we'll tell your story to the world on CNW! And in addition to thanking you for visiting our awesome site, I also thought this would be a good time to give a little Celebrity Net Worth year in review. Below is a round up of our most popular stories of the year and the most searched celebrities. Enjoy and have an awesome New Years Eve and even more awesome 2015!!!

In order to determine popularity, we cross checked Google analytics reports with our own internal server data. Generally speaking, the most popular articles of the year also happen to be the ones that received the most Facebook likes. But interestingly, Facebook was not a big factor in driving the popularity of articles #5, #8, 9 and 10. Those articles made up for their lack of Facebook love by getting hot on Twitter, Reddit and our direct traffic. Ok, let's get to the list.

Most Popular Stories of the Year:

#1: The Amazing Story Of How Keanu Reeves Gave Away $75 Million Of Matrix Salary… And His General Generosity

Summary: Keanu Reeves might not be an amazing actor, but he is without a doubt an amazing human being. During his lifetime Keanu has given millions of dollars to various charities. He even set up an entire private cancer foundation that focuses on researching children's cancer and help funds a few children's hospitals. But Keanu's most generous act doesn't have anything to do with a deadly disease. It turns out, Keanu set aside a small bonus for the special effects team on the Matrix movies. That small bonus ended up being pretty huge… 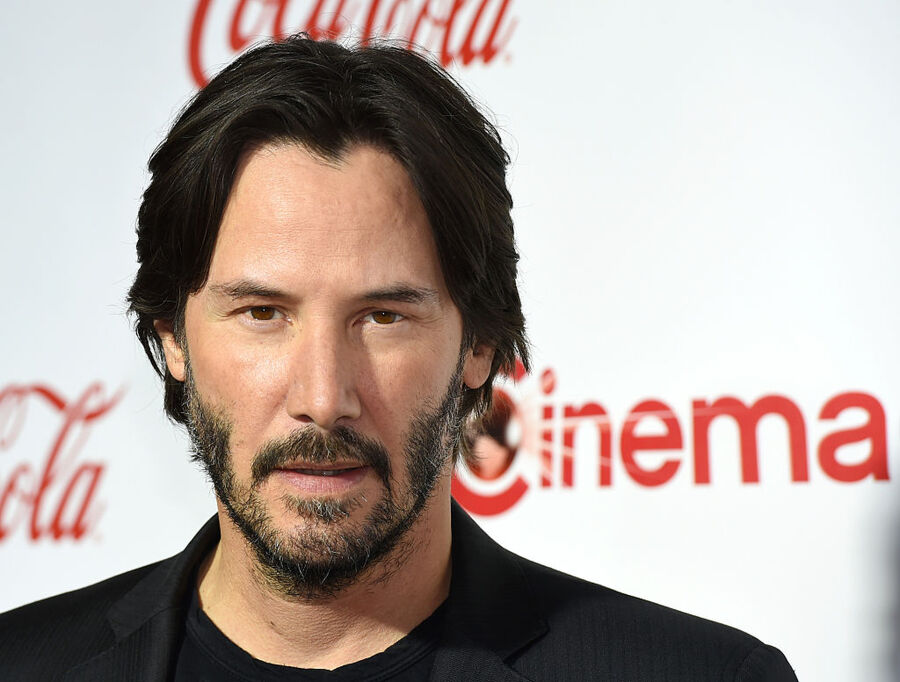 #2: One Man Has Written Virtually Every Major Pop Song Of The Last 20 Years. And You've Probably Never Heard His Name

Summary: Backstreet Boys, Britney Spears, Taylor Swift, Katy Perry… Pretty much every pop song over the last 20 years was written by one man. Love him or hate him, that man is Swedish super-producer Max Martin. Max is personally responsible for churning out more Billboard singles than Michael Jackson and Madonna COMBINED. His work has sold a collective 135 million singles worldwide. As you might imagine, this success has earned Max an enormous fortune and made him one of the most powerful people in the music industry. And yet, he is essentially unrecognizable to the average person, which might make him the most famous, non-famous person on the planet…

#3: Forget Tyler Perry And Oprah. Byron Allen Is The Most Successful Black Person In Hollywood… And You've Probably Never Heard His Name

Summary: Just like the Max Martin story above, this article is about an extremely successful person who somehow has managed to build an empire completely under the radar. Byron Allen has been in the entertainment business for decades. He first started out as a standup comedian but eventually shifted his focus to behind-the-scenes producing work. Over the years, he has quietly built an astoundingly successful entertainment empire that has been called the "Walmart of Television". His empire rivals the likes of Tyler Perry and Oprah Winfrey. Byron has 30 shows currently running on television and is worth a staggering $300 million. Yet even if you were to ask industry insiders if they've heard of him, most people would look at you blankly…

Summary: As an NBA player, Junior Bridgeman had a moderately successful 12-year career playing for the Milwaukee Bucks and Los Angeles Clippers. To be completely honest, his NBA career was kind of unremarkable. And as you may have heard, retirement can be a very painful experience for many NBA players. According to a study conducted by Sports Illustrated, a staggering 60% of NBA players are completely broke within five years of retiring. Junior Bridgeman did not go down this route. Instead, Junior Bridgeman built a fast food empire that today has turned him into the second largest owner of Wendy's franchises in the world. Junior has a net worth of $400 million.

Summary: Not really needed, the title says it all. But I do want to point out that this story was so huge and so sudden that it crashed our site for 48 hours. We had to buy all new servers (that have since not crashed once), and my hair turned a little bit grey from stress.

Summary: Last March, Buffalo Bills founder and longtime owner Ralph Wilson, died at the age of 95. At the time of his death, Ralph was the oldest owner in the National Football League. He was also the second-longest tenured team owner in the leagues history, having owned the Bills for 54 years. After Ralph died, his estate announced that they would put the Bills up for sale and eventually accepted a $1.4 billion offer. In October 2014, Ralph's estate revealed an amazing surprise for the cities of Detroit and Buffalo. Hopefully Ralph's heirs weren't counting on that money to live large as trust fund babies!

#7: A Stubborn NYC Tenant Held Out For An Absolutely Insane Amount Of Money To Finally Leave His Rent-Controlled Apartment

Summary: Herbert J. Sukenik might go down in history as the most annoying and brilliant tenant of all time. Herb was a social recluse who moved into a cramped 350 square foot apartment in Manhattan's Mayflower Hotel building in 1974. The apartment was rent controlled. Herb never married and seemingly had no friends or family. He basically lived like a hermit for the next three decades. Over those three decades, the area around the Mayflower Hotel building became the most valuable real estate in the world. In 2004, a pair of real estate developers bought his building for $401 million and proceeded to buy out every tenant with cash payments ranging from $600,000 to $1 million. Herb refused every offer. He was the lone holdout of the newly renamed Central Park West. After years of trying to force Herb out through construction noise, legal threats and general annoyance, the developers gave up and offered an absolutely insane payoff that was finally accepted. Wait till you hear what Herb got.

Summary: 2014 was the year that Youtube stars took over the world. Youtube stars like PewDiePie, JennaMarbles and Bethany Mota are literally earning millions of dollars a year by uploading videos videos to the internet. PewDiePie, the #1 highest earner of the year, has over 32 million followers and is basically as powerful of an A-list celebrity right now. He's even earning an A-list celebrity paycheck.

Summary: In the mid 1960s, a husband and wife named Dorothy and Myer Kripke faced a difficult problem. A problem that is fairly common for many middle-aged couples. How do you properly plan for retirement? Dorothy and Myer were actually way ahead of most of their peers when it came to retirement planning. Thanks to diligent saving habits and a small inheritance, by 1965 they had managed to sock away roughly $67,000 which is equal to roughly $500,000 today after adjusting for inflation. After months of stressful debating, Dorothy offered her husband some simple advice: "Myer, invest the money with your friend, Warren." The "Warren" Dorothy was referring to was a neighbor who had recently gained a good local reputation for managing money in Omaha, Nebraska. His full name? Warren Edward Buffett. Guess how this story turns out…

Summary: Even though Michael has not played a sport professionally in over a decade, he still earns an estimated $80-100 million per year from endorsements to this day. Michael Jordan earns $60 million every year from Nike/Jordan brand royalties alone. He owns a $50 million customized Gulfstream IV private jet, and a real estate portfolio that would make Donald Trump blush. He bought his first minority stake in the NBA's Charlotte Bobcats in 2006 (soon to be known as the Hornets). He became a controlling owner when he bought out BET founder Robert Johnson's stake in 2010 for $175 million. In June, it was revealed that Michael's Bobcats ownership stake is much larger than had been previously reported. It turns out, Jordan now owns 89.5% of the Bobcats. Previously the Bobcats were estimated to be worth a minimum $600 million. They are probably worth much more considering the fact that The Clippers sold this summer for $2 billion. When you combine Michael's non-Bobcats fortune with this new info, his net worth is officially over $1 billion.

Most Searched Celebrities of 2014:

So there you have it! 2014 is in the bank. Thanks again for visiting our humble website this year. From everyone at Celebrity Net Worth, we hope you have an amazing New Years Eve! Be safe! And let's all make 2015 the year we make huge fortunes so our wildest dreams become reality!