Celebrity Apprentice: Donald Trump's Net Worth Vs. Everyone On The Other Side Of The Desk

By B. George Young on January 8, 2015 in Articles › Entertainment

NBC's hit reality series Celebrity Apprentice returned to the air on Sunday after a hiatus of almost two years. The first episode of the new season had 6.8 million viewers along with a 2.3 rating in the adults 18 to 49 demographic. The show earned NBC's best rating in two years during the 9 p.m. time slot on Sunday excluding sports programming and the Golden Globes.

In case you're just waking up from a coma, Celebrity Apprentice focuses on celebrities trying to be "hired" by Donald Trump and win the competition, thus earning lots of money for their charity of choice. The show is about competition and business as well as wacky hijinks, but often comes down to the winning team being the one that earned the largest amount of money.

Some of these celebrities are big names while others are more considered C or D-list types. The show started off with 16 celebrity contestants. Although some of these celebs have made some good money, none of them can hold a candle to "The Donald". Donald Trump boasts a net worth of $4 billion and takes home an annual salary of $60 million. So when Mr. Trump was sitting in his chair deciding who to fire, was he worth more than all the 16 contestants put together? 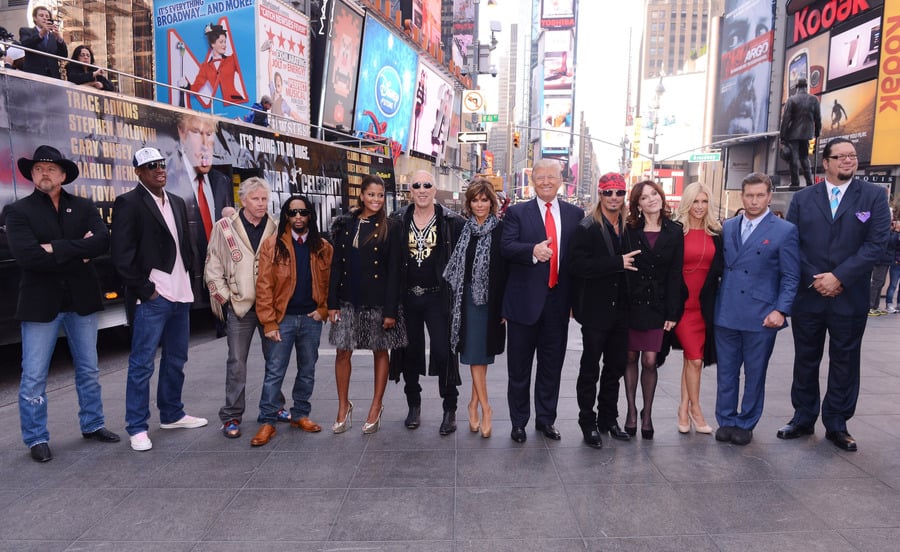 If you guessed that Donald Trump is worth much more than all of the contestants put together you were right. All together the celebrities of Celebrity Apprentice 2015 are worth $169.5 million while Mr. Trump is worth $4 billion alone. In fact Trump is worth more than 23 times the net worth of all the contestants pooled together. At that rate it would take a whopping 377 celebrities on the other side of the desk to balance out the scale of net worths between Trump and everyone else. Just to rub it in Donald's daughter Ivanka and his son Donald Jr. who are often featured on the show are each worth $150 million which is more than any of the contestants as well. Add them to Donald Trump's left and right and it would now take 25 seasons worth of celebrities, or 405 to balance both sides of the desk.