Celebrities Who Have Gone From Rags To Riches

Rags to riches stories are always interesting and uplifting. They inspire us and show that no matter where we are at financially, we have a chance to improve our situation. People can go from having nothing to being a billionaire seemingly overnight. Many of these people we have never heard of, but others are well-known household names. Here is a look at some of the celebrities that went from rags to riches.

The actress was raised by a single mother. She achieved early success when she competed in beauty pageants and then moved to New York City to pursue her dreams of being a model. After Berry ran out of money, she became homeless and lived in a shelter. Halle Berry now has a net worth of $80 million.

Swank grew up in a trailer park, raised by her single mother. When her mom lost her job, they moved to California for Hilary to pursue her acting career. The mother and daughter were homeless and stayed at friends' homes or slept in their car. Hilary also dropped out of high school. Hilary Swank has a net worth of $40 million.

The Harry Potter author was not always well to do. She depended on welfare and was a single mother battling with depression before her book series became so popular. J.K. Rowling now has a net worth of $1 billion.

The hip-hop mogul makes no secret that he grew up in the Marcy Housing Projects in Brooklyn, New York. Jay-Z was raised by his single mother and got into a life of crime.  He was able to straighten up, and is now an entertainment icon. Jay-Z now has a net worth of $560 million. 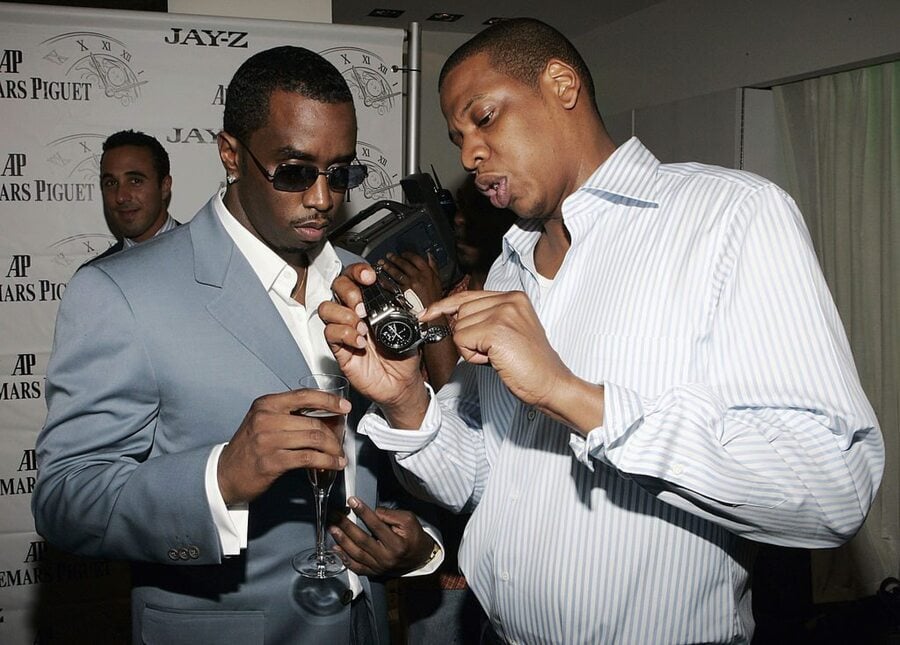 The well-known actor and comedian couldn't even finish high school because he had to work as a janitor and a security guard to help his family with money. Carrey's parents lost their home and he was forced to live in a camper with his four siblings. He was even homeless at one time, and bounced around in low paying jobs. Jim Carrey now has a net worth of $150 million.

Marky Mark dropped out of high school at 14 years old, turned to a life of crime, and became involved with drugs. He even did time for an assault before he was able to turn things around. Mark Wahlberg now has a net worth of $200 million.

The Queen of TV Talk didn't always have things so good. As a child, Oprah lived in a boarding house with her mother and half-sister. Her family was dependent on welfare and Oprah said that she had to wear clothes that her grandmother made from potato sacks because they were so poor. Many years later, she was fortunate enough to be giving away lots of free things to her talk show audiences. Oprah Winfrey now has a net worth of $2.9 billion.

Parker grew up in a large family and had seven siblings. Her dad was a truck driver and her parents were on welfare. Parker has told stories about her electricity and phone being shut off as a child because her parents couldn't pay the bills. Sarah Jessica Parker now has a net worth of $90 million.

P-Diddy grew up in a housing project in Harlem, New York. At just 33 years old, his father was shot and killed by a drug dealer. Diddy went on to found Bad Boy Records and become very successful in the entertainment industry. Sean "Diddy" Combs now has a net worth of $700 million.

The country singer started singing in bars at eight years old by necessity, in order to earn money for her family. Her parents split up and there was not enough money to put food on the table. After a tragic car accident killed her mom and stepdad, Shania put her career on hold to raise her younger siblings. Shania Twain now has a net worth of $350 million.