These Celebrities Were Rich Even Before They Were Famous

By B. George Young on October 6, 2015 in Articles › Entertainment

Celebrities usually get rich based on their star power, but sometimes famous people are simply a case of the rich getting richer. It is not uncommon for the children of celebrities to become famous themselves. Imagine being the kid of a famous parent and having lots of money and everything you want. After that you become famous yourself, thanks in part to your parents being in the spotlight and the cycle starts all over again.

Some celebrities are well known for being linked to their famous fathers such as Tori Spelling, Nicole Richie, Miley Cyrus, and Robin Thicke. Here is a closer look at some other celebrities who grew up rich before they were famous.

We all know that Jake's sister, Maggie is also a famous actor, but did you know that his father, Stephan Gyllenhaal is a movie director? Not only that, but their mother is also a screenwriter who has been nominated for an Oscar. Their parents' connections helped Jake and Maggie get more opportunities in Hollywood and the family was already pretty well off. Jake Gyllenhaal has a net worth of $65 million.

Jones has become a popular actress and writer who has championed the role of women in comedy. She starred in the TV series Parks and Recreation and has written for the Toy Story film series. Rashida had a nice upbringing as her mother Peggy Lipton starred in The Mod Squad and her father Quincy Jones has a net worth of $350 million as a record producer and media tycoon. Rashida Jones has a net worth of $10 million.

Korean rapper Psy is the king of the one hit wonder, with his hit song "Gangnam Style." In the United States, hardly anyone had ever heard of this goofy guy, but he grew up rich. Psy is the son of the executive chairman of the DI Corporation. "Gangnam Style" helped him amass a net worth of $45 million. 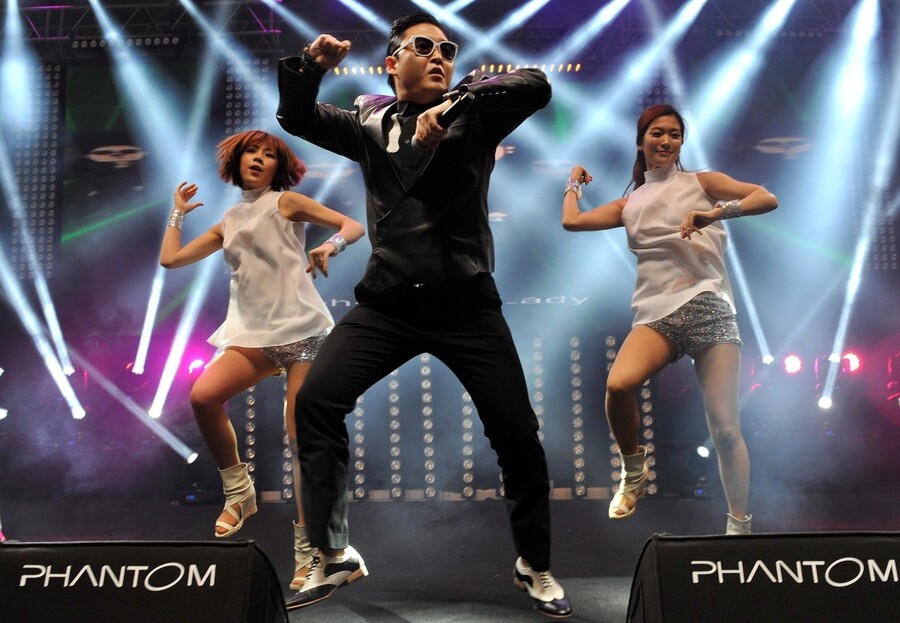 Swift seemed to come out of nowhere to become one of the biggest pop stars of our time. Taylor has become an inspiration for girls everywhere and has made tons of money while doing so. Swift did not come from nothing as her father, Scott Swift is a wealthy financial advisor for Merrill Lynch. This helped her be free to chase her dreams and not worry about the financial aspect of being a starving musician. Taylor Swift has a net worth of $240 million.

Shields started acting as a young child and starred in a commercial for Ivory Snow at less than a year old. She went on to star in movies like The Blue Lagoon and Pretty Baby and TV series such as Suddenly Susan. Brooke's father worked as an executive for Revlon so she was able to grow up comfortably. Brooke Shields has a net worth of $25 million.

We all know her as Elaine on Seinfeld, but did you know that Julia's father is the French billionaire Gerard Louis-Dreyfus? Louis-Dreyfus comes from a long line of successful people and the family fortune has continued to build over the years. Julia Louis-Dreyfus has a net worth of $200 million.

The pop icon has become famous for her hit singles such as "The Way," "Problem," "Break Free," "Bang Bang," "Love Me Harder," and "One Last Time." Ariana's father is a financial advisor  the CEO of a company called Ibi Designs, Inc. Her mother is also a former marketing executive, so the family had quite a bit of money while Ariana was growing up. Ariana Grande has a net worth of $16 million.

Levine has done quite well for himself as the lead singer of Maroon 5 and as a regular judge on the reality TV series The Voice. Levine is one of the wealthiest musicians in the world, thanks mostly to The Voice. He also grew up wealthy as his father, Fred Levine is the founder of the clothing company M.Fredric. Thanks to the family having plenty of money to send Adam to a private school, he ended up meeting a couple of his Maroon 5 band members there. Adam Levine has a net worth of $60 million.