How The Cast Of Total Divas Compares To Their Male Counterparts

Total Divas is one of the hottest reality shows on the E! Network. The show debuted in 2013 and recently entered into its fourth season. Total Divas gives viewers a behind the scenes look at the lives of WWE Divas both in the ring and out. The show features many of the top WWE Divas including Nikki and Brie, The Bella Twins.

Recently we brought you the salaries of the Top 20 WWE Superstars and you may have noticed that there were no WWE Divas who made the cut. Four of the top six wrestlers on that list do not wrestle every day or even every month, and still make more than $2 million per year! According to the WWE, average wrestlers on their main roster make about $500 thousand per year so how do the stars of Total Divas compare? 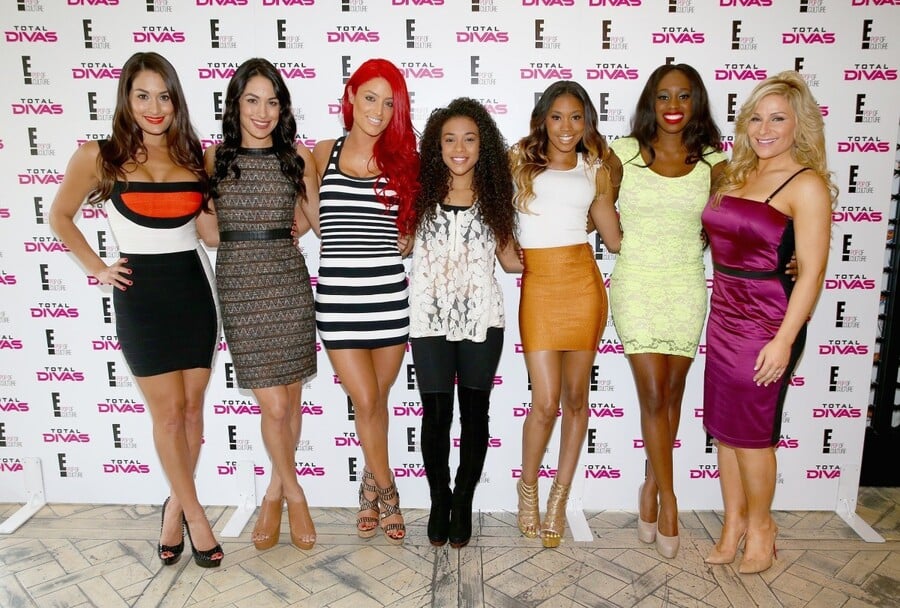 Nikki Bella brings in other money from various projects, but her income still pales in comparison to her boyfriend John Cena, who makes $5 million a year and has a net worth of $35 million. In case you are wondering, WWE Chief Brand Officer and minority owner Stephanie McMahon has a net worth of $25 million and she made almost $1.5 million in 2014, making her the ultimate Diva. So why are the top WWE Divas only making half of what average male wrestlers make?

This trend seems to be consistent across all sports. Our list of the 25 highest paid athletes in the world did not include a single female. In fact, there were only two females who cracked the top 100 and both were tennis players. Maria Sharapova just missed the top 25, coming in at #26 by earning $29.7 million in the last year (most of which was made off the court), while Serena Williams was ranked #47 with annual earnings of $24.6 million. Tennis is one sport that has stepped up and now provides equal prize money for male and female players in all four of the Grand Slam events.

The age old problem of equal pay for women certainly holds true in the world of sports. There may be many reasons this pay gap exists, including the popularity of men's sports and the lack of opportunities for women. If we want to make efforts to close this gap in pay between genders, perhaps we should start at the top with visible female athletes. Sharapova has a chance at making the top 25 highest paid athletes list next year, but what other female athletes have that opportunity? At this point it seems that no WWE Divas will be paid as much as the men anytime soon.