Did The Cast Of Entourage Really Need To Make A Movie?

According to the commercial for the new movie, Entourage, I can enjoy the film without even knowing the show. So why would I want to go see this seemingly niche movie about an old TV show of which I never saw a single episode? And why should I go see it when I could go see the new blockbuster, Jurassic World?

The highly-rated HBO series ran from 2004 to 2011 and was co-executive produced by Mark Wahlberg (who the series is loosely based on). The five main cast members that starred in all 96 episodes also starred in the 2015 Entourage movie. There were even rumors that the Entourage movie was actually held up due to salary disputes.  Here is a closer look at the actors that make up Entourage and how much each is worth. 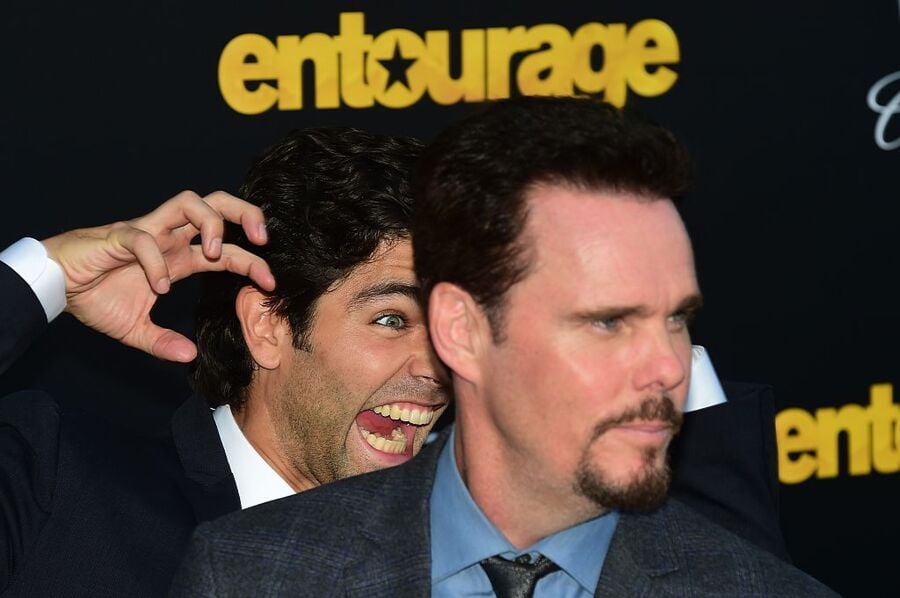 Jeremy Piven as Ari Gold – Piven was the highest-paid actor on Entourage, making $350,000 per episode. His was the only name that was originally attached to the Entourage TV project when it was first created and he had an initial two-year deal worth about $100,000 per episode, which was much higher than what was earned by the rest of the cast. He currently stars in the British TV series Mr. Selfridge. Jeremy Piven has a net worth of $15 million.

Adrian Grenier as Vince – Grenier made a healthy $200,000 per episode of Entourage. He has not done any more TV since Entourage and has only appeared in a few films. He has mainly been working behind the camera and on his lifestyle brand SHFT.com. Adrian Grenier also has a net worth of $15 million.

Kevin Connolly as Eric – Connolly also made $200,000 per episode of Entourage. Like Grenier, he took a step back from acting, but has appeared as a series regular on the TV show Friends with Better Lives. In 2013, he directed an ESPN 30 for 30 film called Big Shot. Kevin Connolly coincidentally also has a net worth of $15 million.

Kevin Dillon as Johnny Drama – Dillon made $80,000 per episode of Entourage, which is a lot less than some of his co-stars. Since the show ended, he has starred in a handful of films and his sitcom, How to Be a Gentleman, was cancelled after just two episodes. Kevin Dillon has a net worth of $10 million.

Jerry Ferrara as Turtle – Since the series ended, Ferrara has starred in the movies Think Like a Man, Battleship, Last Vegas, Lone Survivor, and Think Like a Man Too. He opened Fat Sal's Deli and has lost weight and become a fitness inspiration. Ferrara claimed he didn't care how much he got paid for the Entourage movie and that he would have "done it for free." Jerry Ferrara has a net worth of $10 million.

Looking at what the cast has done since Entourage, it was clear why they needed a boost to their pocketbooks with an Entourage movie. Then again, who's going to turn down easy money?