How Carlos Slim Built A $70 Billion Fortune And Global Empire

By Amy Lamare on September 12, 2013 in Articles › Entertainment

From an early age, Carlos Slim Helu's father taught him to learn and understand finance. When other children grew up with coloring books and crayons, Carlos and his siblings were given ledgers to record their allowance expenses. Carlos showed an early and exceptional aptitude for numbers and by the time he was 12-years old, he was buying shares in the Bank of Mexico. Today, the 73-year old Carlos Slim Helu is one of the richest people in the world with a global empire and a personal fortune north of $66.8 billion. For several years, he was the richest person on the planet but was recently re-passed by Bill Gates who now holds a slim lead (no pun intended) as of September 2013. How did this mild mannered son of immigrants build up such a large and unfathomable fortune? Keep reading to find out…

Carlos Slim Helu is the fifth of six children of Julien Slim Haddad, a Lebanese immigrant to Mexico, and Dona Linda Helu, the daughter of Lebanese immigrants. He was born, raised, and still resides in Mexico City, where he presides over his business interests at the age of 73-years old. Slim Helu's father and uncle opened a dry-goods store in the early 20th century and remained committed to their adopted country when investors fled Mexico after the revolution of 1910. This proved to be a wise decision as by the 1920s, the elder Slim had gained control of a number of business and real estate in Mexico City.

Carlos Slim Helu studied civil engineering at the Autonomous National University of Mexico, where he began teaching math and programming while still a student. While still in his early 20s, Slim Helu started his first business venture, a stock brokerage called Inversora Bursatil. He also married his wife Soumaya Domit that year.

Carlos Slim Helu followed his father's rules of thrift and financial responsibility and even as his family and income grew, he continued to live modestly, choosing instead to re-invest his earnings in expanding his businesses, acquiring more businesses, and growing his holding group, Grupo Carso. Over two decades, the 1960s and 1970s, Carlos Slim sought out companies he believed were undervalued. His strength was in identifying these businesses and then overhauling their management to make the company more profitable.

Slim Helu's portfolio has always been diversified. In the 60s and 70s, his interests were in real estate, a construction equipment company, mining, a tobacco company and retail stores. When Mexico plunged into an economic crisis in 1982, Slim's confidence did not waver. While the Mexican government defaulted on foreign debts and many Mexican investors rushed to divest themselves, Slim went out and acquired the Mexican affiliates of Reynolds Aluminum, General Tire and Sanborns' retail stores and cafeterias. 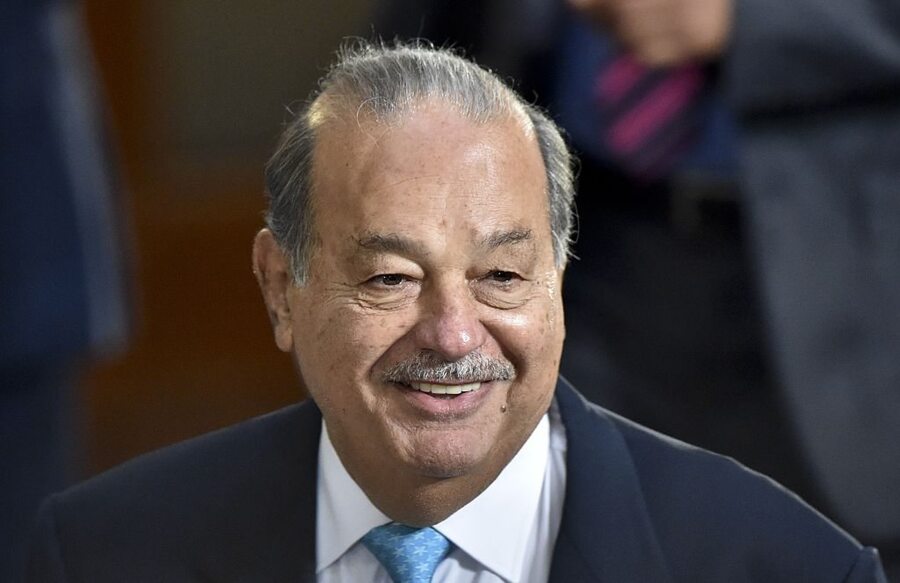 Slim knew the economy would recover, and through skillful movements and patience, weathered the storm. When the Mexican economy did recover, Slim saw his fortune grow exponentially. Did he slow down and enjoy his wealth? Of course not! He went out and then acquired the Mexican rights for a number of U.S.-based brands such as Firestone tires, Hershey, and Denny's.

Slim took his holding company, Grupo Carso, public in 1990, at about the same time the Mexican government began to divest itself of a number of state-owned monopolies. Slim proceeded to purchase the state's telephone company, Telefonos de Mexico (Telmex). Slim's eye was on the future—he took special interest in a small part of Telmex's operations – the brand new cellular service.

Slim started a number of practices that allowed the floundering Mexican economy and its residents to affordably acquire cell phones. He sold the cell phones with a month's service prepaid and also enabled his customers to buy prepaid phone cards and use their minutes as they needed them. This prepaid service took off immediately and grew by 66% every year for the next 15 years. When the dot.com bust of 2000 sent foreign-owned cellular companies throughout Latin America into a downward spiral, Slim grabbed them, combining cell services in an industry and market he understood better than anyone else.

Slim called this new company America Movil and it soon became the largest wireless services provider in Latin America. By now we all know what has happened with cellular phone usage and by 2007, Slim's group of companies was valued at around $150 billion. It was that year that Slim first passed Bill Gates to become the richest person in the world with a fortune of $59 billion. He was the first richest person in the world in 16 years that was not from the United States.

Slim uses his fortune to endow a number of charities, museums, and educational projects. In 2007, he gave an additional endowment of $4 billion to expand the Carso Foundation's efforts to build infrastructure, promote education and reduce poverty, not only in Mexico, but throughout Latin America. The Telmex Foundation is one of the largest philanthropic institutions in Latin America. In addition to contributions to services in health, nutrition, conservation and disaster relief, it has provided university scholarships for hundreds of thousands of students who would otherwise be unable to attain a higher education. Slim himself was the principal donor to the long-term project to restore and revitalize Mexico City's downtown, the Centro Histórico.

In 2008, Slim shocked the business world when he purchased a 6.4% stake in the New York Times Company. In 2009, when the global recession and declining print journalism industry took a heavy toll on the print-based media, Slim loaned the Times $250 million. This infusion of cash, along with other strategic adjustments by Times management, steadied the company's finances, and the Times repaid the loan, plus 14% interest, ahead of schedule. Slim and his family have purchased additional shares, raising their stake in the company to just over seven percent. They hold warrants to increase their holdings to 16 percent of the company's total stock. Just the suggestion of this plan caused a sharp increase in the price of New York Times stock, a dramatic indication of Carlos Slim's influence in the word of finance. 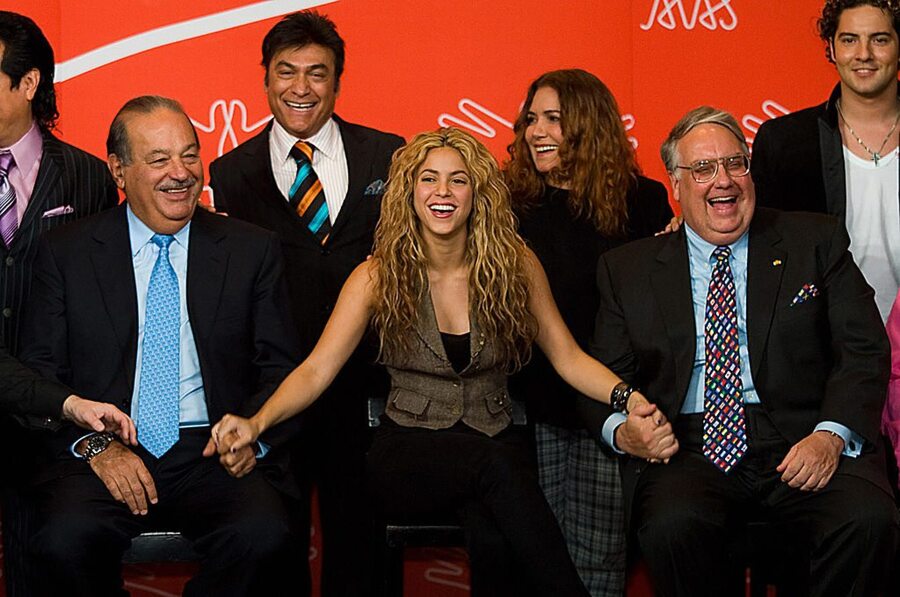 Carlos Slim Helu's family is a close-knit group. The have a large family dinner together every Monday night. He remains as frugal as his father taught him to be, living in the same modest six bedroom home he has lived in for the past three decades. Carlos still drives himself to work every day.

Although Slim maintains an active involvement in his companies, he is devoting more of his time to his philanthropic pursuits, and his three sons have taken the reins of the major components of Grupo Carso. On a personal note, Slim is a baseball nut who roots for the New York Yankees. In fact, in 1998 he wrote an article on obscure historical baseball figures for a Mexico City magazine.

Slim has been awarded the Entrepreneurial Merit Medal of Honor from Mexico's Chamber Of Commerce. He is a "gold patron" of the American Academy of Achievement and a Commander in the Belgian Order Of Leopold II. Slim was named CEO of the year in 2003 by "Latin Trade" magazine, and one year later CEO of the decade by the same magazine.