How The Founder Of FedEx Gambled His Last $5,000 In Vegas To Save The Company

Can you imagine the world today without FedEx? Back in 1974, that almost happened. Frederick W. Smith took the company's last $5,000 to Las Vegas in an attempt to save his company.

Smith is the founder and current CEO of FedEx. In 1971, he started what was, at the time, a revolutionary idea. He structured his company so that it could deliver packages overnight anywhere in the world. Remember, this was a time long before the internet, before cell phones, before even fax machines were in widespread use. The idea that someone could send a package from Dallas to Dublin overnight was amazing.

Smith first had the idea for an overnight delivery while he was a student at Yale majoring in economics. He wrote a paper on the subject of the automation of society and the transportation of goods which laid out his basic plan for what would become FedEx. 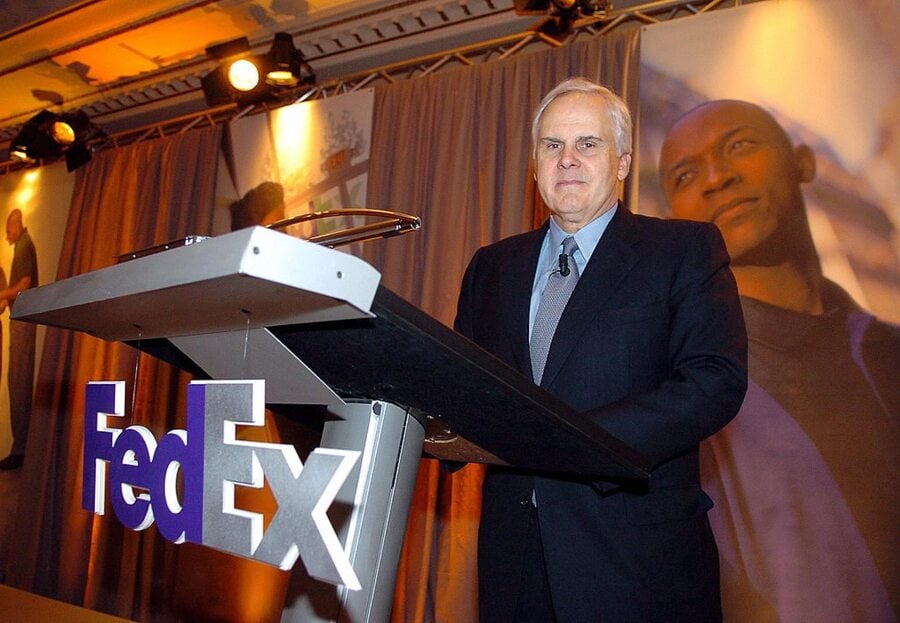 Smith started Federal Express with $4 million of his own money and an additional $90,000 he raised (this is equivalent to more than half a million dollars today).

Three years after Federal Express was founded the company was in trouble. The oil embargo of 1973 caused a gas shortage and sent the cost of fuel, all fuel – automotive and air – skyrocketing. As a result, Federal Express was losing more than $1 million (nearly $5 million in 2016 dollars) a month, and was on the verge of bankruptcy. Smith tried to get loans and find investors who could contribute capital but no one was interested. Things got so desperate that FedEx's pilots began using their own personal credit cards to buy fuel for the planes.

Federal Express hit its low point when the company had just $5,000 to its name. That wasn't enough money to buy fuel for their planes, let alone operate the company, and Smith could no longer rely on his pilots' personal credit cards. Smith approached General Dynamics with one final plea for more funding. They turned him down. FedEx was dead on the ground without enough money to put gas in their planes.

Smith did not want to give up on his company, so instead of taking a flight back home to Memphis, he took his last $5,000 and flew to Las Vegas to take his chances at the blackjack tables.

On Monday morning when FedEx's executives rolled into the office expecting the worst, they were shocked to find out that the company had $32,000 in its bank account. The $27,000 Smith won at the blackjack tables was just enough money to pay for the fuel so that their planes could keep flying for a few more days.

As luck would have it, a few more days was all FedEx needed. Smith was able to raise $11 million to keep the company in business. Two years later, in 1976, the company turned its first profit of $3.6 million. Four years later, profits were almost $40 million and the company's gross revenue was close to half a billion dollars. Today FedEx is worth around $35 billion and Frederick W. Smith has a net worth of $2 billion.