Earlier this week it was reported that a Chinese company that you've probably never heard of spent $3.6 million to purchase the two letter domain name, mi.com. The company behind that eyebrow-raising transaction is called Xiaomi. Founded just four years ago, Xiaomi has grown into a multi-billion dollar Chinese electronics behemoth that is set on world domination. The company was founded by and is currently run by a man named Lei Jun. Lei Jun is frequently called the Chinese Steve Jobs, a nickname he doesn't love, even though he built his empire by emulating the former Apple chief right down to the smallest detail. He even copies Steve's famously simple wardrobe of jeans and a black tshirt. It seems as though Lei Jun doesn't want to be like Steve Jobs, he wants to be the NEXT Steve Jobs, right down to design aesthetics, wardrobe, and, of course, the fortune. As of this writing, Lei Jun is personally worth $3.9 billion. 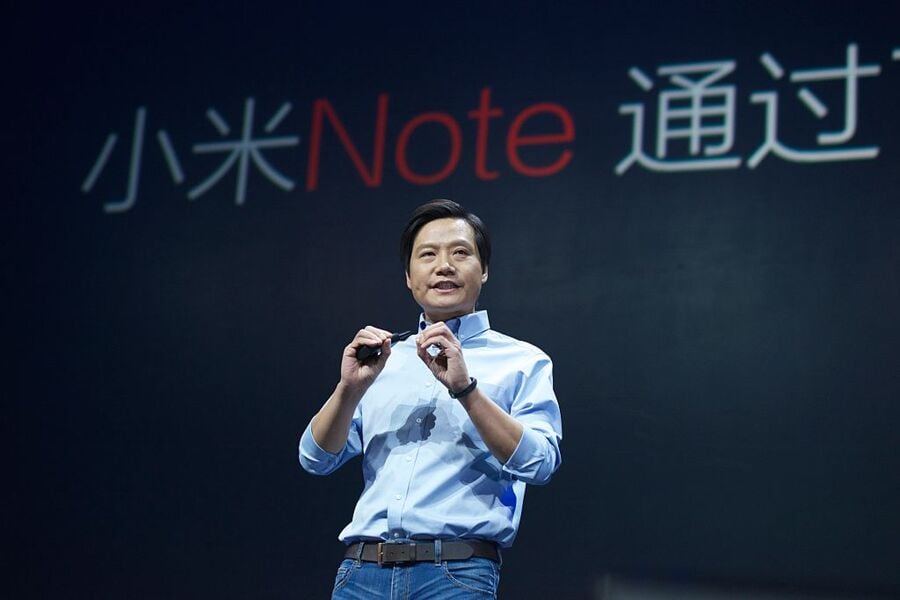 Founded in June 2010, Xiaomi is a privately held company that designs, develops, and sells smart phones, apps, and consumer electronics. Xiaomi released its first smart phone in August 2011 and since that time has made leaps and bounds in gaining market share in mainland China. The name Xiaomi literally means "little rice" or. "Xiao" means little and "mi" means rice.

In a little more than three years, Xiaomi has sold more than 7 million phones. What's their secret? All of Xiaomi's products are clearly cheap knockoffs of iPhones and Samsung devices. No company in China has reached the $1 billion revenue mark faster than Xiaomi.

It turns out that Jun's Steve Jobs mimicking is no accident. The 44-year old billionaire (who hit billionaire status at age 43, just like his hero) read a biography of Apple's former CEO in 1987 when he was a student at China's Wuhan University in his hometown.

After graduating college in 1992, Jun went to work for a software firm called Kingsoft, where he slowly worked his way up to CEO by 1998. He remained with the company until 2007. Kingsoft was an industry leader in word processing software in the early to mid 90s. Unfortunately, as competition from foreign companies and piracy by local thieves made it very difficult for Kingsoft to survive. The company came within a heartbeat of going bankrupt on several occasions in the late 1990s. Thankfully, under Lei Jun's leadership Kingsoft rebounded by diversifying its product line. In 2007 he led the company to a successful IPO. At this point, Lei felt he'd done all he could do at Kingsoft and resigned from the company to pursue angel investing. Jun remained Chairman of the Board of Kingsoft and has a 12% stake in the company that is worth $60 million today.

While Lei Jun was at Kingsoft, he launched a side business called Joyo that was one of the first online retailer to exclusively target Chinese consumers. In 2004, Lei sold Joyo to Amazon for $75 million.

As an angel investor, Lei Jun has shown an uncanny talent for picking winners. Thanks to early investments, today Lei owns minority stakes in a number of Chinese online enterprises including Vancl and Lakala (e-commerce companies), YY (a video streaming and social communication platform) and UC Web (a mobile Internet company). All four of these companies have valuations of more than $1 billion.

In 2010, Jun founded Xiaomi with $41 million in funding and six partners, including Bin Lin, a former Microsoft and Google engineer. They set up an office on the outskirts of Beijing. Jun owns more than 30% of the company to this day.

Four years into their operations and Xiaomi is already poised to push its way to the top of the Chinese mobile market, an impressive feat in itself given how crowded that space is. And every step of the way, instead of starting totally from scratch, Xiaomi made it their business to copy other businesses.

For example, when Xiaomi needed an operating system for its smartphones, it "adapted" one based off Google's Android system. Jun also set out to work with many of the exact same manufacturers and suppliers that work with Apple including Foxconn, Broadcom, and Qualcomm.

The company released their first iPhone knockoff, the Mi-1 in August 2011. It sold out completely in just two days. In August 2012, the Mi-2 was released and sold out so quickly that Xiaomi was accused of creating artificial shortages to generate buzz.

Unlike Apple, Xiaomi sells its smart phones at nearly cost. The company makes its money by getting the users of those phones to pay more for mobile services. Xiaomi is incredibly popular with young people, especially with their uber cool MI-One phone. The Mi-1 sells for $320. By comparison, the iPhone sells for $790.

In September 2013, Lei Jun announced plans to launch an Android-based 47″ 3D Smart TV. The TV will be built by Sony TV maker Wistron Corporation in Taiwan. Xiaomi also announced the release of its MI3 phone and plans to open its first retail store, to be located in Beijing. In October 2013, Xiaomi became the fifth most used smart phone brand in China.

With the announcement this week that Xiaomi was spending $3.6 million to purchase mi.com, the company also laid out their plans to expand operations into 10 new foreign markets. Another reason for re-branding their website as simply "mi" is that many Chinese consumers actually have trouble pronouncing "xiao". They frequently mispronounce it as "shaow" instead of "she ow". Shortening to "mi" solves this problem once and for all.

Lei Jun may in fact be carefully cultivating a personal and corporate style similar to Steve Jobs, but with a net worth of nearly $4 billion, it's clearly working for him. From the jeans and dark shirts, to mimicking Apple's style of making product announcements, Jun seeks to move China beyond the rather limited scope of being known for assembling devices for other countries. With Xiaomi, he plans to conceptualize, design, and build the devices that the whole world will want to buy. Don't be surprised if you find your self buying a Xiaomi phone at Walmart in the next couple years!