Can Eric Lefkofsky Save Groupon And Get His Net Worth Back Up To $4 Billion?

By Amy Lamare on November 12, 2013 in Articles › Entertainment

Eric Lefkofsky is the CEO and the biggest individual shareholder of the online daily deal website Groupon. After the company's former CEO and co-founder Andrew Mason was dismissed, Lefkofsky was elevated to interim chief in February 2013 by Groupon's Board. He was then formally crowned CEO in August. As of November 2013, this 42-year old serial entrepreneur owns 24% of Groupon. In other words, he owns roughly 159 million of the 665 million total shares outstanding. At GRPN's most recent closing price of $10.28, Lefkofsky's stake is worth right around $1.6 billion. Pretty awesome right? Well, as you may have heard, Groupon has had a very tough couple years. As excitement over online daily deal sites peaked then faded, Eric Lefkofky's net worth plummeted from an all time high of more than $4 billion to an all time low of $300 million before climbing back up to its present levels. Now firmly planted at the helm of the company, Lefkofsky is desperately working to revive both the fortunes of his company and his personal bank account. Do you think he can do it? Here's some background on Erik, Groupon and the challenges they both face today. 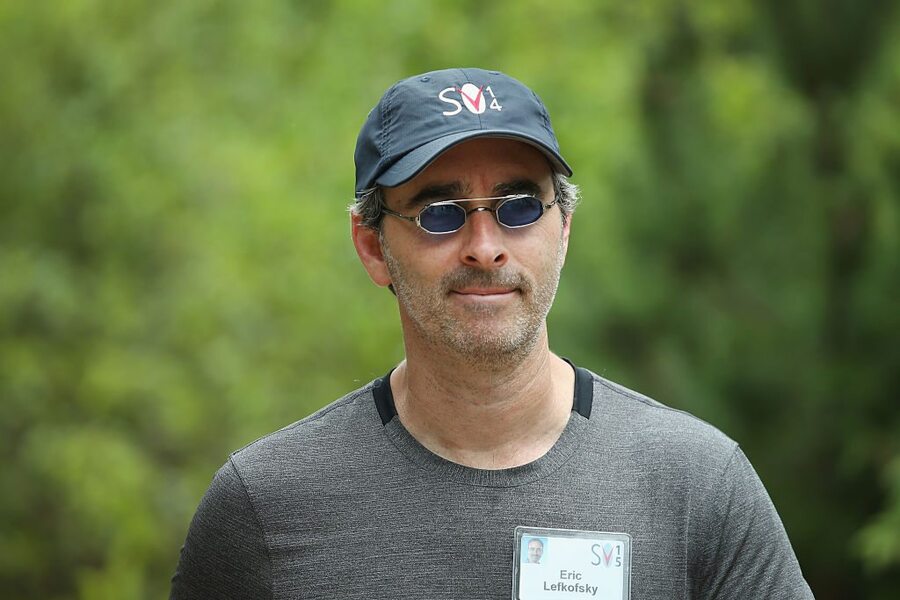 Born in Southfield, Michigan, a town near Detroit, Lefkofsky is one of three children born to a structural engineer father and school teacher mother. He attended the University of Michigan for his BA and JD, finishing his education in 1991 and 1993, respectively. While in college, Lefkofsky got his first taste of the working life as a carpet salesman. A job he reportedly took after being dumped by a girlfriend.

After completing law school, he and a friend, Brad Keywell, borrowed money from relatives to buy an athletic apparel company in Madison, Wisconsin called Brandon Apparel. Their business failed spectacularly. At first, Brandon Apparel experienced rapid growth. After buying the company, revenue rose from $2 million to $20 million. But, unfortunately, that was not fast enough to repay the company's ballooning debt. Brandon Apparel was heavily over-leveraged and it eventually collapsed under the weight of its obligations.

But it wasn't as simple as just closing the company and declaring bankruptcy. The failure of Brandon Apparel spawned a slew of lawsuits, including one from a lender named Johnson Bank. Johnson Bank sued Lefkofsky personally and won a default judgment of $11 million. The lawsuits were numerous and varied. Plaintiffs included the city Columbus, Ohio, the state of Wisconsin, National Football League Properties, and Major League Baseball Properties. In particular, the city of Columbus lent Brandon Apparel $750,000 to create jobs just before Brandon went belly up. The city was subsequently forced to write off the entire loan. 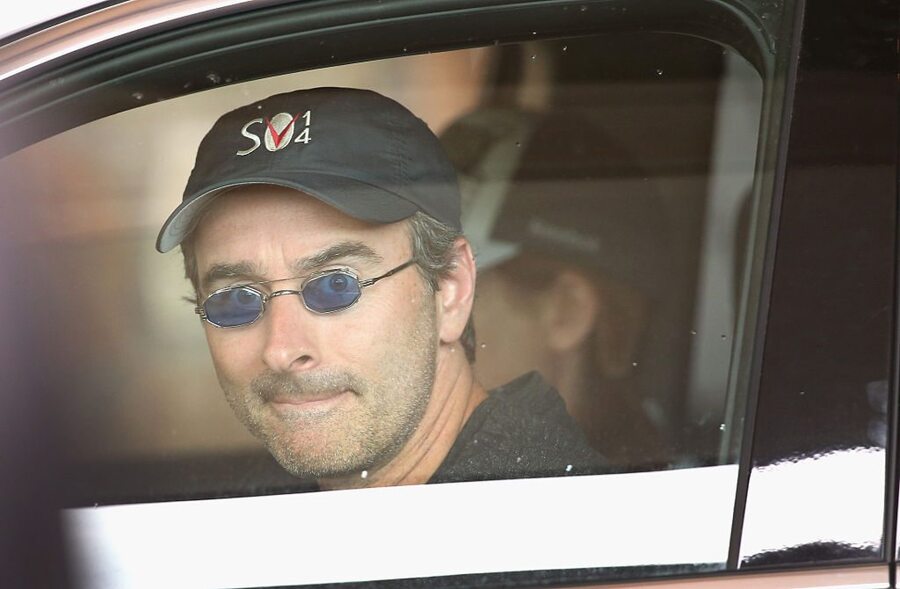 In 1999, Lefkofsky and Keywell launched another company together called Starbelly. Starbelly was an early Internet company specializing in promotional products such as coffee mugs, t-shirts and pens. In contrast to their first business venture, Starbelly was a huge success for Lefkofsky and the other insiders and after the buyout, Lefkofsky was named COO of Ha-Lo. Like many other "pre-bubble" start-ups of that time period, Starbelly experienced rapid growth before achieving any significant level of profitability. In early 2000, a year before the internet bubble burst, a 50 year old company called Ha-Lo Industries bought Starbelly for the incredibly inflated price tag of $240 million. Unfortunately, the acquisition would turn out to be a disaster for Ha-Lo Industries.

To fully understand what happened at Starbelly we have to look at the timeline. In August 1999, Starbelly raised $8 million and was valued at $32 million, even though the company was on track to post a $2.5 million loss on just $183,000 in revenue from its first six months in business. Four months later, Ha-Lo Industries bought Starbelly for a quarter of a billion dollars. Less than a year later, Ha-Lo went under, with many citing the ridiculous Starbelly acquisition as the cause. Ha-Lo had $1 million in profits in 1999 and dropped to a $64 million operating loss in 2000 thanks to its $8 million in payroll it owed to Starbelly employees and $40 million in amortization of goodwill from the deal. In 2001, after more than 50 years of business, Ha-Lo was bankrupt, leaving another trail of shareholder lawsuits that would take years to finally resolve.

Lefkofsky didn't take long to recover from Halo's bankruptcy. He co-founded InnerWorkings in the fall of 2001. The company provided print procurement services for mid-sized companies. In 2006, InnerWorkings had a successful IPO, and Lefkofsky sits on the board of directors to this day. InnerWorkings has annual revenue of about $480 million today.

In February 2005, Lefkofsky once again created a company with Brad Keywell – this time a freight logistics firm called Echo Global Logistics. This company also went through a successful IPO on the NASDAQ in 2009. Lefkofsky and Keywell then went on to found MediaBank in the summer of 2006. MediaBank is a media buying technology company that provides advertising buyers with planning, buying, accounting, and analysis software – once again updating an existing industry through technology and the Internet.

Back at InnerWorkings, one of Lefkofsky's star employees at was a 21 year old developer named Andrew Mason. In 2006, the 26 year old Mason had an idea for an internet coupon site called ThePoint.com. Believing strongly Mason, Lefkofsky invested $1,000,000 to co-found ThePoint.com. For a while, ThePoint struggled to find success. Then one day, Lefkofsky and Mason added a simple social sharing element to the coupon process and renamed the company Groupon. Groupon grew to be a massive success. They grew so big that at one point they turned down a $6 billion buyout offer from Google. In October 2011, Groupon raised $950 million in private funding to pay out $810 million to employees and investors, of which Lefkofsky and his family received $398 million.

Groupon's November 2011 IPO was the largest by a U.S.-based Internet company since Google. Groupon raised $700 million at $20 per share with the offering. Groupon has been called the fastest-growing company ever and with good cause. Groupon perfectly timed three key events: 1) The explosion of social media and sharing information on sites like Facebook and Twitter. 2) The overwhelming desire of American consumers to save money due to widespread belt-tightening. And 3) Small businesses' desperate need to bring in new customers and generate sales in the worst economy in over 70 years. Groupon started with a handful of employees and ultimately topped out at more than 3,000 worldwide.

Unfortunately, keeping in line with Eric Lefkofsky's track record, Groupon's rapid success was followed by an even more rapid and precipitous decline. After turning down Google's $6 billion offer, Groupon's executives briefly looked brilliant when the company went public at a market cap of more than $17 billion in November of 2011. At that level, Eric's net worth alone peaked at just over $4 billion. Andrew Mason's net worth topped out at right around $1 billion. But over the next two years, Groupon's share price fell off a cliff. As consumers and local businesses grew tired of the daily deals concept, Groupon's share price hit an all time low of $2.76 almost exactly one year after going public. At that low point Groupon, as a whole was worth less than $2 billion, Lefkofsky's net worth plummeted to $300 million and Mason's stake was worth just $75 million.

GRPN has made a moderate recovery from its all time low one year ago. As of November 12, 2013, GRPN is trading at $10.28 per share which gives the company a market cap of $6.8 billion, just slightly higher than the Google buyout offer from 2011. Lefkofsky's net worth has increased to a much more respectable $1.7 billion, while Andrew Mason's has increased to around $350 million. Personally I am skeptical of Groupon's future prospects. I hardly ever hear about people buying Groupons, or local businesses offering them anymore. To me, the daily deals trend seems to have come and gone ,but I am not an expert and crazier things have happened. What do you think? Can Groupon and Eric Lefkofksy prove the critics wrong and kick ass again? Let us know your thoughts in the comments below…