Can A Bankrupt Gambling Addict Gamble His Way Out Of $10 Million Worth Of Debt? The Rise, Fall and Recovery Of Erick Lindgren

By Dan Farkas on January 30, 2014 in Articles › Entertainment

The best poker players in the world insist poker isn't a form of gambling. Advanced probability? Yes. Statistical analysis? Sure. Psychological evaluation? 100%. Lying exhibition? Definitely. Most of the time. Always. When the moment is right. It's hard to nail down. But – poker as a form of gambling? The great ones insist it's anything but. Erick Lindgren is a great one. Depending on what website you believe, during his career Lindgren has won more than $8 million in live poker tournaments and who knows how much more online or in cash games. He's also earned millions more from endorsements. Lindgren won his second World Series of Poker Championship in 2013. It was his first win since going through rehab… for being addicted to gambling. You see, Erick Lindgren is a recovering gambling addict. After going completely broke with millions of dollars worth of debt, not Erick is ironically trying to use poker to turn his life around and payback all of his creditors. Can a bankrupt gambling addict GAMBLE his way out of debt? This is the real life story of the rise, fall and ongoing recovery of professional poker star Erick Lindgren.

When a player has the best possible hand in poker, he has "The Nuts." While poker players can have "The Nuts" on any given hand, Steve Wynn told Charlie Rose that over time, the house always wins. The gambler never wins. Erick Lindgren really tried to test that theory. A winner at the World Series of Poker? Check. World Poker Tour? Check. Aussie Millions? Check. Erik Lindgren didn't grow up in a gambler's paradise. But he sure was competitive. Growing up in Northern California, Lindgren was a guard on the high school basketball team and quarterback on the football team. His family owned a tire shop. Lindgren wasn't a trust fund baby, but he wasn't poor either.

To make ends meet after high school, Lindgren worked as a blackjack dealer at an Indian Casino where he would play poker when he wasn't working. Soon, the hobby turned into a profession, one where it seemed the competitive spirit from his high school days and success on the field would quickly translate into success on the felt.

Lindgren won his first major tournament at the Bellagio in 2002. When most people in their mid-20's are trying to pay rent, Lindgren won the Partypoker Millions III cruise and $1 million in cold hard cash. Lindgren was quickly earning a reputation as one of the world's better tournament players.

But the best poker players in the world often make their money away from tournaments. The rise of internet poker afforded many professionals a chance to compete against people who had lots of money and thought they could play with professionals. Gambling? No. A golden opportunity? Many would argue, yes. Lindgren was one of many to win a fortune on websites like Full Tilt Poker, which also paid Lindgren endorsement fees estimated at $250,000 a month.

Other poker players made more money than Lindgren. Others won more tournaments. But the combination of skill, pleasant demeanor, and all-American charm made Lindgren one of poker's most famous and well-liked faces. Lindgren was the 2008 World Series of Poker Player of the Year and an international celebrity during poker's ratings boom. He had the mathematical skills needed to optimize his hand, the savvy to avoid dangerous traps and the guts to bluff his way out of trouble – at least at the poker table. Little did poker fans know Lindgren's boom was about to bust… badly.

When a poker player statistically has zero chance of winning a hand, he is "drawing dead." So how does someone at the peak of his game "draw dead" financially so quickly?

Howard Lederer, a vegetarian, ate a cheeseburger for $10,000. Mike Matusow lost 60 pounds for $100,000. In 2007, Erik Lindgren blew them all away. Folklore suggests Lindgren won $350,000 playing four rounds of golf in one day under the hot Las Vegas sun. He had to carry his own bags and shoot under 100 all four rounds. Dehydration be damned, Lindgren did it.

Lindgren could control his body but he had no control over the bodies of others. And in the world of sports betting, that became a serious problem. Lindgren loved playing fantasy football. Like many people, he lost more than he won. But when someone posted on a poker message board that Lindgren owed him more than $10,000, it started a digital firestorm that, to date, has a thread of 135 pages and alleged unpaid debts totaling more than $100,000.

Public humiliation and digital scorn were the least of Lindgren's worries. Lindgren said in a published report he would bet, and lose, up to $100,000 per game. He estimated being down $2.3 million at one point on sports wagering.

While Lindgren insists poker is a game of skill, his profession took a turn for the worse as well. For years, online poker flew under the radar of federal regulators that didn't seem to care about the utter lack of legality to online poker in the United States. How fitting then when on April 15, 2011, the regulatory bear woke up from hibernation. In an event called "Black Friday," the feds shut down Full Tilt Poker and froze its assets. Lindgren's cash flow slowed to a trickle. The creditors gushed. Lindgren was up to $10 million in debt. 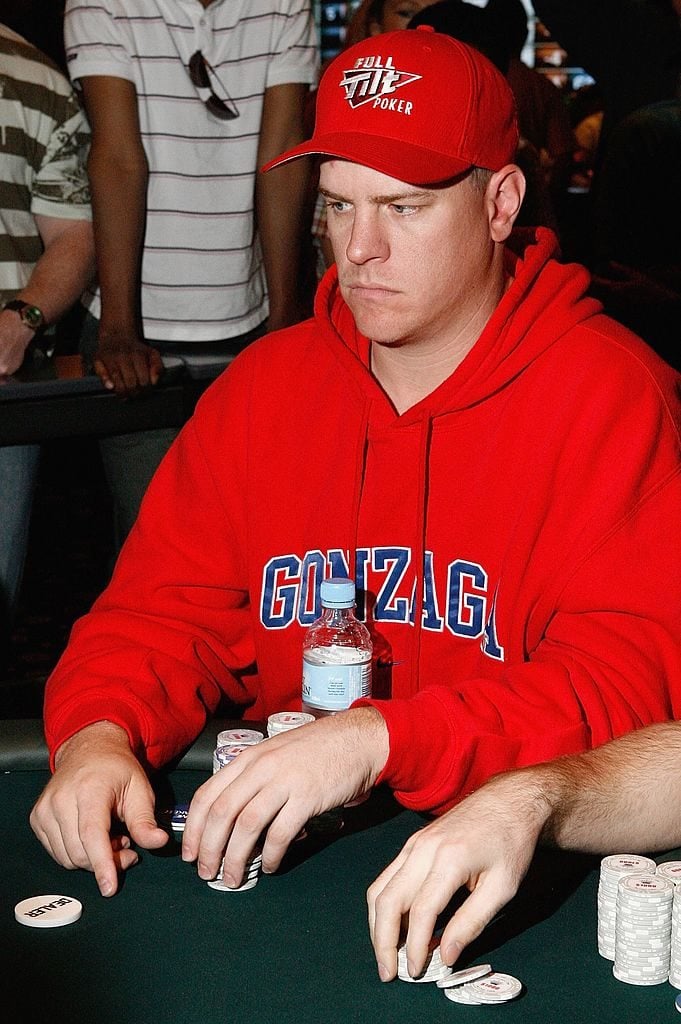 Know When To Fold Them:

It was finally time to fold. Lindgren entered a treatment facility to deal with his gambling problem. Chapter 7 bankruptcy soon followed. With a wife and young child at home, family and recovery seemed to become top priorities. But creditors don't go away easily. Lindgren told Bluff Magazine he developed a plan to settle his debts. The key cog to digging out was digging back into the thing he does best… the recovering gambling addict was going back to the poker table. Here's what Lindgren said in an interview with Bluff Magazine in January.

Lindgren's second life as a poker player is different from his first. His bankroll is smaller. Budgets are based on months, not millions. The addictive pressures that got him into this situation are sometimes a few feet away. But Erick Lindgren insists his path back isn't a gamble.

The initial analysis might prove him correct. Lindgren won the $5,000 buy-in, six-handed, no-limit hold 'em event at the 2013 World Series of Poker using the skill, savvy and psychology that helped him earn more than $8 million in his lifetime. With the win came a bracelet and $606,317. Many poker professionals have said they care more about the bracelet than the prize money. Lindgren isn't in that boat. Having pledged to repay his debt, Lindgren was still down $3 million according to bankruptcy paperwork.

Erick Lindgren turned 37 in August. Paul "Cigar" McKinney won a World Series of Poker event at the age of 80. Unlike athletes who lose physical capacity or musicians who lose their artistic edge with age, it's completely reasonable for Lindgren to continue his poker career for decades to come. It's also completely reasonable for a recovering gambling addict to succumb to the vices that come with living near – and working in – Las Vegas casinos.

Lindgren's story boils down to a simple question. Are poker players gamblers or not? Poker professionals have chimed in with their answer. Many counselors think otherwise. Both are gambling on Erick Lindgren's future, even if Lindgren hopes to never gamble again.