Cameron Diaz has been charming audiences since her film debut at 21 in 1994's The Mask. She stole the show against a then red-hot Jim Carey. A big part of Cameron's appeal is that she is equally liked by men and women. As the saying goes, men want to marry her and women want to be her friend. Born in San Diego in 1972, Cameron grew up in Long Beach, California, where she attended Long Beach Polytechnic High School. Snoop Dogg was her classmate. Diaz has characterized her upbringing as frugal. Her family collected soda cans to turn in for extra money because that $20 meant something to them. Despite that, she grew up in a close knit, happy family.

While she was in high school, the statuesque future actress signed a modeling contract with Elite Model Management and appeared in print ads for Levi's and Calvin Klein. At 17, Diaz was on the July 1990 cover of Seventeen magazine. When she was 21, she auditioned for the lead female role of jazz singer Tina Carlyle in The Mask. She was recommended to the film's producers by an agent at Elite. The film became one of the 10 highest grossing films of 1994 with $343.9 million in box office revenue and launched Diaz's acting career. Interestingly, she didn't start taking acting lessons until after she was cast. 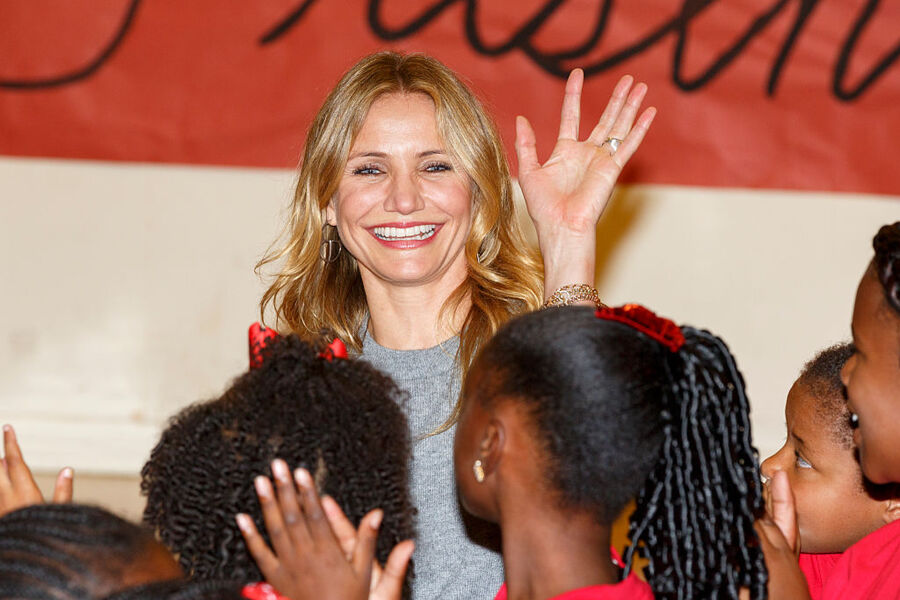 The rest of the '90s were a whirlwind of big roles and box office success for Diaz. She was cast in 1997's My Best Friend's Wedding, she broke out big time  in 1998 with her role as Mary in the Farrelly brothers' hit There's Something About Mary. She then went on to appear in Any Given Sunday and Being John Malkovich in 1999. Cameron Diaz had arrived and was a bonafide box office star.

We all know what happened next: fame, fortune, riches. She was cast in the Charlie's Angel's movies, the Shrek movies, Vanilla Sky, The Holiday, What Happens In Vegas, My Sister's Keeper, In Her Shoes, Knight and Day, Annie…  and many more. And then, in 2014, Diaz announced that she'd be retiring from acting. She was 42 years old. What drove her to that decision? Could it have been the realization that she'd probably already cashed the biggest paycheck of her life for a totally random movie.

Bad Teacher hit theatres on June 24, 2011 against Cars 2 and Green Lantern. In the film, Diaz plays Elizabeth Halsey, a boozy, marijuana smoking, immoral, gold-digging Chicago area middle school teacher. The film got mostly negative reviews, but was a commercial hit, grossing $216 million worldwide. Cameron sunk her teeth into this role with gusto. Perhaps she was motivated by the salary she received for this random movie that also starred Justin Timberlake and Jason Segel. Cameron Diaz received the largest paycheck of her acting career for the Jake Kasdan helmed Bad Teacher. She took home $42 million. That far eclipses the roughly $20 million she took home for her Charlie's Angels role.

After that, Diaz appeared in a few more films including What To Expect When You're Expecting, Gambit, The Counselor, The Other Woman, Sex Tape, and Annie. Critics didn't react kindly to her role as Miss Colleen Hannigan. Rolling Stone wrote that Diaz: "overacts to the point of hysteria." For an actress that made her bread and butter in comedies, that wasn't good. Diaz took a hiatus from acting after Annie. In July 2017 she said she was tired of traveling for filming. In March 2018, Cameron Diaz retired from acting.

With a net worth of $140 million, Diaz doesn't have to worry about much. And she'll always know that for that one random film in 2011, she brought home $42 million.