By Dan Farkas on June 4, 2015 in Articles › Entertainment

Carolina Panthers quarterback Cam Newton will occasionally strike a Superman pose after scoring a touchdown. Newton's new contract might cause NFL quarterbacks around the league a reason to do the same thing when signing their next contract.

Newton recently signed an extension that could pay him $103 million. With most NFL deals, the total value is bloated and never ends up in the player's bank account. It's the guaranteed money and the percentage of that money in the overall deal that matter. A deeper dive shows ample reason to encourage your kid to become a quarterback. 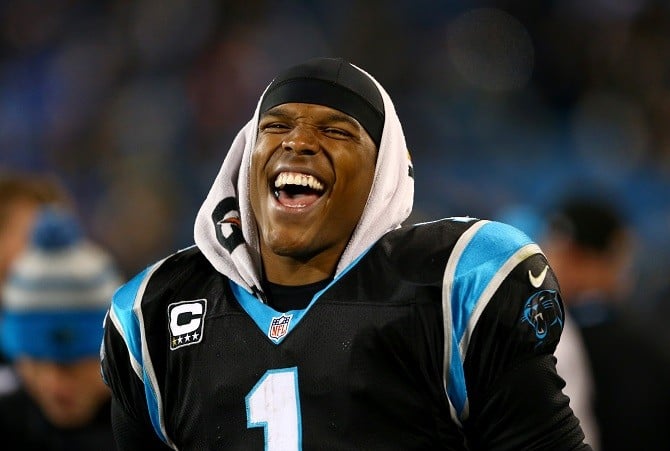 Newton's deal includes $41 million in guaranteed money. That's 39.5% of the entire contract. There are only four elite quarterbacks in the league who have a higher percentage of guaranteed money in their deal and isn't on a rookie deal.

Newton has one career playoff win. In 62 career starts, his team is 30-31-1. Of course, football is a team game. There are plenty of times where Newton played out of his mind and the defense couldn't hold a lead or his receiver couldn't hold a ball. Is Newton good? Definitely. Is Newton great? Arguably. Is Newton elite? Football fans need to see more.

Then there are superstar quarterbacks who will soon have expiring contracts. Russell Wilson won a Super Bowl and should have won a second had his team given the ball to Marshawn Lynch at the goal line. Andrew Luck is on pace to shatter NFL passing records, and his team hasn't had a running game in two years. Not only could their deals top well over $100 million, but more than half of that money will be guaranteed. Even older quarterbacks like Philip Rivers and Eli Manning should be licking their chops when free agency arrives in 2016.

Cam Newton got paid and deserves credit for his hard work. Newton's agent deserves credit as well because this deal just set the bar much higher for NFL quarterbacks seeking new contracts over the next two years.