Buzz Aldrin Suing Two Of His Children And His Business Manager

Astronaut Buzz Aldrin is suing his children for elder exploitation, conspiracy, and breach of fiduciary duty. The 88-year-old is the second man to walk on the moon in 1969. A former U.S. Air Force fighter pilot, he is taking exception to his children's claims that he is in cognitive decline. Two of Aldrin's three children, 60-year-old Andrew and 51-year-old Janice have petitioned a Florida court to appoint them as his guardians, which would give them power over his finances and business dealing and allow them to make decisions on behalf of their father. They claim that Aldrin has been experiencing confusion and paranoia, pointing to a clear case of cognitive decline.

The court documents reveal that Andrew and Janice believe their father is affiliating himself with people who were attempting to manipulate and exploit him. They have asked Aldrin to agree to have his competency evaluated by multiple, court appointed mental health specialists. Aldrin has denied Andrew and Janice's claims and filed a lawsuit on June 7thagainst them and Buzz Aldrin Enterprises business manager Christina Korp. His lawsuit accuses Andrew and Korp of elder abuse, converting his property for their own use, and unjustly enriching themselves at his expense. Aldrin accused his daughter Janice of conspiracy and breach of fiduciary duty. All three defendants hold high ranking positions in Aldrin's companies. 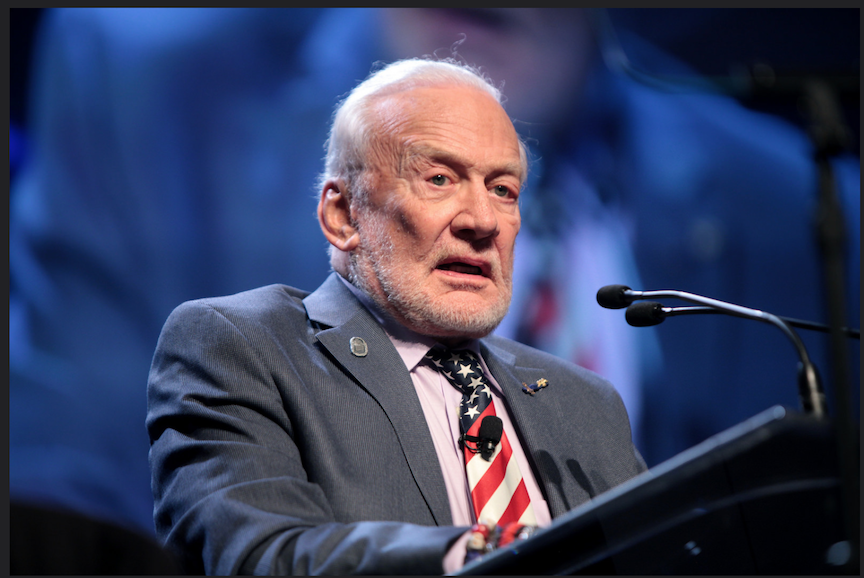 Aldrin accused his son and Korp of using his credit cards and money from his bank accounts without his permission. He claims that they moved $500,000 from his personal savings account to Buzz Aldrin Enterprises and ShareSpace Foundation accounts in order to use that money for themselves. He has also accused them of taking control over his social media accounts, space-related memorabilia, and "all elements of the Buzz Aldrin brand." He has accused them of slandering him and sabotaging his romantic relationships.

Korp was hired in 2007 as an executive secretary. She began taking over his business in 2013, according to Aldrin. She is a director at his ShareSpace Foundation and the VP of marketing at Buzz Aldrin Enterprises. Aldrin has accused Korp of firing the agency he used to book speaking engagements. Instead, she made those arrangements herself and took a 5% commission on anything she booked. By 2016, Aldrin was being booked for events he didn't want to attend or speak at and being forced to endorse products that didn't interest him such as perfume and Faberge eggs. Also, his foundation hadn't granted any scholarships since Korp took over. The legal documents also revealed that Aldrin's 2017 salary was $36,000. Andrew and Korp each made $153,000 as well as reimbursement for first class flights and other expenses.

Andrew and Janice have issued a statement through their lawyers in response to their father's lawsuit.

"We are deeply disappointed and saddened by the unjustified lawsuit that has been brought against us individually and against the Foundation that we have built together as a family to carry on Dad's legacy for generations to come. We love and respect our father very much and remain hopeful that we can rise above this situation and recover the strong relationship that built this foundation in the first place."