By Amy Lamare on August 1, 2018 in Articles › Entertainment

Whitney Wolfe Herd founded Bumble, the dating app that requires that women make the first move, in December 2014. Prior to that she was a co-founder at Tinder, where she reportedly came up with the company's name and served as the VP of Marketing. She exited the company abruptly in 2014 and filed a lawsuit against Tinder and then Match.com parent company IAC, alleging that Tinder's CMO Justin Mateen subjected Wolfe to "a barrage of sexist, racist, and otherwise inappropriate comments, emails, and text messages." Tinder and Wolfe settled the lawsuit out of court. Justin Mateen was relieved of his post. Wolfe reportedly received a more than $1 million settlement in addition to stock in the company.

Well now, Whitney is getting the last laugh as her dating app has been valued at $1 billion, giving the 29-year-old a $230 million net worth. 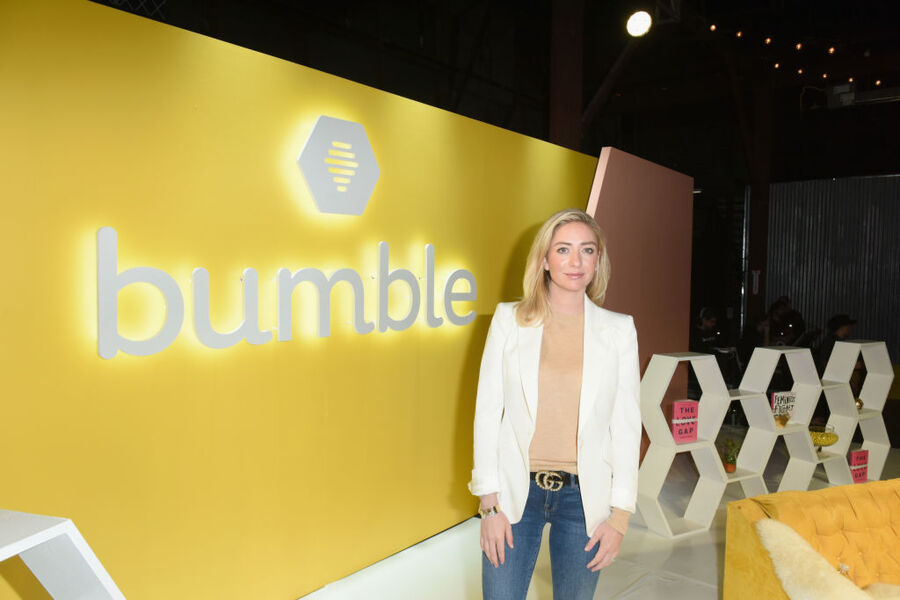 After Wolfe Herd departed Tinder, she didn't have any plans to go back into the world of dating apps. She actually wanted to found a social space for women online. She pitched the idea to Russian billionaire Badoo Andrey Andreev. He didn't love the concept, but he did love Whitney's passion. He advised her to stick to what she knew: dating apps. From that meeting, Wolfe Herd landed on the idea for Bumble. It is pretty simple: when two people match, women have 24 hours to send the first message. If they don't, the match disappears. If they send a message, the man has 24 hours to reply, or the match disappears. Once both parties have sent a message, that timer gets turned off.

Andreev put up $10 million for 70% of the company. He also gave Wolfe Herd access to his dating app Badoo's systems and software. Wolfe Herd brought the marketing prowess to the deal. Within the first month after its launch, Bumble had been downloaded 100,000 times.

Bumble has more than 35 million users and is the fastest growing dating app in the U.S. About 10% pay $9.99 per month for in app perks. The company brought in $100 million in revenue in 2017. That same year, Wolfe Herd turned down a reported $450 million acquisition offer from the Match Group, the parent company of Match.com, Tinder, and a slew of other dating apps and websites. Match.com followed up with a $1 billion offer. Wolfe Herd turned that down as well.

In March, Match.com sued Bumble, accusing it of being a Tinder copycat and claiming patent and trademark infringement. Match also accused Bumble of the misuse of trade secrets. Bumble filed a countersuit, seeking $400 million in damages and calling Match's lawsuit "frivolous" and one that aimed to "chill the market for an investment in Bumble."

The lawsuits are ongoing. The press hasn't hurt Bumble. Since the suits were filed, the app has increased its user base by 5 million.