By Amy Lamare on April 7, 2021 in Articles › Entertainment

There's been a major shakeup in the music world! Bang Si-hyuk's Big Hit Entertainment, which gave the world K-Pop idols BTS, has just closed a $1.05 billion deal to acquire Scooter Braun's Ithaca Holdings, LLC. Ithaca is the umbrella company that essentially owns the careers of artists like Justin Bieber, Demi Lovato and Ariana Grande, to name just a few.

In June 2019, Ithaca/Braun infamously paid around $300 million for the rights to Taylor Swift's first five albums, against her will. In November 2020, he flipped the catalog to an investment fund called Shamrock Capital. Shamrock was founded by Walt Disney's late nephew Roy Disney back in 2009. So, Bang will NOT control Swift's old master recordings as part of this recent deal.

Big Hit Entertainment, which was founded by Bang in 2005, will change its name to HYBE. The purchase of Ithaca is the first big deal in the U.S. market for Bang and Big Hit Entertainment. As part of the deal, Braun will join the board of directors of HYBE.

Bang, a successful songwriter, began to assemble a group of teenagers for a boy band back in 2010. He initially called them the Bulletproof Boy Scouts, later renamed Bangtan Boys, and finally, BTS. He wanted this band to be different from the painstakingly groomed and immaculate idols K-Pop usually churned out. He wanted BTS to be real young men who projected their real personalities and talents.

This was a true break from the way things were usually done in the K-Pop world. Traditionally, production companies trained their bands to be blank slates on which fans ould project their fantasies.

Bang wanted BTS to be artists that audiences could relate to, with personalities and struggles. Unlike other K-Pop artists, BTS doesn't have a strict contract or a curfew. They are allowed to discuss how stardom affects them and what pressure it puts on them. They are as individual as massive superstar boy band group members can be. 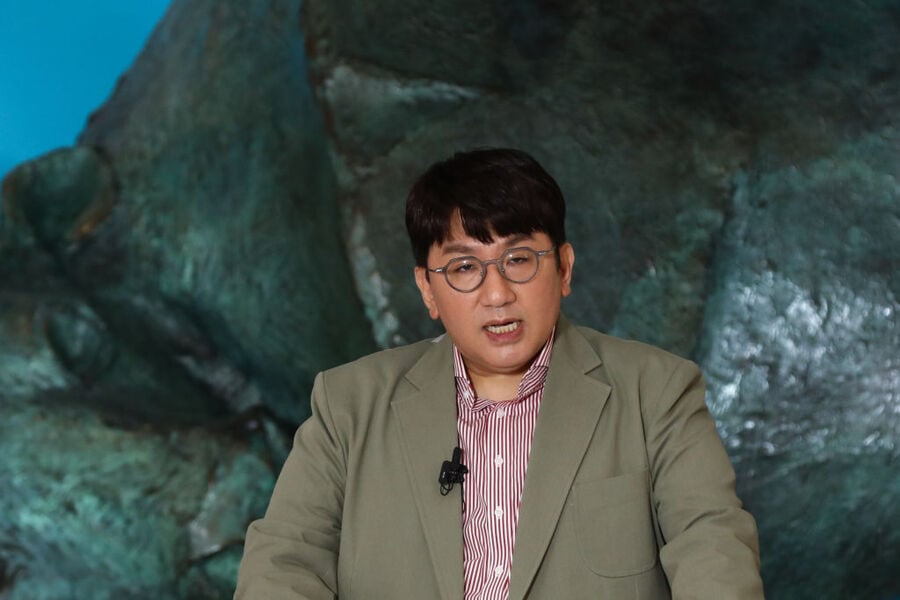 This is just the latest in an absolute flurry of deals in the music industry during the pandemic, which, of course, kept bands and artists from touring. A number of artists including Bob Dylan, Neil Young, and Stevie Nicks, have sold stakes in their music catalogs for hundreds of millions of dollars.

Scooter Braun got his first big break after discovering a 12-year-old Justin Bieber on YouTube.

He founded Ithaca Holdings in 2010 with $120 million in venture funds raised primarily from Uber and Spotify. In 2017 private equity firm Carlyle Group became a minority investor in Ithaca. In 2019 Carlyle Group injected another major round of funds at an $800 million valuation. After the investment Braun was still reportedly the majority owner.

It has not yet been reported how much Braun will take home from the Big Hit deal. He could be the majority owner at 51%… or 99%. Either way it would represent a significant windfall for the impresario who we pegged at being worth $400 million when Ithaca was valued at $800 million.

Fun fact about Scooter – When he goes out to dinner with his in-laws, he's actually the poor guy in the room. Scooter's father-in-law, David Cohen, is the President and CEO of a Canadian mining company called esrey Resources (the first word is purposely lowercase). Previously he was the founder of the Gold Wheaton Group which he sold in 2011 for $1 billion. Prior to that he was the co-founder of Northern Orian Resources Inc. which was sold in 2007 for $1.5 billion.

Scooter and his wife Yael own a $13.5 million house in Brentwood, right across the street from her parents' $12 million house!