Brooklyn Beckham is the 22-year-old son of David Beckham and former Spice Girl Victoria Beckham. He will soon be walking down the aisle with 25-year-old actress Nicola Peltz. Nicola is best known for her role as Katara in "The Last Airbender," for her role in "Bates Motel," and as Tessa Yeager in "Transformers: Age of Extinction."

Nicola is the daughter of billionaire Nelson Peltz. Her mom, Claudia Heffner Peltz is a former fashion model and the third wife of Nelson. Nicola has one sister and six brothers, including former professional hockey player Brad Peltz and actor Will Peltz.

Nicola's aunt, Chandi Duke Heffner, is a character with an interesting past… 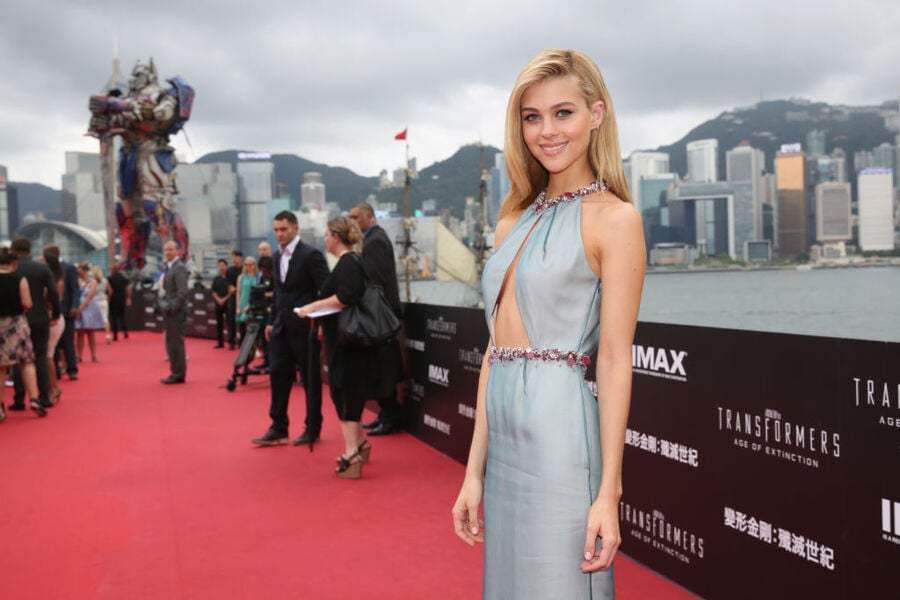 Chandi is a former belly dancer and Hare Krishna.

In the 1980s, Chandi moved to Hawaii where she struck up a friendship with the eccentric and reclusive woman named Doris Duke.

In case you've never heard of Doris Duke, open the following article in a separate tab and read it in a minute:

In 1925, The Second-Richest Person In The World Was A 12-Year-Old Girl

For some reason, Doris actually came to believe that Chandi was the reincarnation of her daughter Arden.

The two proceeded to travel the world together, enjoying Doris' wealth. They spent time in Russia, went to Romania for "fountain of youth" treatments, shopped for a $25 million Boeing 737, and adopted two camels after Doris learned they were an endangered species. Chandi managed Doris's staff and advised her on financial matters. They were inseparable and traveled between Doris's huge New Jersey farm, her Newport, Rhode Island estate, and "Shangri-La," her palatial property on Oahu, Hawaii.

Here's where it gets weird: Doris adopted Chandi in 1988. Why is that weird? Chandi was 35 years old. Doris was in her mid-70s.

Upon adopting the 35-year-old, Doris reportedly promised to take care of Chandi in the manner she'd become accustomed to for the rest of her life and make her the executor of her will.

Once Chandi was adopted she took control of Duke's life – running her households, advising her on finances, and traveling with her all over the year. Duke bought Chandi a horse farm on the big island of Hawaii that she lives on to this day. And then, in 1991, Duke cut Chandi off. The reasons for this are unknown to this day. But, Duke had reportedly promised to take care of Chandi for the rest of her life.

According to the terms of her will, the vast majority of Doris' fortune went to charity. Today the Doris Duke Charitable Foundation controls assets worth approximately $2 billion in assets. The Foundation has already given away $1.84 billion in its roughly 30 years of existence.

Chandi sued Duke's estate. Incredibly, she was awarded a $65 million settlement. That's the same as around $125 million in today's dollars.

Today, Chandi lives on a palatial farm in Hawaii. She takes in rescued horses, donkeys, pigs, birds, and other animals.

And she'll soon be related to David and Victoria Beckham by marriage! What an interesting life…