By Amy Lamare on August 26, 2020 in Articles › Entertainment

It's been 12 years since James Spears took over his daughter Britney Spears' life and finances. At the time, it seemed warranted. She wasn't in the best space back then. We all remember shaved head, umbrella wielding, lost her mind Britney of that era. However, that was then and this is now. Britney is now 38 years old, going on 39. She has two teenage sons. She's been in a stable relationship for a while now. Her Las Vegas residency was wildly successful. She even indefinitely postponed her next residency to help care for her father when he was ill. And yet, she's still not allowed to make her own choices regarding her life or finances. She wanted to change that and on Wednesday, August 19, she went in front of a judge in a Los Angeles courtroom to ask that her father be removed as her conservator.

From 2008 to 2019, Britney's father has overseen almost every detail of his daughter's life. He has a say in her relationships, friendships, health, her comings and goings, and, of course, her financial affairs. James Spears has the ultimate authority over his nearly 39-year-old daughter's professional and personal life. Britney is done. She wants some control back. And can you blame her? Nope! 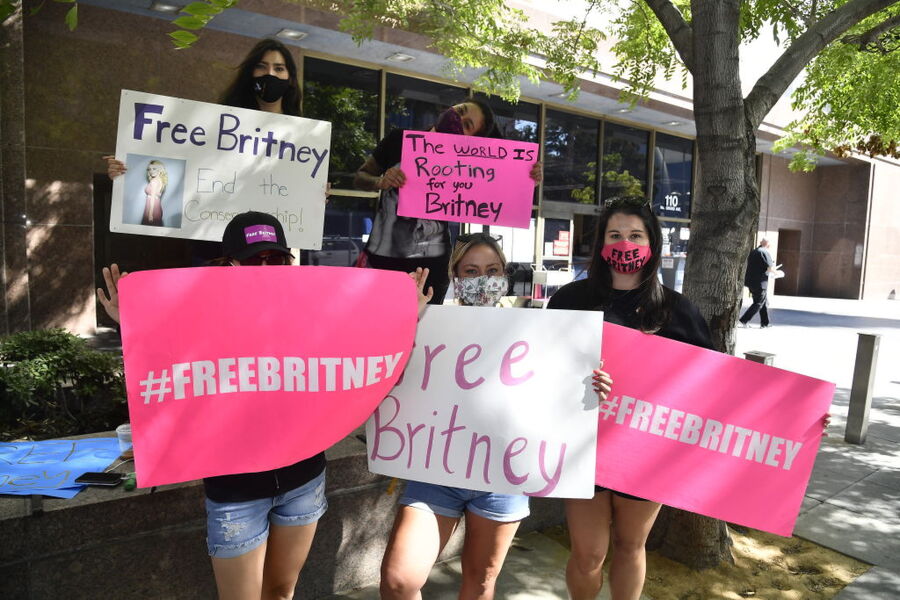 No one is arguing that the conservatorship wasn't necessary back in 2008 or 2009, etc. But since that time, Britney has done a remarkable job of rebuilding her life and career. Additionally, there's been growing sentiment amongst her fans that her father is taking advantage of his position as her conservator for his own benefit. This led to the fan movement #FreeBritney.

Things got tense last year when Britney first went to court to ask for her freedom. She told the court that James Spears had her committed to a mental health hospital against her will and altered her meds. James Spears didn't come out of this looking like the good guy when he then filed a defamation lawsuit against the founder of a Britney Spears fan site. In late 2019, James Spears temporarily stepped aside as conservator when he had health issues. A licensed professional conservator stepped in during that period.

James Spears was scheduled to resume his conservatorship and Britney didn't want that to happen. She filed legal documents that revealed she is "strongly opposed" to having her father reinstated as her conservator. She requested that the conservatorship "be changed substantially in order to reflect the major changes in her current lifestyle and stated wishes."

Now, let's be clear, Britney wasn't asking to be free of her conservatorship completely. And for that clarity, she probably should have been allowed to live and spend as she wishes. She was asking that the licensed professional conservator that was appointed to her case in 2019 stay on. She also wanted to be able to decide when to end the conservatorship if she chooses. Britney's attorneys expected her father to "aggressively contest" his daughter's wishes.

Fans of Britney gathered at the downtown Los Angeles courthouse her hearing is scheduled for in a show of solidarity and calls to #FreeBritney.

Unfortunately for Britney, the judge in her case didn't feel it was time to make a change to her conservatorship. In particular, certain legal filings need to happen before a true trial can happen and her legal team has not filed those. So the hearing on August 19 ended up being a scheduled conference over the status of her conservatorship. Nothing has changed as of now.

Apparently, a declaration was filed at some point that says Britney isn't able to make important life decisions on her own because she is mentally ill. "Sources" (because we question anyone "close to Britney" who'd speak like this) said she's not well and hasn't been for more than a year. People close to her conservatorship revealed that Britney's doctors over the last 12 years have said the conservatorship is necessary for her safety and survival.