We Break Down The Economics Of The World Cup. It's A Massive Business – But Is It A Good Business?

Soccer is a sport involving 22 people kicking around a ball. That's essentially the entire concept. Because soccer is so simple, it requires almost nothing to get a game going. Unlike American football or Lacrosse, which both require hundreds of dollars of upfront equipment investment just to get a pickup game going. The point is, no matter how poor you are, you can probably afford to play soccer. And while other sports may boil down to a similarly simple premise, the one-month global soccer tournament hosted by FIFA known as the World Cup, has an economic impact unparalleled in any even on the plant. As you might expect, the World Cup is a humongous global business that generates billions of dollars in revenue for FIFA. But what happens to those billions? And who is plunking down those billions? Here's a breakdown of the dollars and where they go. 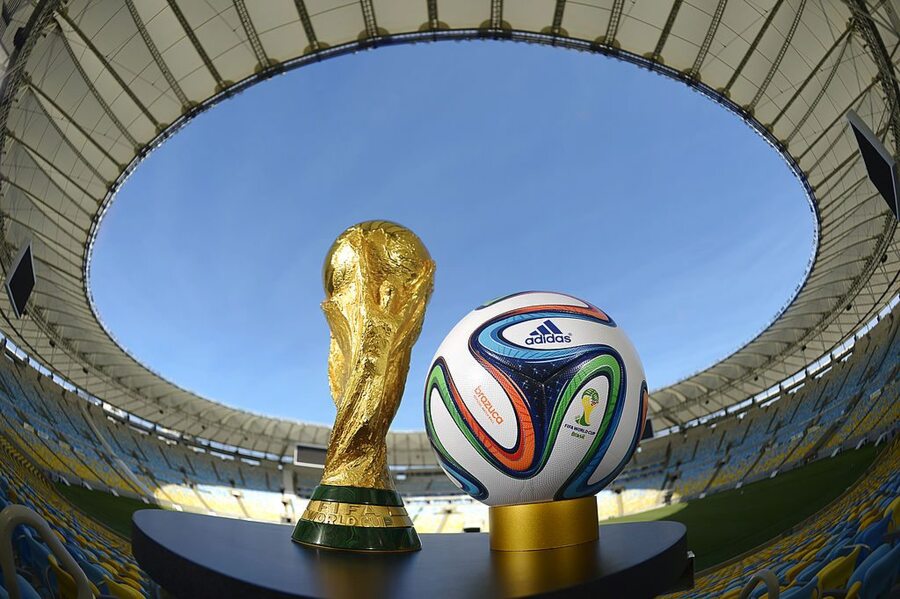 The most recent reports suggest that the 2014 FIFA World Cup will generate $4 billion in total revenue. That's 66% more than the 2010 tournament in South Africa. FIFA generates this money in two primary ways: #1) Broadcast Rights. The first big chunk of revenues come through selling broadcast rights fees to television networks across the planet. FIFA will earn $1.7 billion in broadcast rights alone for the 2014 World Cup. What are these networks paying for? Eyeballs. Take a look at these eye popping viewership stats from the 2010 World Cup:

• 3.2 billion people watched for at least one minute.

Keep in mind, South Africa is several time zones away from the North America, making it fairly difficult for people in Mexico, Canada, Brazil etc to watch the action live. If it's 9 a.m. in New York, it's 3 p.m. in South Africa. With the tournament being played in Brazil, which has fairly reasonable time zones for North America and even Europe, the global audience should increase noticeably in 2014.

A higher audience means more global media exposure which brings us to the second major revenue source for FIFA: #2) Marketing rights. When you watch post-match interviews, there are dozens of logos behind the coaches and players. A separate report suggest brands like Coca-Cola, Sony, Visa, Adidas and Hyundai are throwing down between $50 and $100 million to be present at the World Cup. In total, FIFA will generate an estimated $1.4 billion in marketing rights for the 2014 World Cup alone.

Between just those two sources alone, broadcast rights and marketing rights, FIFA will earn $3.1 billion dollars off the 2014 games. FIFA will earn another $900 million from more than a dozen other sources like merchandise sales, licensing rights, marketing rights, ticket sales etc… As crazy as these numbers are, revenue is actually expected to increase in future World Cup events. As sports programming fees go through the roof in sports that don't generate great ratings, FIFA benefitted from a bidding war in the United States. ESPN paid more than $100 million to broadcast this World Cup. FOX will reportedly quadruple that rights fee to air the 2018 and 2022 World Cups.

Granted, FIFA spends plenty putting together the games every four years. The total tournament prize pool is $576 million. Every qualifying team is guaranteed $8 million in prize money and the winning team splits $35 million. After all expenses, FIFA expects to earn $2 billion in profits from this World Cup in Brazil. What happens to these profits after the tournament? Technically FIFA is a non-profit governing body. According to FIFA, all money that's leftover after expenses is plowed right back into the sport of soccer. Even in non-World Cup years, FIFA operates many tournaments around the globe. Roughly 50% of FIFA's profits are spent organizing these events. It also operates philanthropic "Football Development" projects to help promote the sport. Certainly a small fortune of FIFA's profits find their way to the pockets of executives like its current President Sepp Blatter who is paid a salary of $1.4 million to run this "non profit". It should also be noted that FIFA has a $1 billion trust fund that it does not use for any development projects of philanthropy. It just sits in a bank right now. Also, FIFA spent roughly $30 million to finance a full length feature film about the creation and history of their organization.

While FIFA is smiling all the way to the bank, the host country may not make out so well. Moody's described the economic impact to Brazil at "fleeting," with Brazil receiving about $11.1 billion in economic impact. That sounds huge, but in a $2.2 trillion economy, that's just .505% of Brazil's overall economy. South Africa faces similar struggles, thought it says infrastructure improvements have made impacts that are tough to measure in the short run. Regardless, nothing FIFA does is small. From hundreds of millions in right fees to billions in marketing, the global game is a global cash cow.