By Amy Lamare on December 1, 2020 in Articles › Entertainment

Brad Pitt may be one of the most famous people on the planet and he may be in the middle of a messy divorce and custody battle with Angelina Jolie, but that hasn't stopped him from giving back. Pitt has been quietly volunteering at one of the Watts housing projects in Los Angeles for months. The actor has been showing up with trucks full of boxes of food containing fruits, vegetables, milk, and juice. This all started this summer when Pitt showed up at Watts with his friend Flea, the bassist of the Red Hot Chili Peppers. Community leader DeAnthony Langston called Pitt a good Samaritan for helping Watts during the pandemic. Langston said Pitt told him, "You could really use us right now because white guilt is at an all-time high." 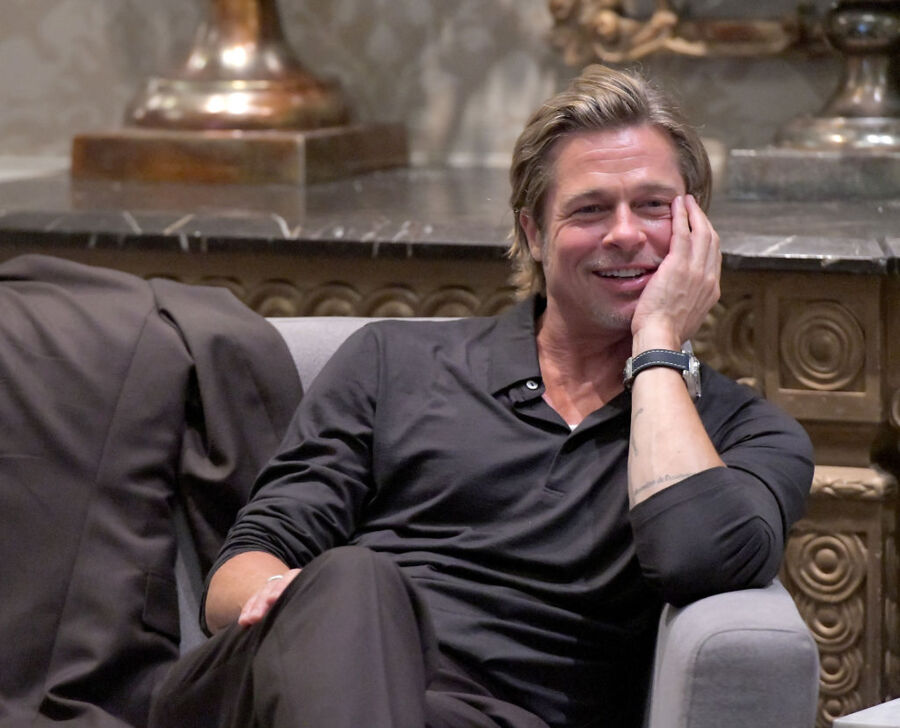 Since that first trip, Pitt has returned to Watts 30 times. Langston said he spoke with Pitt a few times without realizing who he was due to the face mask he wore. Pitt and Flea ordered the food – potatoes, lettuces, vegetables, fruit, milk, chicken, turkey, cheese, juice, and yogurt – enough food for a week. They even handed the boxes of food out to people who needed it. Langston said:

"Watts is a pretty tough place but Brad is just a real person, a real cool cat who really cares about the community. He's always bringing stuff over that's dope for the community, he's unbelievable. He will stop and talk with people, pose for pictures and for videos and he doesn't mind at all."

People in Watts have said that Pitt doesn't stop all day and really puts in the work. He was as involved and probably much more involved than anyone else on the scene. He spends between three and four hours at the housing project each time.