By Amy Lamare on September 23, 2021 in Articles › Entertainment

Angelina Jolie has a real problem with her ex-husband Brad Pitt. She can't seem to stop filing lawsuits against him or doing other seemingly vindictive things to delay the final division of their shared property. In my view, she won't let him just live and move on in peace.

As a refresher, Jolie filed for divorce from Pitt in August 2016. At the time she requested full custody of their six children. Last summer, five full years after the divorce papers were filed, the couple had yet to settle their differences or custody agreement. There was a moment where things seemed calm and settled, but Jolie just threw a wrench back into the system.

Angelina is now reportedly causing trouble with the 1,000-acre estate and vineyard the former couple owns jointly in France.

Known as Chateau Miraval, the couple originally leased the property in 2008 with an option to buy. They ultimately exercised that option. According to recent court filings, the chateau is worth around $164 million USD. 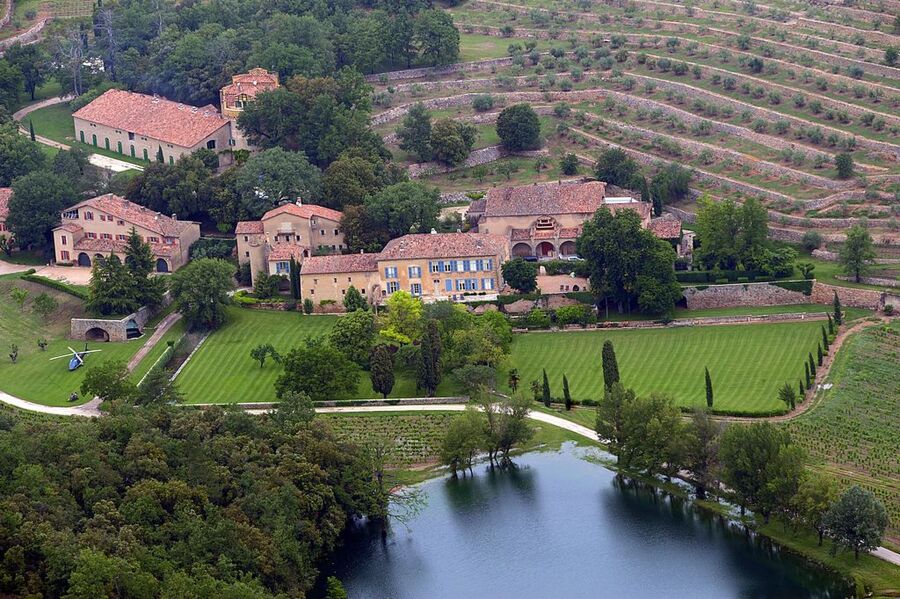 Brad and Angelina married at Chateau Miraval in 2014. Today they are each 50% owners of the estate, but that wasn't always the case.

According to the court filings, when they first leased the property in 2008 (with the option to buy), Brad owned 60% through his company, Mondo Bongo and Angelina owned 40% through her company, Nouvel.

In 2013, Pitt sold 10% of his stake to Jolie for one Euro, making them equal owners. That one Euro transaction is actually making their current dispute extra complicated. According to local laws, that acquisition is arguably not valid because the shares were not sold for a legitimate amount. In theory, that makes Pitt the majority owner of the chateau.

According to court documents filed in Luxembourg. Mondo Bongo is suing Nouvel. The lawsuit alleges that Jolie (via Nouvel) is attempting to sell her shares, presumably for around $80 million, without consulting Pitt or giving his company his guaranteed right of first refusal.

The lawsuit also alleges that Jolie's company, Nouvel, has thrown roadblock after roadblock up over the years in regards to the business of the chateau, such as delaying the approval of annual operating budgets and the estate manager's salary.

This is just the latest legal issue in the five-year battle in the courts for the former couple. A few months ago Pitt was finally awarded joint custody of their five minor-aged children and Jolie vowed to fight that decision with "everything she has."

The 1,000 acre Chateau Miraval boasts a private vineyard and a mansion with 35 bedrooms. So it's definitely worth fighting over.