Is Bono A Hypocrite? The Answer May Lie In His Tax Returns

By Amy Lamare on November 18, 2017 in Articles › Entertainment

Bono is pretty famous for championing those who need help. In fact, not long ago, One, his anti-poverty lobby group, launched a vicious public attack on tax havens and shelters that allow the very wealthy to hide their money from the tax man. At a press conference in Belgium, a representative for One declared that tax shelters were preventing "massive sums" from being spent to "fight against extreme poverty, disease, and hunger." The spokesman for Bono's One organization claimed that tax havens were costing Third World countries a trillion dollars every year. The spokesman for One went on to say:

"Knowing who really owns and controls these entities would go a long way to follow the money and root out corruption."

Bono founded One in 2004 with support from friends Bill Gates and Bob Geldof. 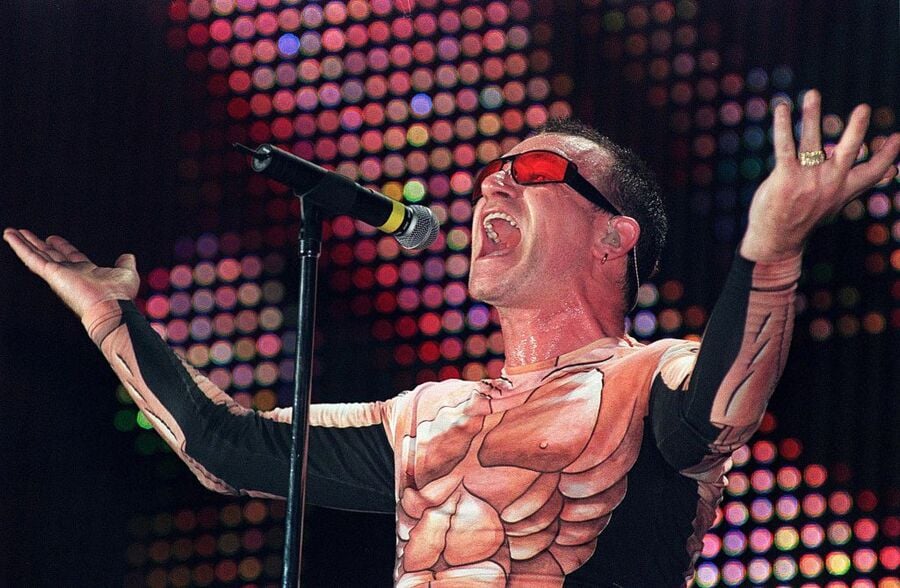 However, it seems that Bono is a bit of an expert on the concept of tax havens and shelters. It has just been revealed that the Irish rock star has a number of creatively named shell companies in tax havens. While Bono has been painting himself as the voice and conscious of the poor, he has, at the same time, been a major shareholder of and director in a shell company called Nude Estates, according to the leak now called the Paradise Papers. Nude Estates was incorporated about a decade ago in Malta, reportedly so that Bono could invest in the property market in Lithuania.

Using his real name of Paul Hewson, Bono teamed up with two Irish business associates to set up the offshore company. Nude Estates then paid $6.7 million to buy a newly built shopping mall called Ausra in Utena, a small suburban town. The mall has a pizza place, tanning studio, and a number of budget clothing store. The mall was owned by Nude Estates until 2012. Ownership was then transferred from the company registered in Malta to another shell company in Guernsey called Nude Estates 1. The corporation tax in Malta is 5%, whereas the corporation tax in Guernsey is zero. Bono is also a shareholder in and director of Nude Estates 1.

According to the leaked Paradise Papers, the Ausra mall's holding companies were able to avoid paying tax for six years from 2010 to 2016 in spite of the fact that Nude Estates declared profits in five of those six years. At the beginning of the sixth year, the company claimed a large loss that they then could offset against earnings in subsequent years to avoid paying taxes.

A spokesman for the finance ministry of Lithuania said that it was now "performing control procedures" on the Ausra shopping mall's affairs.

At this point Bono is not accused of breaking any laws. Bono's spokesman said he is "a passive, minority investor" in Nude Estates.

That all may be beside the point. Bono is massively famous and uses his fame and influence to rail against offshore tax havens and call for them to be abolished yet here he is using on himself.

This is not, however, the first time Bono has been involved in questionable tax situations that are at odds with his public persona. Back in 2006, the Irish government put a cap on the tax breaks that U2 had been enjoying for years. The band then moved one of the most lucrative parts of their business offshore. U2 Ltd handles the band's publishing royalties. After Ireland did away with tax breaks for it, the band moved the company to the Netherlands. That effectively made the income from royalties on their music tax free.

Let that sink in. Bono has devoted the past two decades to an impassioned campaign to eradicate poverty. He often lobbied governments to spend larger and larger percentages of taxpayers' money on overseas aid. And yet, in an act of total hypocrisy, here he is taking complicated steps to ensure that those same governments could not collect taxes from him. Bono has even gone so far as to criticize big companies in Africa who aren't being transparent about their taxes.

But he does not appear to believe that such standards should to apply to him. Bono even once lectured on the evils of tax avoidance at Davos. All the while he was developing lucrative deals like Elevation, the Silicon Valley venture capital firm he is a partner in. Elevation made more than a billion dollars from an early investment in Facebook. Last year, it was revealed that Elevation paid just $6.5 million in taxes on $1.1 billion in revenue.

Bono may talk the talk when it comes to championing the poor, but he is certainly not walking the walk, making all of his political posturing in concerts simply insufferable.