By Amy Lamare on December 10, 2020 in Articles › Entertainment

Bob Barker is best known for being the long-running host of the game show "The Price is Right." However, at nearly 97, he's accomplished so much more in life. He's been a World War II fighter pilot, a radio host, a television game show host, and now, he's devoted his life to animal advocacy. After Barker retired from "The Price Is Right," he devoted himself full time to making the world a kinder place for animals. Truly, we could all be a bit more like Bob Barker and the world would be a better place.

Bob Barker was born on December 12, 1923, in the tiny town of Darrington, Washington, located southeast of Seattle. He spent most of his childhood living on the Rosebud Indian Reservation with the Sioux tribe in South Dakota. His mother was a schoolteacher on the reservation. When Barker was nine, his mom, and stepfather relocated to Springfield, Missouri. He met his future wife, Dorothy Jo Gideon at an Ella Fitzgerald concert while he was in high school. They began dating when he was 14. He went to Drury College on a basketball scholarship and was a member of the Sigma Nu fraternity. In 1943, Barker joined the U.S. Navy Reserve as a commissioned officer and trained as a fighter pilot during World War II. He remained in college until he graduated summa cum laude with a degree in economics. He married Dorothy Jo during leave from the military in 1945. He spent 18 months learning to fly a number of naval aircraft. He finished his training in early 1945 and was set to deploy that summer but the Japanese surrendered and the war ended before he saw any active duty.

Barker and his wife were living in Florida after the war. Bob was working as a newsreader on the radio when he realized he really wanted to make a career in broadcasting. So he and Dorothy moved to Los Angeles in 1950. He quickly landed a job hosting a radio show in L.A. "The Bob Barker Show" ran for six years. Game show producer Ralph Edwards loved the way Barker interacted with his guests on the show and hired Barker as the host of "Truth or Consequences." Barker became a huge hit and hosted a number of short-lived game shows in the 1950s and 60s while also hosting "Truth or Consequences." Barker hosted the show for almost 20 years and only left it in 1975 to focus on his job at "The Price is Right." 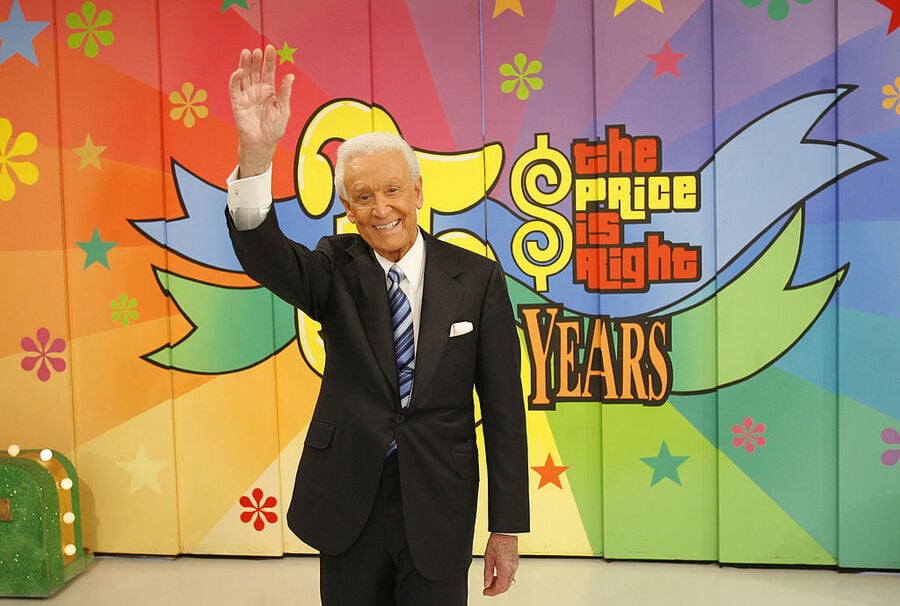 Barker was hired by Goodson-Todman Productions in 1973 to be the host of the revival of a game show from the 50s and 60s called "The Price is Right." The show debuted as a half-hour show and expanded to an hour in 1975. Barker hosted the show for 35 years and Barker became part of television history. His most famous trademark was how he closed every show since 1982: "Help control the pet population: Have your pets spayed or neutered." He signed off this way because he was (and still is) a huge advocate for animal rights. In fact, when he left "The Price is Right" he asked Drew Carey, the new host, to continue signing off that way. Carey honored Barker's request and the tradition continues to this day.

Dorothy Jo Barker died in 1981 and Bob turned to animal rights activism to help him manage his grief. He'd been an animal lover since he was a small boy. In the decades since his wife died, Barker has done a tremendous amount for animal rights. He resigned as the host of the Miss U.S.A. Pageant in 1988 after hosting it for more than 20 years because the producers refused to ban the contestants from wearing fur. He founded the DJ&T Foundation, named for his late wife and late mother. The foundation helps pay for pets to be spayed and neutered.

He's given so much money to the Sea Shepherd Organization, which uses aggressive tactics to stop Japanese whaling ships, that the lead ship in the fleet is named for him. Bob Barker subsequently purchased a helicopter for the Sea Shepherd Society. Here's a video of the "S.S. Bob Barker" in action against some whaling vessels:

He also donated $2.5 million to PETA to help build their Los Angeles headquarters which is now called the "Bob Barker Building." In 2014 he spent $700,000 to move three elephants from a Toronto zoo to a wildlife preserve in California.

Barker became one of the first stars more than 30 years ago to announce he was a vegetarian. He's been a vocal opponent of marine mammals being used as entertainment and called for the release of the Miami Seaquarium's orca Lolita. He's urged people to stay away from Sea World. He called for the end of military medical drills on live animals. The U.S. Coast Guard has stopped this practice and other branches of the military are following. He narrated a video expose of bears in miserable conditions in roadside zoos in North Carolina. That led to six of the bears being moved to sanctuaries. When he learned that some circus lions were malnourished in Bolivia, he gave $2 million to Animal Defenders International to bring them to a sanctuary in Colorado. He was even on hand when the lions touched down at the airport in Denver.

Barker turns 97 on December 12, 2020, and he has no plans to slow down his animal advocacy work. In fact, since he and his wife didn't have children, he plans to sell most of his belongings, donate the proceeds to animal rights groups, and die broke.